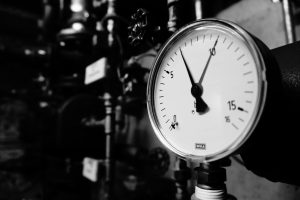 Japanese Prime Minister Shinzo Abe may be on the verge of making a major shift in Japan’s approach to North Korea. In the joint press conference in Tokyo with US President Donald Trump on May 27, Abe stated his determination to pursue a direct meeting with Kim Jong Un without preconditions. It is far from clear, however, that an Abe-Kim summit, which still remains a distant prospect, would yield any meaningful progress on the abduction issue, which would expose Abe to severe criticism at home.

The abduction issue (rachi mondai) has been a major constraint on Japan’s policy toward North Korea for the last several decades. In the 1970s, a number of Japanese citizens disappeared and it has long been suspected that they were abducted by North Korean agents. The Japanese government eventually confirmed that 17 individuals met this fate. Beginning in 1991, Japanese officials tried to discuss this issue with North Korea in bilateral talks but for years Pyongyang consistently denied the allegation. However, in 2002, North Korea dramatically reversed its longstanding position when Kim Jong Il admitted to then Japanese Prime Minister Junichiro Koizumi that a part of its intelligence agency had, in fact, abducted Japanese citizens.

Over the following two years, Koizumi brought back 5 of 17 confirmed abductee victims and their families to Japan. However, Japan and North Korea have been unable to reach an agreement on the remaining 12 victims. The North has insisted that the issue was resolved with Kim Il Sung’s confession, his apology for the abductions, and the return of the 5 victims—and maintains that the remaining 12 either never entered North Korea or have passed away. Japan has rejected Pyongyang’s claim, and has continued to push for the return of the remaining 12 citizens. Because the highest-profile victim, Megumi Yokota, was believed to be abducted when she was only 13, the abduction issue has not only become highly emotional for the victims’ families, but also politically sensitive for the Japanese government.

Prime Minister Shinzo Abe has been a longtime supporter of Japan’s position on the abduction issue. As the Deputy Chief Cabinet Secretary in the Koizumi cabinet, he played a key role in orchestrating Koizumi’s two visits to Pyongyang and the return of the 5 abductees and their families. When he first became the prime minister in 2006, he established a new cabinet-level position for the issue, signaling his strong commitment to the longstanding Japanese position. Since then, Japan has consistently taken the position that it would not engage in any diplomatic talks with North Korea on normalization until the issue is fully resolved; however, because the Japanese government has defined success as the return of the remaining 12 individuals to Japan, it has been extremely difficult for Tokyo to engage with Pyongyang given the North’s stance on the unresolved cases.

Most observers have discounted the possibility that Japan would be able reassert its role as a major stakeholder on the North Korean nuclear issue as long as Tokyo stuck to its view that there would be no substantive engagement with Pyongyang until the abduction issue is completely resolved. Although Abe declared his intention to pursue normalization of Japan-North Korea relations in a speech to the Japanese Diet in January 2019, he steadfastly adhered to the position that his meeting with Kim would have to make progress on the abduction issue, suggesting that this was still a precondition for a summit.

Abe first signaled the potential shift in his position on meeting with Kim Jong Un in a one-on-one interview with Sankei Shimbun, a conservative Japanese daily, on May 1, 2019. He reiterated his intention in his press gaggle on May 6 following his phone conversation with Trump after North Korea launched “flying objects.” Abe’s statement during his joint press conference with Trump made this new position official—one which may be popular among most Japanese. Indeed, his intention of meeting with Kim without precondition enjoys reasonably high public support—a nationwide opinion poll conducted by Kyodo News in mid-May indicated that over 60 percent of the Japanese public support this shift. The meeting Abe arranged between Trump and the abductees’ family members during his visit to Japan was another gesture by Abe to reassure the families that he is doing all he can for them to resolve the issue, thereby insulating him from domestic criticism.

Now that US and South Korean talks with North Korea are at a standstill, Abe may believe he has greater diplomatic and political space to drop his precondition for a meeting with Kim without appearing desperate. Perhaps calculating that the shift in position might lead to a summit with Kim and an opening for greater Japanese involvement in North Korea diplomacy, Abe has also doubled-down since the failed Hanoi Summit on his efforts to maintain close communications with Trump and his staunch support for the US position on North Korea. Speaking to the media on February 28, shortly after his phone call with Trump after the summit, he publicly expressed his complete support for the administration’s insistence that North Korea take concrete steps toward denuclearization and that existing sanctions remain in place. Since then, Abe has met or spoken with Trump several times, reiterating his government’s unwavering support for the US position. Although bilateral trade issues are expected to be the center of discussion when Abe meets Trump again at the G20 Summit in Osaka next month, he will most likely raise the North Korea issue again.

All of these actions will give Abe more room to maneuver as he continues his effort to engage Kim Jong Un. However, it is far from certain what he can achieve with the North Korean leader. Should he return from a summit empty-handled on the abduction issue, he will have exhausted all available means to remove an obstacle that has handicapped Japan’s policy toward North Korea. That would leave him no alternative than maintaining the current policy of maximum pressure. With no real prospect of an Abe-Kim meeting in sight, the Japanese prime minister can stick to his new rhetorical approach for the time being. However, if he does meet with Kim it will be a high-risk diplomatic gamble with uncertain prospects at best for a meaningful reward on the abduction issue.