Recent commercial satellite imagery confirms a June 6, 2019 German media (Die Welt) report of notable improvements to the previously abandoned Taechon reactor[1] site support infrastructure since 2015, as well as other modifications and activity dating as far back as 2004. However, the Die Welt suggestion that this observed activity might be an indication of DPRK intent to restart construction of the 200 MWe reactor is less probable than other possible explanations, particularly given the lack of changes to the derelict reactor proper or its adjacent generator hall. Alternatively, preparations in advance of potential international inspections or the “signaling” of a threat of reconstruction would seem more likely at this time.

Improvements to the Taechon reactor site support infrastructure, as first noted in the Die Welt article, include three new buildings constructed between early 2017 and late 2018. A two-story engineering office building and a one-story support building are located within the engineering office area. In addition, a few small sheds have been built, and roads and pathways serving those specific areas and an adjacent engineering workshop area have been paved. Nearby, a three-section building remains incomplete.

The smallest new building has a blue roof and is located just inside the security gate of what appears most likely to be an improved administrative headquarters area. That building is similar (in size, design and roof coloration) to the four blue-roofed buildings that were also constructed in 2018 at the Yongbyon Nuclear Scientific Research Center. While the exact purpose of those blue-roofed buildings is unknown, they may have been prepared as special support offices for high-level staff or VIP visitors, or future international onsite inspection teams, which would have been expected if a deal had been reached. If this is the case, then it would make sense for the similar building at Taechon to serve the same purpose. It would also indicate that the improvements to Taechon are more likely related to site preparation for such international inspections rather than restarting reactor construction, especially since there have not been any other significant modifications observed near the reactor proper to date.

Figure 2. Three new buildings were constructed in the administrative and engineering support areas from 2017-2018. 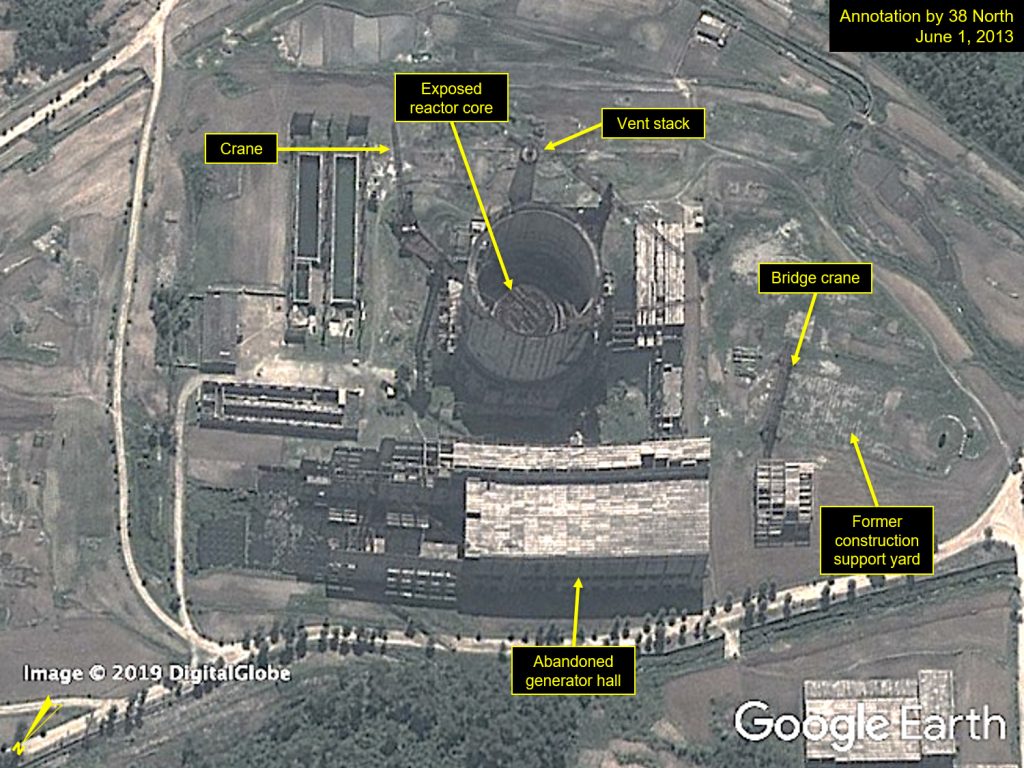 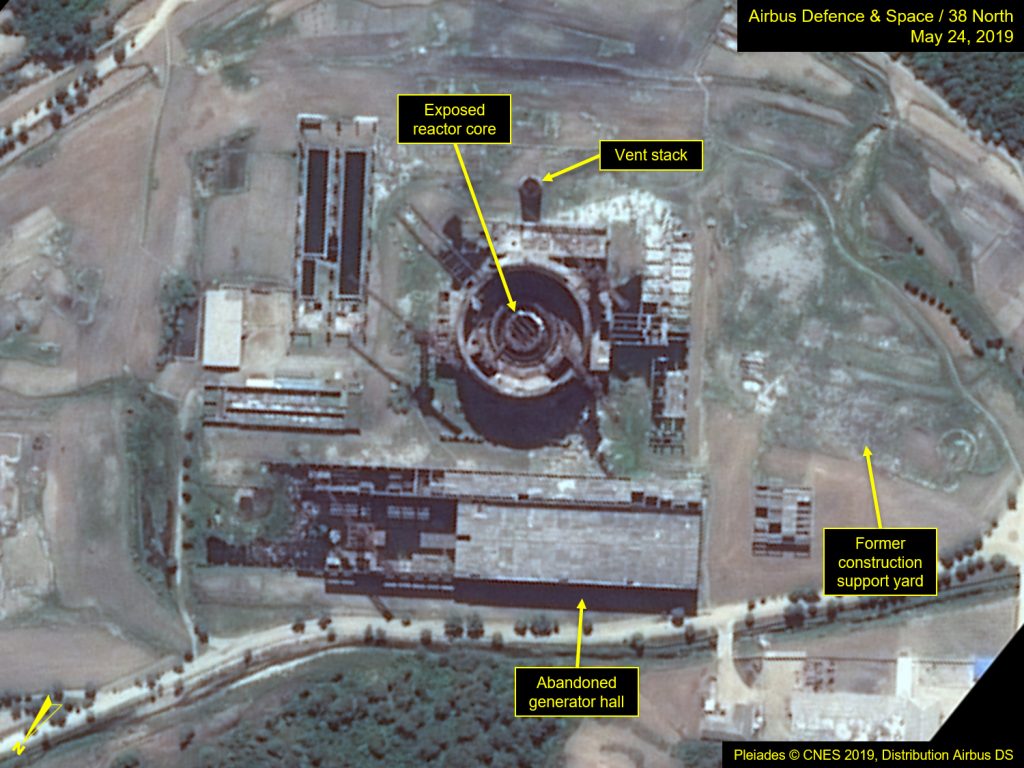 At Yongbyon, there is another derelict reactor (50 MWe), which was also part of the North’s original plutonium production program. As far back as 2002, North Korea had openly threatened to restart construction of both of the Taechon and Yongbyon reactors, which were originally frozen under the 1994 Agreed Framework. The general consensus by outside observers was that if Pyongyang were to proceed along those lines, the 50 MWe was the more likely candidate, being a quarter of the size of the Taechon reactor and housed wholly within Yongbyon (despite being similarly decrepit[2]).

There was also a short period of time in 2005 when preparations for reconstructing the 50 MWe reactor were thought to be underway, based on commercial satellite imagery analysis. In late 2005, the North Koreans had moved a mobile construction crane onto the site of the 50 MWe reactor, which was perceived as a possible indicator that reactor construction would restart soon. However, this turned out to be a false alarm, as no further developments followed, and the crane remains where it was originally placed to this day. Moreover, a larger hammerhead construction crane was removed by 2011.

While the observed support infrastructure modifications and improvements at the abandoned Taechon reactor site, particularly between 2017 and 2018, are noteworthy, it is difficult to discern their intended purpose. However, there has not been any new ground scarring, road grading or other construction support activity associated with the reactor site proper since 2004, which would be expected if there was an intent to restart reactor construction. Moreover, several construction support cranes were removed in the interim, which is also contrary to such intent. Given the continuing decrepit state of the reactor, among the more likely explanations for the noted changes at Taechon would be that they are related to future onsite inspections.