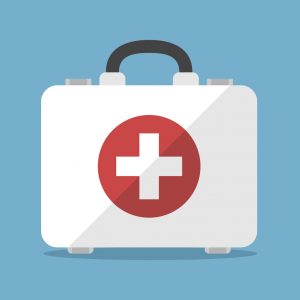 In March 2019, the UN Panel of Experts (POE) published a report plainly illustrating some of the “unintended consequences” of sanctions on the citizens of North Korea. The results were itemized in a list of 22 specific aid programs—implemented by both NGOs and UN agencies—that were delayed by the aid exemption process. This essay analyzes the repercussions of both delays and funding shortfalls on humanitarian aid programming for 2018. We focus on a single question: How many people in North Korea could have died as a result of sanctions and funding shortfalls? We estimate that at least 4,000 North Korean lives could have been saved.

The current UN sanctions regime against North Korea, the most complex in UN history, is a recent development. While the United States has imposed sanctions on North Korea since the 1950s through the US Department of Treasury, the UN did not impose sanctions until after the 2006 nuclear missile test. Since then, UN member states have pushed for progressively harsher sanctions. Separate coercive measures such as unilateral sanctions and diplomatic pressure on donors by the US have compounded the adverse effects on humanitarian aid programs, such as the shutdown of banking channels and substantial funding shortfalls for critical humanitarian programs in North Korea.

In 2018, these strains hindered the delivery of humanitarian aid, and continue to do so despite explicit clauses in sanctions resolutions intended to minimize collateral damage to ordinary citizens. According to the United Nations, the sanctions “are not intended to have adverse humanitarian consequences for the civilian population of the DPRK or to affect negatively or restrict those activities, including economic activities and cooperation, food aid and humanitarian assistance.” Our analysis addresses the impact of both delays due to the UN sanctions exemption process and funding shortfalls from donor reluctance.

In its 2018 Needs and Priorities report, the UN published its planned programming in four aid categories: food security, nutrition, health and WASH (water, sanitation and hygiene). We compared the intended target populations of each program to the actual populations reached from the 2019 UN Needs and Priorities report to identify the “targeted but unreached” population for each category. In order to determine the number of lives that could have been saved, we then compared the estimated deaths in this population to the expected reduced deaths if the entire targeted group had been reached by programming. To calculate the impact of delays, we assumed that each program was operating at half capacity pending exemption approval (an average of 99 days, according to UN Security Council records of in-effect sanctions exemptions and the UN Panel of Experts report from March 5, 2019).

Delays Due to the Exemption Process

Aid to North Koreans, including pregnant women and people with disabilities, was frequently delayed by up to ten months or completely blocked from 2018 to 2019. Two main factors within UN sanctions contributed to these delays: a tedious approval process of up to five months and 12 days, and 59 broad prohibited categories including syringes, needles, and wheelchairs.[1]

A dramatic reduction in delays, by nearly 85 percent, was observed starting in January 2019 compared to 2018. The approval of humanitarian exemptions for UN sanctions only took an average of 15 days in 2019, compared to 99 days in 2018.

North Korean children under 5 exhibited high prevalence of severe acute malnutrition (SAM) and vitamin A deficiency (60,000 and 1.6 million respectively). In 2018, UNICEF treated most of these affected children (55,000 and 1.5 million respectively), but due to funding gaps and delays, UNICEF struggled to reach every child. Among the targeted but unreached population, an estimated 1,650 children under 5 may have perished due to SAM, while up to 343 children could have perished due to vitamin A deficiency.[2]

In 2018, UN agencies had intended to provide 356,891 North Korean people with improved water, sanitation and hygiene. Due to funding shortfalls and sanctions delays, 265,000 North Koreans were not reached. [3] As a result, we estimated that 703 vulnerable people may have perished from preventable diarrheal diseases and parasitic infections. Of the 703 deaths, 95 deaths can be attributed to the delays in exemption approvals from the UN Sanctions Committee for the delivery of water purification equipment.

In 2018, the United Nations Population Fund (UNFPA)…reached only 3,750 pregnant women (1% of those targeted) with emergency reproductive health (ERH) kits, which include supplies to assist with postpartum hemorrhages and eclampsia—potentially life-threatening conditions during pregnancy and delivery. The remaining 337,750 pregnant women targeted by the UNFPA in 2018 did not directly benefit from these life-saving kits.[4]

Of the unreached population, an additional 72 women and 1,200 infants are estimated to have died from lacking ERH kits during delivery. The percent reduction in mortality due to ERH kits (35.5 percent for neonates, 32.2 percent for mothers) is based on a meta-analysis of studies conducted in both rural and urban sites.

Our calculations are based on two main assumptions: 1) that each planned program would have been completed with full funding, and 2) that the portion of the planned programming used to represent each category is a reliable heuristic for the whole. For instance, to determine the number of maternal and neonatal deaths, we assumed that the UNFPA’s full programming would have been equivalent to providing all 341,500 targeted pregnant women with emergency reproductive health kits, leading to a rough but telling estimate of the consequences in that category.

Consequently, the estimated number of total deaths generated by our model is intended to reframe the thinking about sanctions rather than provide a definitive and accurate death count. In fact, we expect that our figure underestimates the number of deaths, as we only analyzed a subset of interventions proposed by UN agencies in 2018. Due to a lack of data, we could not measure the impact of funding gaps or delays on people beyond the age of five in the categories of SAM, vitamin A and WASH. Additionally, we omitted the programming of non-UN agencies, which have all been subjected to similar—and in some cases, more severe—challenges. Further, other logistical factors that reduce aid capacity, such as the loss of a banking channel, difficulties with clearing Chinese customs and logistics companies reluctant to move goods destined for North Korea were not analyzed due to lack of data. Therefore, our estimate represents the minimum number of people who may have died due to the sanctions and funding shortfalls; the true number is likely to be much higher.

The UN Security Council has safeguards in place to protect ordinary people from the impact of sanctions; however, without functioning accountability mechanisms, both UN aid agencies and NGOs face major fluctuations in operational capacity during unstable political conditions. Our analysis shows that, at a minimum, 535 ordinary North Korean people may have died just from the delays in the UN’s exemption process for humanitarian aid items. Our number would likely be much higher had we been able to account for the full impact of international coercive measures such as unilateral sanctions and US Treasury actions.

The UN system has been through this before. The sanctions regime in Iraq was similarly entwined with politics, and there, too, the deaths of innocent people often came as a grim afterthought. If increasingly harsher sanctions continue to be applied in North Korea, ordinary citizens will continue to be harmed for the sake of coercing North Korea to give up its nuclear weapons, setting a dangerous political precedent. If the UN Security Council is serious about its intent to not harm ordinary people when applying sanctions, then it would need to engage aid agencies prior to drafting sanctions and seek continuous input as they are implemented to ensure that critical humanitarian assistance programs are not disrupted.

To their credit, the POE of the Security Council included the impact of sanctions on the humanitarian conditions in North Korea for the first time in its last report in March 2019. The 1718 Sanctions Committee, which is in charge of sanctions against North Korea, dramatically shortened the approval time since the beginning of this year. These corrective actions, however, came too late for some North Koreans. We encourage the creation of a “white list” for humanitarian goods that pose low security risks—a key recommendation from the POE. Items on such a list would no longer require a request for exemptions. Requiring aid organizations to file for exemptions to send in wheelchairs and syringes defies common sense and would hardly contribute to international security.

Our analysis revealed that funding shortfalls were the major cause of reductions in programming and resultant deaths (87 percent of total deaths). While countries such as Switzerland and Sweden tend not to take political considerations into account and donate based on need only, most donors are not so principled. Many have ignored the UN funding request for $111 million for the DPRK in 2018, of which only $27.2 million (24.4 percent) was raised. As more funders decline to contribute, the UN agencies will struggle to provide urgent humanitarian assistance—a core mission for the UN. Ignoring the critical needs of ordinary North Korean citizens is inhumane.

The issue is not whether the world should help fund humanitarian aid to North Korea; this should be a given. Rather, the question should be how to do so in the most efficient, effective and timely manner to prevent as much human suffering and deaths as possible among innocent civilians who should not be collectively punished for the actions of the North Korean government. Experts at UN agencies have already determined urgent needs and priorities according to their objective criteria. As much as possible, the UN should address these needs with core funds, without allowing the desperation of ordinary people to become a political tool. The future success of the UN’s humanitarian mission will depend on how much the UN’s own system can protect itself from members who choose to use the organization to further their own interests.