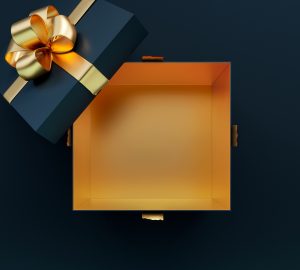 The Kim dynasty has a knack for making some of the most respected North Korea analysts look like amateurs. Predictions about a supposedly imminent development one day turn out to be baseless the next. Forecasts of a North Korean intercontinental ballistic missile (ICBM) test on Christmas Day is just the most recent example of a trend that prioritizes dramatic headlines over substance and nuanced analysis. If there is any lesson associated with the absence of a “Christmas gift” from Kim Jong Un, it’s that many of us need to look far beyond the surface if we wish to make accurate assessments, let alone effective policy.

The Christmas Gift That Wasn’t

From the moment North Korean Vice Foreign Minister Ri Thae Song warned Washington about an ominous “Christmas gift” in a December 3 statement, weapons analysts, North Korea scholars and pundits coalesced around the assumption that a long-range ballistic missile launch was a foregone conclusion. Harry Kazianis of the Center for the National Interest reported on Christmas Eve that the Trump administration was on alert for the possible testing of an ICBM or an intermediate-range ballistic missile, both of which would deliver a clear message to the White House about Pyongyang’s total frustration with the ongoing diplomatic process. Retired Gen. Jack Keane predicted that Kim was “probably going to fire off a long-range missile of some description.” Others speculated that a long-range missile overflying Japan may be on the table. CNN’s Samantha Vinograd may have been less direct than Keane, but her December 15 column was on the same wavelength: “North Korea has been conducting short-range missile tests since May, potentially as a warm-up exercise for testing what Trump is counting on him not to test: long-range missiles and a nuclear weapon.”

While a majority of analysts and the media jumped on the ICBM bandwagon, others took pains to tamp down their predictions. NPR devoted a report to examining a list of “Christmas gift” options for Kim, three of which included an underground nuclear test, a satellite launch and a long-range ballistic missile test. CNBC published an article in which the theme of a Christmas Day missile launch was very much front and center. The Washington Post stated outright that “North Korea…appears to be heading back along a path of weapons tests and aggressive brinkmanship,” citing no evidence whatsoever to support those conclusions other than a few weeks of nasty verbiage.

The most blatant attempt by the media to hype the story, however, occurred during reporting on the comments of Gen. Charles Brown, the US commander of Pacific Air Forces. Speaking to reporters, he listed a number of possibilities for the Christmas holiday. One of them, according to Brown, was a long-range ballistic missile. Yet the General also provided more realistic assessments, such as the North deciding to abandon its long-range missile and nuclear testing moratorium without actually conducting a test. Those comments were apparently lost in translation, because the headlines remained heavily skewed in favor of the most dire possibility, seemingly to attract the most clickbait. NBC News chose to cherry-pick Gen. Brown’s remarks, not even bothering to put his remarks in their proper context or reference any of the other options short of a long-range missile the commander mentioned.

There is no way to sugarcoat it: The mainstream media fueled the false narrative of an imminent event occurring on Christmas Day. Stories with headlines such as Politico’s “Trump careens toward a Christmas crisis with North Korea,” and the New York Times’ “U.S. Braces for Major North Korean Weapons Test as Trump’s Diplomacy Fizzles” tell a misleading tale of an imminent holiday catastrophe. The lede in The Times blared that:

American military and intelligence officials tracking North Korea’s actions by the hour say they are bracing for an imminent test of an intercontinental ballistic missile capable of reaching American shores, but appear resigned to the fact that President Trump has no good options to stop it.

For the most part, the fact that evidence of such a launch was somewhere between murky and non-existent was either brushed away as inconsequential or completely lost in the media hype. What sells for witty quotes and page views doesn’t necessarily correspond with the cold, hard facts.

Why Test an ICBM Now?

Although one cannot entirely rule out the possibility of a short- or medium-range ballistic missile test—the regime, after all, has launched multiple SRBM’s over the last seven months—Kim always possessed sufficient reasons for acting with restraint. Pundits outside North Korea have an unhealthy habit of stubbornly believing that the flashiest event imaginable is also the most likely. Time and again, this has proven to be false. Too few take the time to look at the world through Kim’s eyes—an admittedly difficult task but one US intelligence officials perform every day.

From the North Korean leader’s perspective, another long-range missile test at this time simply doesn’t make sense. Yes, the Kim dynasty is currently under the most stringent international sanctions on the planet. Pyongyang’s revenues are increasingly depleted, even if the regime has managed to recoup some of those losses thanks to poor enforcement and innovative sanctions-busting techniques. But Kim’s financial situation could deteriorate considerably in the event of a blatantly offensive missile test.

At present, the United Nations Security Council is essentially frozen terrain for additional US-sponsored sanctions resolutions. Approximately 18 months since Trump and Kim’s first summit in Singapore, China and Russia have expressed their reluctance to support new UN sanctions and have proposed to eliminate some of the North’s existing export quotas altogether; they are in no way, shape or form interested in tightening the screws, viewing more restrictions on Pyongyang’s economy as inappropriate as long as the moratorium on long-range missile and nuclear tests remains in effect. This is most evident in Moscow’s increase in travel visas to North Korean workers, a transparent attempt to find a loophole around the Security Council’s December 22 deadline to deport North Korean workers from Russian territory.

As it has in the past, an ICBM test would scramble the politics at the Security Council virtually overnight. Beijing and Moscow would be forced to reassess their position. This isn’t Kim’s first rodeo; he understands that while China and Russia may be throwing a wrench into the US’s strategy this week, both nations are willing to partner with the US if redlines are crossed, and recent history has shown that ICBM tests would cross that line. When Kim tested the Hwasong-14 missile in July 2017, Beijing and Moscow agreed weeks later to a Security Council Resolution that placed a ban on North Korean coal and seafood exports. When Pyongyang tested the Hwasong-15 in November 2017, the Chinese and Russian delegations spent the next month debating and signing on to a Resolution that capped the North’s heavy oil imports. In the years since, Kim has vastly improved his personal relationships with Xi Jinping and Vladimir Putin through five high-profile summits. The costs of alienating Pyongyang’s two large neighbors, at a time when both Beijing and Moscow are helping to prop up the North Korean economy and carrying its water in the UN, are not worth the perceived benefits of sending an ICBM into the sky.

The Bonfire of Trump’s Vanity

Although Kim may believe he retains a strong negotiating hand over Trump, the North Korean leader cannot afford to bury his head in the sand by mindlessly conducting an ICBM flight test. And as much as the media depicts Trump as a fool who doesn’t comprehend Kim’s motives, the US president has been quite consistent on what type of North Korean behavior he will and will not condone. The one thing Trump will not accept is if Kim’s actions cause him personal and political embarrassment.

Since May, the Kim regime has conducted 13 rounds of ballistic missile testing. Missile experts have been dumbfounded by Trump’s dismissal of these tests given the technological enhancements they have made in the North’s missile inventory. But as long as those missiles could not reach the United States, Trump could continue to claim that his direct interaction with Kim decreased hostility between Washington and Pyongyang, deprived the North of an opportunity to improve the reliability, range and accuracy of its ICBM program, reduced the risk of conflict on the Korean Peninsula, and produced a minor detente with a historic enemy. Whether Trump’s claims were true is beside the point; for a president obsessed with his public image, the absence of ICBM (and nuclear) tests handed him a foreign policy success during a tough election year.

All of the hand-holding and letter-writing between Trump and Kim, however, would come to a screeching halt if the North conducted an ICBM test. Trump is an extremely thin-skinned individual who can’t stand the perception of being fooled. After spending 18 months bragging about North Korea’s lack of long-range missile tests, Trump would be unlikely to take such a violation sitting down. To the contrary, given his history, Trump would interpret an ICBM launch as a personal insult from Kim that deserved retribution.

None of this would serve Kim’s interest. If his primary objective is to end seven decades of hostility with Washington while at the same time holding on to at least a portion of his nuclear weapons capability, embarrassing the president by breaking the moratorium would be incredibly stupid and short-sighted. Rather than getting Trump to blink and offer concessions, an ICBM test would be more likely to incite a temper tantrum and convince him to abruptly walk away from negotiations completely.

North Korea’s holiday gift turned out to be an empty stocking. The day came roaring in and left with a whimper. The Kim dynasty has yet again schooled many American experts in the art of deception. The lesson is obvious for those who choose to see it: Hyperbolic predictions may make for good TV, but they seldom can be classified as impartial, fact-based analysis. Assuming how the North will behave is often a mug’s game and reinforcing those assumptions with trumped-up and, in some cases, semi-hysterical headlines does nothing to further the rational and sober conversation about North Korea policy that Washington desperately needs.