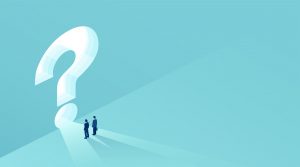 A spokesperson for North Korea’s Academy of National Defence Science announced that a “very important test took place at the Sohae Satellite Launching Ground on the afternoon of December 7, 2019.” The results of the recent test, according to the report, “will have an important effect on changing the strategic position of the DPRK.” No additional information and no photographs from the test site were made available. The paucity of data from the test makes an analytical assessment difficult.

Despite the lack of information, Twitter and media outlets are rife with speculation, with some analysts suggesting that North Korea ground tested a large, solid-fuel rocket motor designed for a notional intercontinental ballistic missile, or ICBM.[1] Based on previous activity at the Sohae Vertical Engine Test Stand, it seems more likely that the test involved either an existing liquid-fuel engine, or a new, unknown engine.

The Vertical Engine Test Stand at Sohae is the largest in North Korea. It has hosted numerous tests over the last half-decade, including static firings of the RD-250-type engine in September 2016 and again in March 2017. Variations of the RD-250 engine power the first stages of the Hwasong-12 intermediate-range ballistic missile (IRBM) and the Hwasong-14 and -15 ICBMs. No solid-fuel motor is known to have been tested at the Sohae site.

The Vertical Engine Test Stand at Sohae—as captured in photographs of the RD-250 tests—appears to be designed only for liquid-fuel engines, which are much lighter than their solid-fuel counterparts. The single-chamber RD-250 engine, for example, weighs roughly 500 kg. When placed on the test stand, the engine, plus instrumentation, thermal protections and other elements weigh no more than 2,000 kg, likely considerably less. The liquid propellant used by the engine during the test is typically stored in large tanks near the test stand. Consequently, the test stand’s structural configuration appears to be designed to withstand the thrust generated by the engine during testing, but not necessarily to accommodate a much heavier test article, which induces loads in the opposite direction. A stage test of the Hwasong-15, which included the entire first stage of the missile, plus propellants, would require substantial modification of the stand’s superstructure to withstand its mass of more than 50,000 kg.

Solid-rocket motors are configured very differently than liquid-fuel engines. Solid motors consist of a cylindrical casing that holds the propellant. An expansion nozzle is inserted into the aft end of the motor to provide an escape of the hot gases generated during the combustion process. Thus, when ground testing a solid motor, the test stand must hold in place the mass of the entire motor.

First-stage, solid motors of an ICBM typically weigh between 20,000 and 30,000 kg. IRBM motors weigh between 15,000 and 20,000 kg. The massive weight of solid motors generally compels engineers to test them horizontally, rather than vertically. In the horizontal position, the motor can be placed on a wheeled cradle, where the thrust can be directed into a large restraining block.

There are drawbacks to testing solid motors horizontally, mostly having to do with the management of molten alumina slag that accumulates near the bottom of the motor during the combustion process. Therefore, a motor tested vertically will better represent the thermal loads induced by the molten slag during flight. Specially designed and built vertical test stands are sometimes employed for this reason. In general, however, more than 95 percent of large, solid motors tests are conducted horizontally. North Korea tested a solid-motor in March 2016 using a horizontal stand situated near Hamhung.

North Korea may have overhauled and substantially reinforced the Vertical Engine Test Stand at Sohae to accommodate large solid motors when it rebuilt the stand earlier this year. But this seems unlikely given the expense and the less-than-compelling need to test solid motors in a vertical position. Rather, it is more reasonable to expect Pyongyang to spend its limited resources on more worthwhile missile development efforts.

What Did North Korea Test at Sohae?

Satellite imagery of the Sohae site from December 7 and 8 indicates ground disturbances consistent with either a large liquid engine or solid motor test. However, it is not possible to identify the type of propulsion system fired. For reasons described above, it is more reasonable to conclude that a liquid engine was tested by North Korea’s engineers. But did the test involve an engine based on RD-250, or 4D10 (i.e., Musudan) engines or something new? Again, we cannot answer that question without additional information or photographs from the site.

North Korea has good reason to test the RD-250 derivative used on its IRBM and ICBMs, if these systems have entered serial production. Engines coming off a production line need to be tested to ensure quality and reliability. It is common, for example, to ground test every engine destined for use on a satellite launcher to validate its performance characteristics and dependability. Ground test costs are small relative to those of a failed rocket that destroys a very expensive satellite.

IRBMs and ICBMs, which are manufactured in large numbers over a short time, may not ground test every engine that is mated to a missile, but a significant percentage of them are subjected to ground tests. If North Korea has begun serial production, it would very likely want to test at least some of the manufactured engines to ensure performance and reliability standards are maintained, particularly if the number of long-range missiles Pyongyang plans to deploy is less than a few dozen.

North Korea’s claim that the test was special suggests that perhaps a new engine design was fired. What that engine might be is anybody’s guess. One leading possibility might be a cluster of four or six RD-250 combustion chambers for a notional satellite launch vehicle capable of lifting a heavy satellite to medium- or high-altitude orbits. Such possibilities are speculative, of course, but they would be consistent with some of North Korea’s previously stated ambitions to orbit large satellites.

Regardless of what North Korea may have tested, it seems likely that we will soon find out when either a new ballistic missile or satellite launch vehicle is fired in the coming months. Perhaps patience has some virtue as we await the launch of a new system. Pressures for instant analysis are understandable but as we have found out in the past, it is often wrong.