North Korea continues its new practice of releasing colorful audiovisual presentations of Kim Jong Un watching ground tests of rocket hardware, presumably as a way of signaling constant progress in the development of North Korean space and missile systems. This weekend’s test was of an integrated propulsion system for a large rocket or missile. Pyongyang claims that this “new-type high-thrust engine would help consolidate the scientific and technological foundation to match the world-level satellite delivery capability in the field of outer space development”—a bombastic way to say that this engine is meant for launching satellites, not missiles.

Photographs released by KCNA shows a propulsion system consisting of one core engine surrounded by four verniers. We may have seen the core engine before; it is similar in size and appearance to an engine tested last September. That engine was assessed as producing approximately 160,000 pounds of thrust, using high-energy propellants, and being better suited for use in satellite launch vehicles than ballistic missiles. The engine tested in September included no visible steering mechanism, leading us to speculate that perhaps North Korea was planning to swivel the entire engine on gimbals. North Korea has traditionally used either jet vanes or separate vernier engines for steering—easier but less efficient practices—and it may be that they simply didn’t have the verniers ready last September.

There are differences in the plume and the plumbing configuration between last September’s and this weekend’s engine tests. These may be due to the incorporation of the verniers, but we should not rule out the possibility that the core engine itself may be different. The new engine’s core may be slightly smaller than what was tested before. An upscaled derivative of North Korea’s old Nodong missile engine might fit what we are seeing, and while it would not be as efficient, it would probably be easier for North Korea to manufacture domestically.

Figure 1. North Korea’s latest rocket engine test (“before”) compared to the engine tested in September 2016 (“after”). 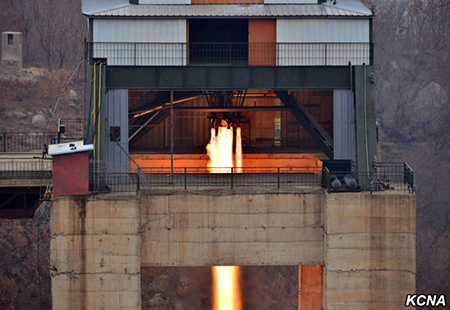 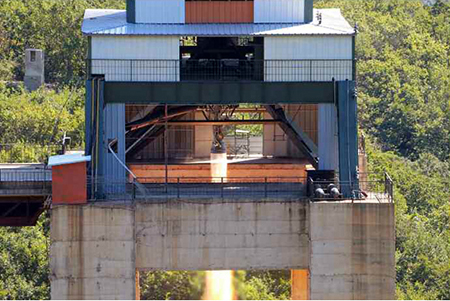 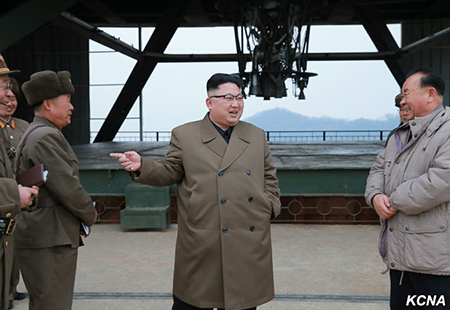 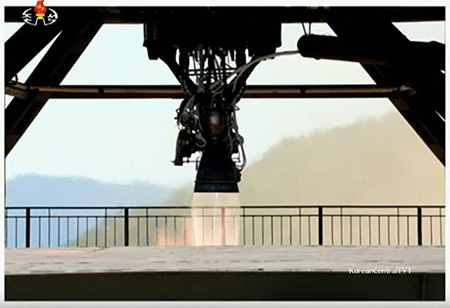 Whatever the underlying heritage of this engine, it appears that the combination of the core engine and verniers is too large to fit in any of North Korea’s known ICBM prototypes, or in any missile that could be carried on any of its mobile launchers. Unfortunately, we cannot be 100 percent certain of that assessment from the photographs available so far. With four steering engines around a single core, the engine is probably meant to be used alone rather than clustered. Of the North Korean rocket and missile projects that we are currently aware of, the best fit for this engine would be as the second stage of the new satellite launch vehicle provisionally known as the “Unha-9.”

However, we cannot rule out other possibilities, such as a yet-unknown ICBM design sized for this engine. But North Korea has been moving towards lighter mobile systems and solid propellants for their strategic missiles. Meanwhile, they have been promising us an ambitious new space program, which will require a large new satellite launch vehicle. They have made extensive upgrades to the Sohae Satellite Launching Station to support such a vehicle. Now they have shown us an engine that would be a good fit for this vehicle, and they have told us what they plan to do with it. The North Korean regime has never been shy when it comes to bragging about their missiles. This time, it seems they are bragging about space program. Whenever they get around to showing us their new satellite launcher, we’ll know for sure.