New commercial satellite imagery of the Sohae Satellite Launching Station shows that the environmental shelter at the Vertical Engine Test Stand (VETS), which had been rolled back toward the apron on December 17, was repositioned by the test stand on December 18. Additionally, new activity, possibly groups of personnel, is observed on the 18th at the security checkpoint, just north of the test stand. 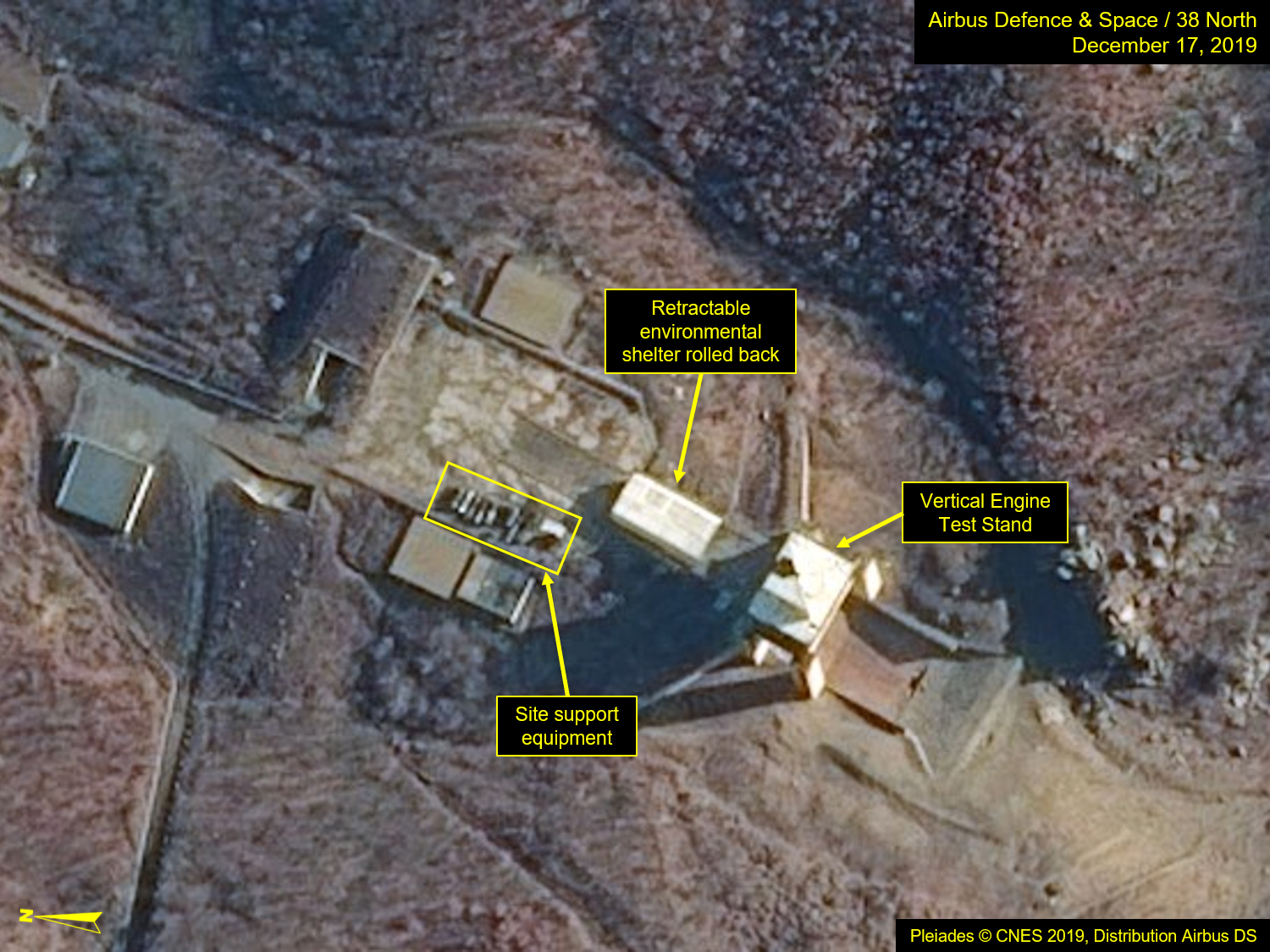 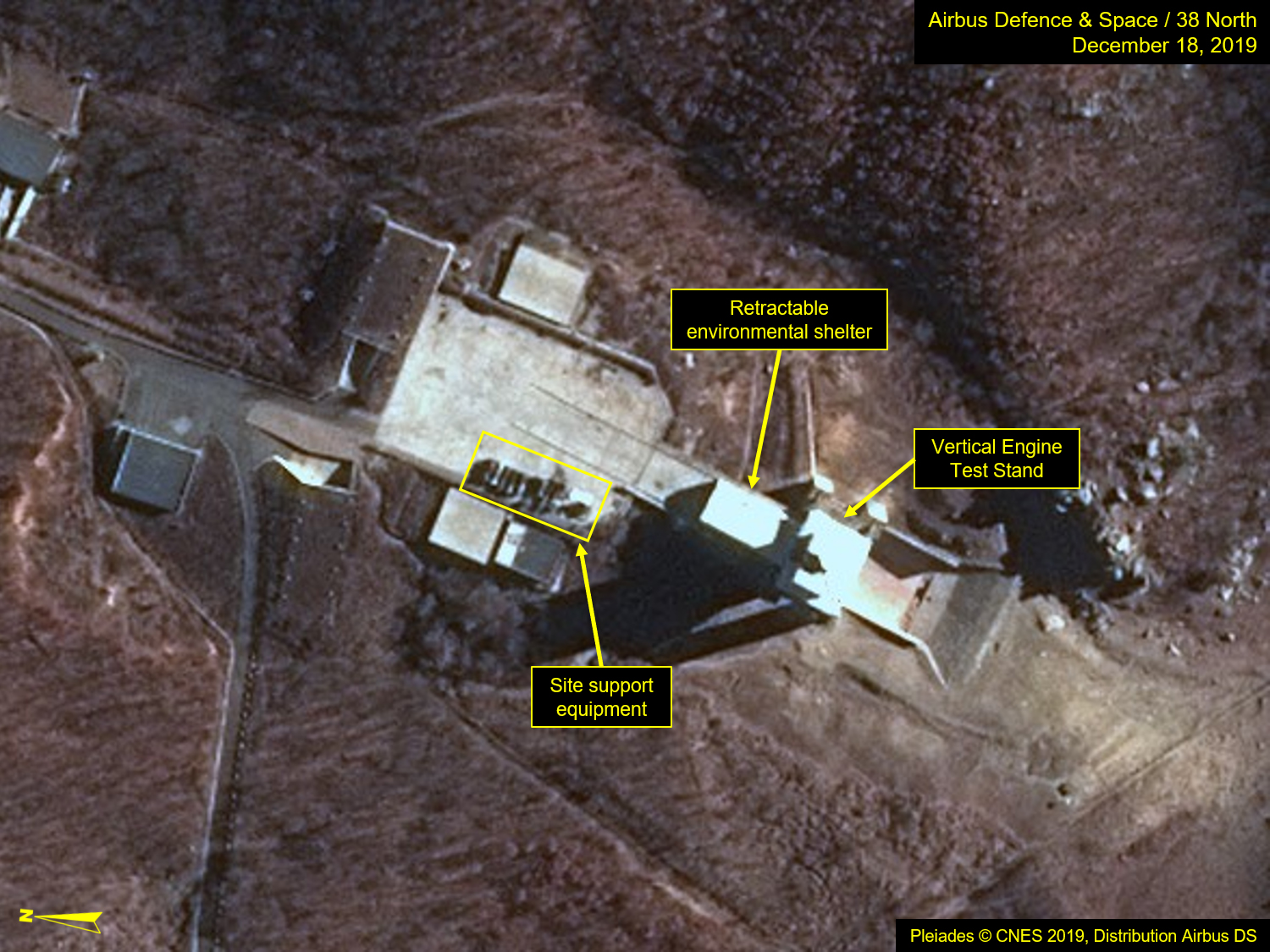 There are no signs of vehicle traffic or the presence of personnel at the launch pad, and the vegetation below the launch tower’s flame exhaust bucket remains undisturbed. If North Korea were planning a satellite launch, a clearing of vegetation from this area would be normal practice to avoid the spread of fires during launch.

Other activity observed around the complex includes the presence of a minibus or van and a probable cargo truck at the administrative and security headquarters area. The minibus was first observed on December 17, and both were present on the 18th.

Figure 4. Minibus/van and a probable cargo truck visible at the administrative and security headquarters area.