The secure boat basin at the North Korean Sinpo South Shipyard is where the experimental submarine and its submersible launch barge are usually docked. When present, these vessels had been readily visible to imaging satellites until a linear awning was erected along the quay, covering their normal berthing positions, thus frequently obscuring their presence or absence. Figure 1 shows the varying effectiveness of that awning. Sized to accommodate both the submarine and the launch barge, the awning can block the vessels from the prying eyes of the usual imaging satellites. December 14, 2019 is an exemplar, however, the direction and angle of the image taken January 1, 2020 renders the submarine, launch barge and midget submarine discernible. EO satellites collect imagery close to nadir, but their viewing perspective will vary depending on direction and angle, while SAR satellites image from the side.

Figure 1. Overview of secure boat basin; images compare EO satellite images before and after awning placement. The SINPO-class submarine, submersible barge and midget submarine are visible at the secure boat basin on January 1, 2020.

In addition to SAR imagery’s ability to collect day or night and penetrate heavy haze or cloud cover, it also has the ability to look under shelters, such as the awning installed at Sinpo. SAR satellites work most effectively by pointing their radar sensors at low incidence angles in the 15 to 30-degree range above the horizon. In this case, the TerraSAR-X satellite, operating at 23.5 degrees above the horizon, was able to “peek” from the side below the awning to image the submarine. (Figure 2) The submarine on December 16, 2019, is there along with its barge in the SAR image, but not detectable by the visible image of December 14, 2019.

Figure 3. Diagram of how visual distortions are caused in SAR imagery.

Figure 4. Layover and foreshortening examples in SAR imagery of Sinpo. 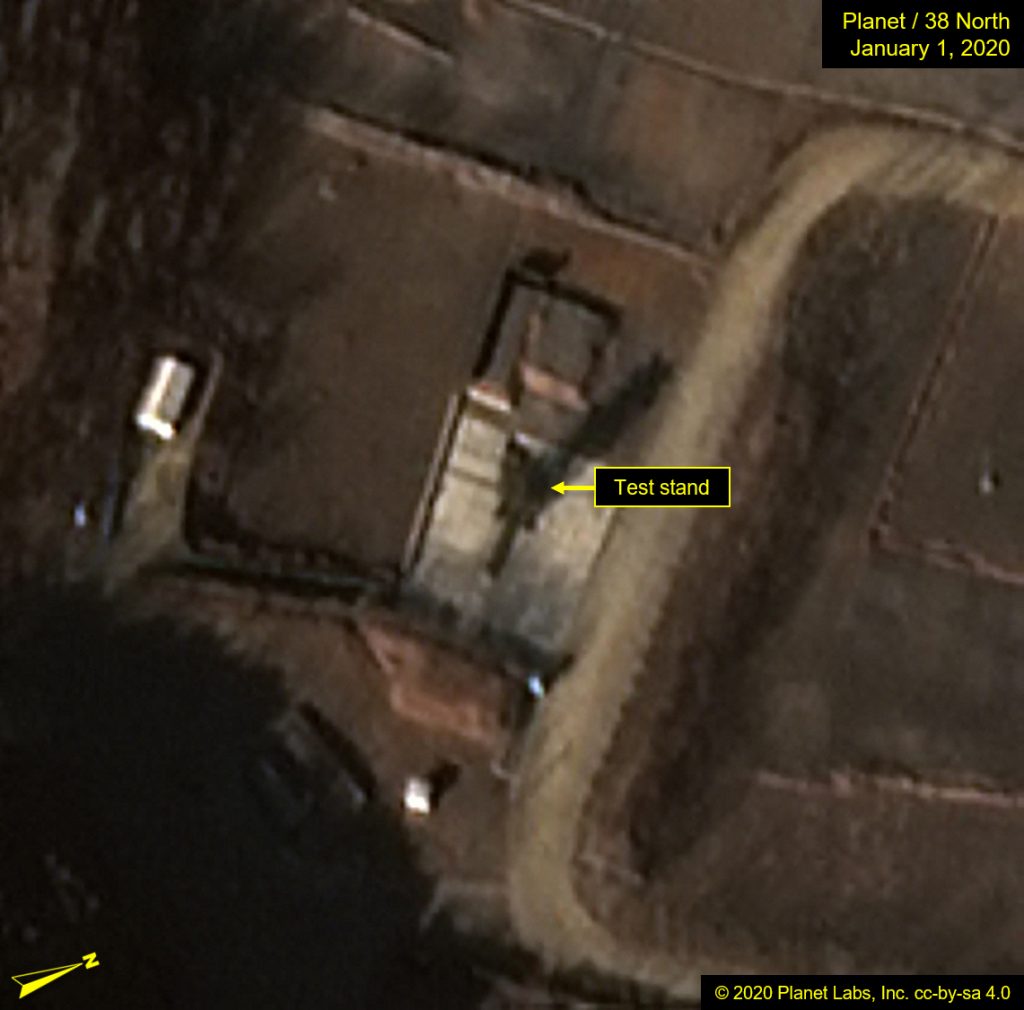 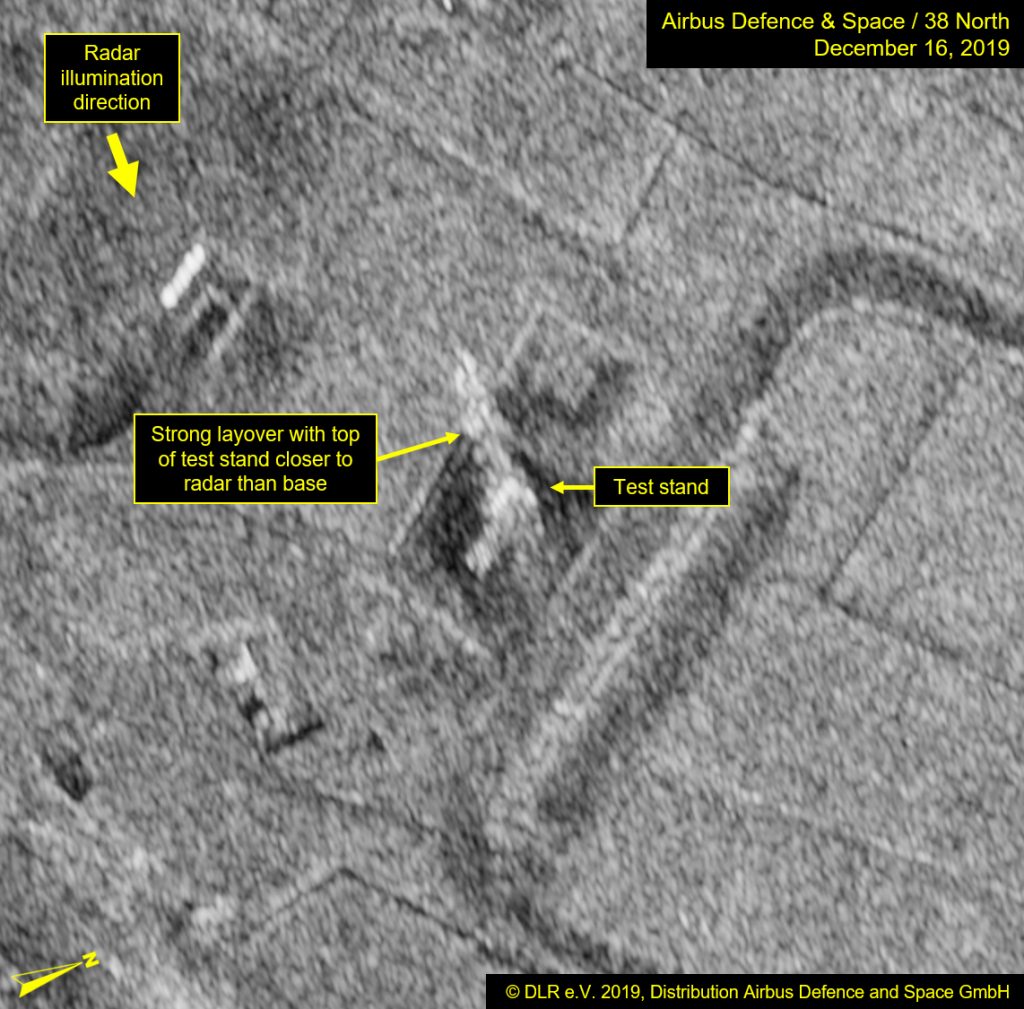 In conclusion, augmenting commercial satellite imagery analysis with SAR imagery can be useful for assessing the presence of otherwise hidden targets.