Commercial satellite imagery of the previously abandoned, never completed, 50 MWe (200 MWth) Reactor at North Korea’s Yongbyon Nuclear Scientific Research Center[1] indicates a number of unusual activities have occurred around this site over the past several years. While the purpose is unknown, these activities are unlikely related to renewed construction.

Some of the more notable developments have occurred in 2018 and 2019.

In 2018, an 8 x 6 meter hole appeared in the roof of the reactor building sometime between February and June. A second circular structure was erected next to a small administrative or support building in December. The structure, approximately 4.5 meters in diameter, appears to be a water holding tank.

New trenching was noted around October 2019 underneath the southeastern security wall along with new excavation near the reactor building. Additionally, an adjacent building built in 2015 that was likely used for administration or support was razed in late October or early November 2019.[2]

Figure 2. A single-story building was razed in late 2019. 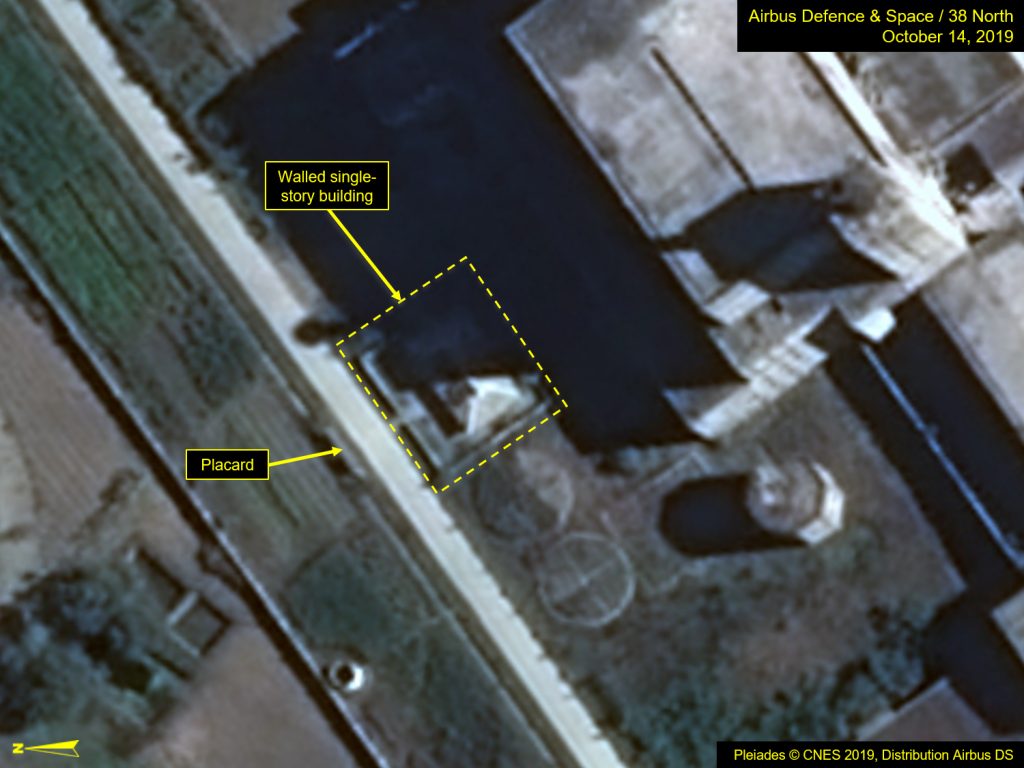 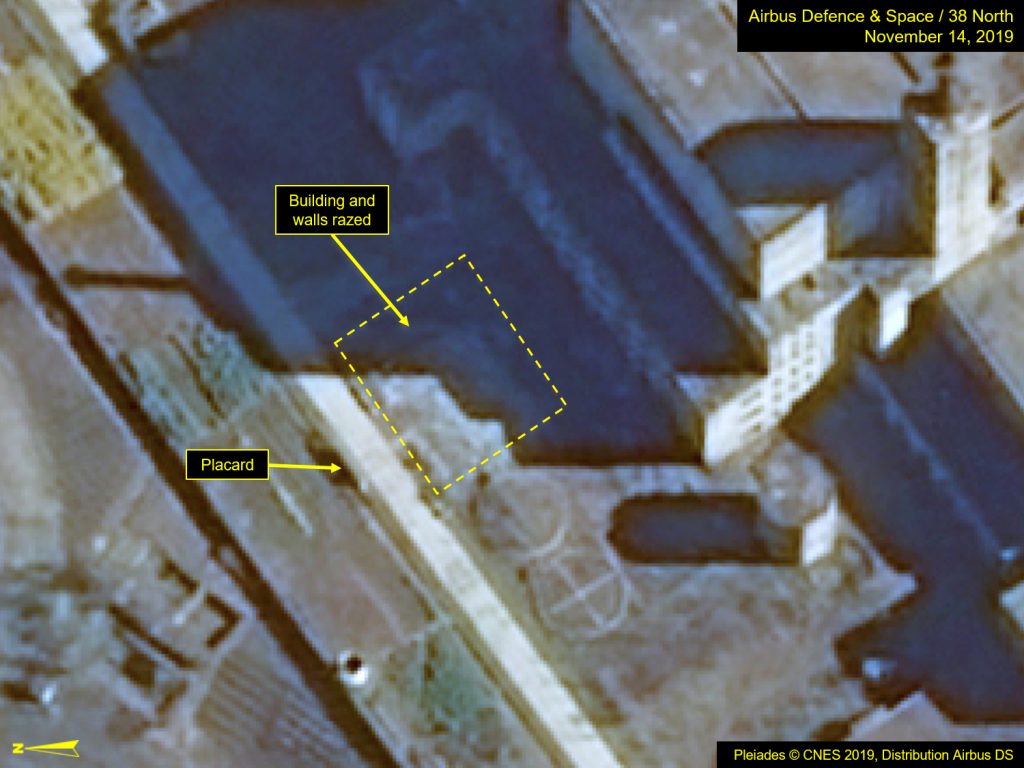 Past Staging around the 50 MWe Reactor

Activity at the 50 MWe Reactor site is not all that unusual. In 2005, the North Koreans sought to create the false impression that an effort was underway to restart construction of the 50 MWe Reactor. At that time, a mobile crane was brought to the site near the main reactor building, but was not employed in any new construction. In fact, that crane remains derelict in its original position.

Moreover, when Dr. Siegfried Hecker visited Yongbyon in 2010, he reported that the senior technical official gave the following introduction: “In the early 1990s we built 50 and 200 MWe reactors (of gas-graphite design). Now they have become ruined concrete structures and iron scrap…”[3] Those reactors, at Yongbyon and Taechon, respectively, have been left unfinished and abandoned for decades.