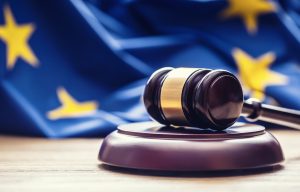 The first comprehensive round of sanctions under the new Global Human Rights Regime includes the following North Korean individuals and entities:

The inclusion of North Korea on the EU’s human rights sanctions regime should come as no surprise. One of the three key goals of the EU’s critical engagement policy toward North Korea has been to improve the human rights situation in the DPRK.[1] To this end, the EU regularly co-sponsors United Nations (UN) Human Rights Council and UN General Assembly resolutions, which have condemned Pyongyang over the years for its human rights record. Furthermore, numerous members of the European Parliament—which have been asking for an EU human rights sanctions regime for years—have long been critical of North Korea on this issue. Human rights had been a regular item of discussion between Brussels and Pyongyang until the suspension of both bilateral human rights talks in 2013 and political dialogue in 2015. The former was suspended by North Korea; the latter was suspended by Brussels, after Pyongyang ramped up its missile testing.

Coming up with a list of individuals and entities for this first comprehensive round of human rights sanctions was not an easy task. In particular, there were disagreements regarding whether to include China. EU lawmakers endeavored to create a comprehensive list that covered as many individuals and entities from different countries as possible. Doing so indicated not only that the sanctions had bite, but also that such a list would allow the EU to avoid accusations of bias against any particular country or region. In this sense, North Korea was an easy target, since its economic links with EU member states are minimal and none of the EU officials are willing to defend or qualify the DPRK’s human rights record.

State of Play of the EU’s North Korea Policy

In theory, the EU maintains a policy of critical engagement toward North Korea, mixing carrots and sticks to encourage a stubborn DPRK to move. In practice, however, carrots are almost non-existent today. Along with the suspension of human rights talks and political dialogue, EU aid to North Korea has been decreasing for years. In 2019, barely $4.22 million was allocated for the country—down from a peak of $61.1 in 2002. Even though some member states, such as Poland or Sweden, would like to resume talks with the North and perhaps increase EU aid, there is essentially no incentive for any of them to argue their case given that North Korea is not a top foreign policy priority.

Instead, it is quite the opposite. The EU continues to extend its annual autonomous sanctions without much internal dissent against North Korea on account of the DPRK’s continued maintenance of its nuclear and missile program. These are sanctions that the EU applies on top of UN sanctions, targeting individuals and entities not covered by the UN and essentially banning all trade and investment with North Korea. In addition to the EU sanctioning Pyongyang on its human rights violations and its nuclear posture, in 2020 the EU included Pyongyang in its first list of imposed cyber sanctions. EU officials consider the existing multilateral sanctions on North Korea insufficient to address the DPRK’s actions, and in response created this bilateral sanctions regime as a means to pressure Pyongyang into changing its behavior.

North Korea’s treatment of EU member state ambassadors and embassy officials during the COVID-19 pandemic has further weakened its standing across the EU. At the time of this report, there are few member state diplomats remaining in Pyongyang. When the pandemic started to spread around the world, movement within the DPRK was severely restricted and it was difficult to access even the most basic staples. There were also problems making arrangements for EU officials to leave North Korea, which created significant diplomatic friction. While it is likely that the embassies will fully reopen once the worst of the pandemic is over, North Korea has not won any friends in the EU with its behavior.

Ultimately, the EU parliament enactment of its Global Human Rights Sanctions policy on North Korea is the latest step in its pressure campaign. This critical component is an essential part of the EU’s strategy toward Pyongyang. The EU’s stick approach will continue to dominate until—and unless—there is a sustainable diplomatic process that leads to North Korea taking steps toward denuclearization, rectifying its human rights abuses, and nullifying its cryptocurrency and corruption scandals. If instead Pyongyang continues to follow the path it has in the past, Brussels will have little choice but to use more sticks than carrots to further sanction North Korea.