Commercial satellite imagery of the Sinpho South Shipyard from April 10 reveals that the missile canister for the submersible missile test barge has likely been removed, possibly for maintenance or for replacement with a new canister or launch frame to accommodate larger submarine-launched ballistic missiles (SLBMs).

The purpose of moving the floating drydock and submersible test barge to the construction hall quay in recent weeks has been unclear. Possibilities include preparations to roll out a new ballistic missile submarine, modifications to the test barge for larger SLBMs, early preparations for an SLBM test, or general maintenance.

On imagery taken 01:50 UTC, a truck-mounted crane was observed on the quay next to the drydock, and a probable missile canister was suspended from its raised boom. In addition, a cab-over truck was observed near the entrance of the construction hall.

At 05:07 UTC, the crane was still near the drydock, but the truck was now pulled alongside of it, and the probable missile canister was resting in its bed.

In both images, a dark circle was observed at the center of the test barge, where the launch canister is normally mounted.

The sequence of events suggests that modifications are being done to the submersible test barge. While the crane and truck were not observed near the test barge, the time passed between images would have made that feasible. Possible modifications include removing the test barge’s canister either for maintenance or for replacement with a new canister or launch frame to accommodate larger submarine-launched ballistic missiles (SLBMs). 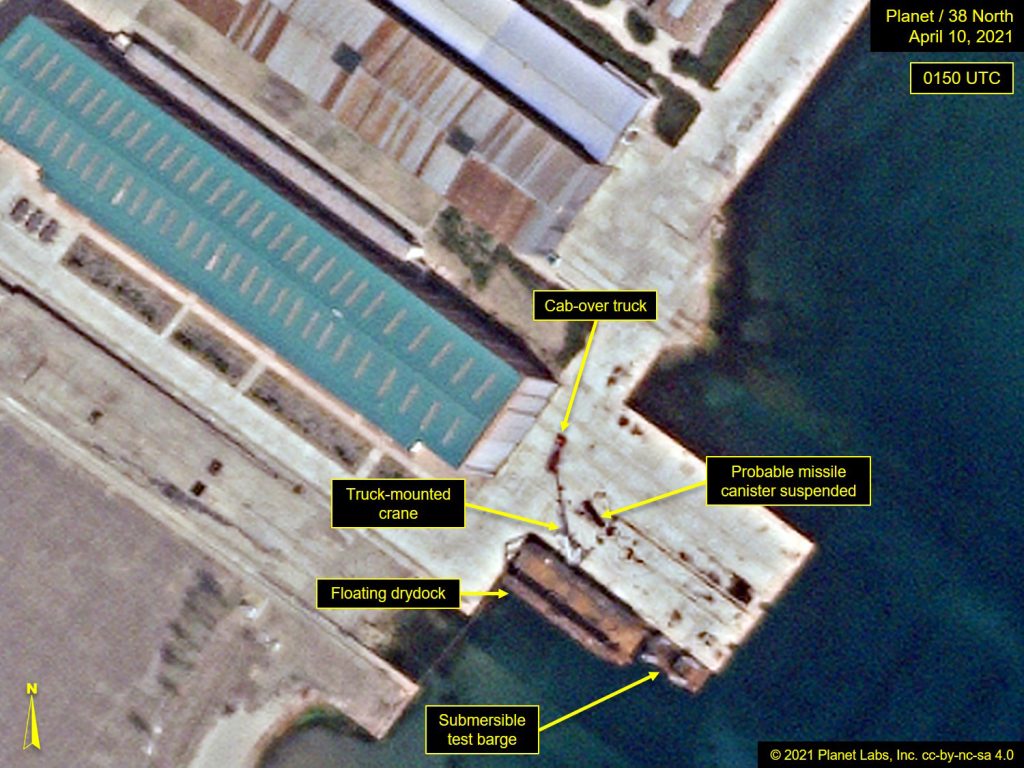 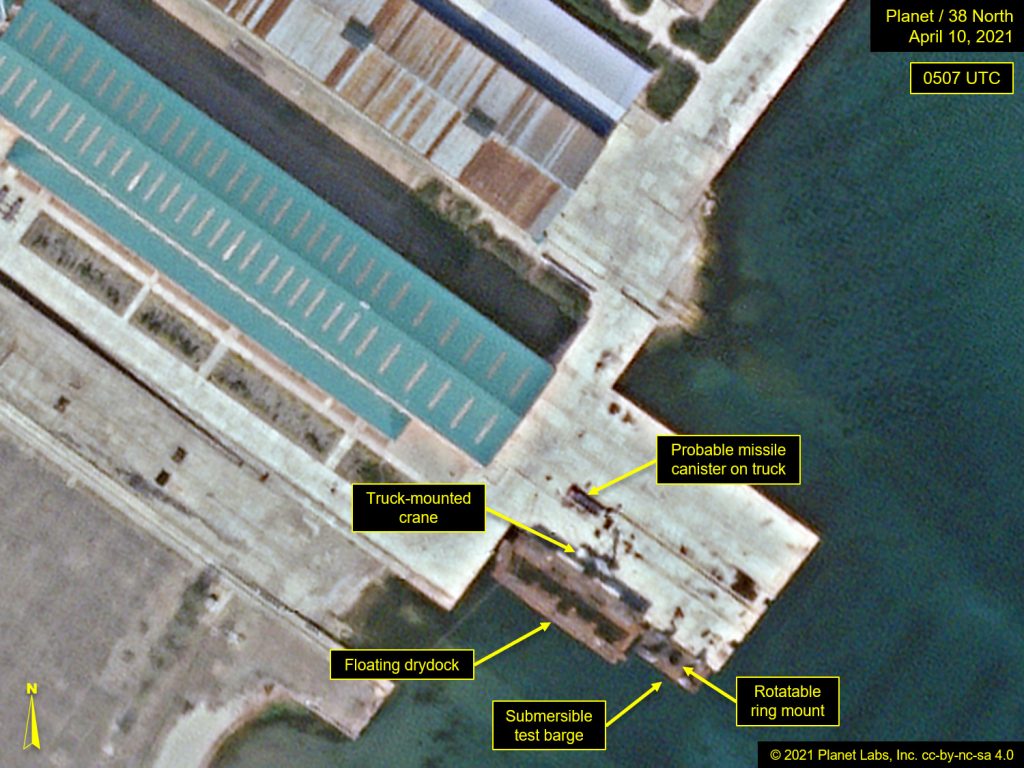