Since its arrival at Sinpho South Shipyard in 2014, the submersible missile test stand barge, associated with the at-sea testing of the Pukguksong-1/KN-11, has not been observed outside of the secure boat basin for an event other than at-sea testing.

A series of three commercial satellite images taken on April 6, 2021 show the repositioning of the submersible test barge, first being towed by a single yard craft away from the secure boat basin at 02:09 UTC, then being docked behind a floating drydock berthed at the launch-way quay of the main construction hall by 06:40 UTC. No other unusual activity was observed at the adjacent quay or at the quay within the secure boat basin.

North Korea has given several indications that a new ballistic missile submarine may be rolled out in the near future. The new submarine is believed to be a modified ROMEO-class based on North Korean media reporting of Kim Jong Un’s site visit in July 2019 to the construction hall to inspect work on the new submarine.[1]

The purpose for repositioning the test barge to the construction hall at this time is unclear. It may be to make room in the secure boat basin for the new submarine. Alternatively, since it is berthed behind the floating drydock, the North Koreans may be preparing to float it into the drydock or onto the marine railway to undergo maintenance or to move it inside the construction hall for modifications. The barge was designed for testing of the Pukguksong-1. As two new, untested Pukguksong missiles were displayed in recent military parades, the barge may need modifications to accommodate newer generation missiles. 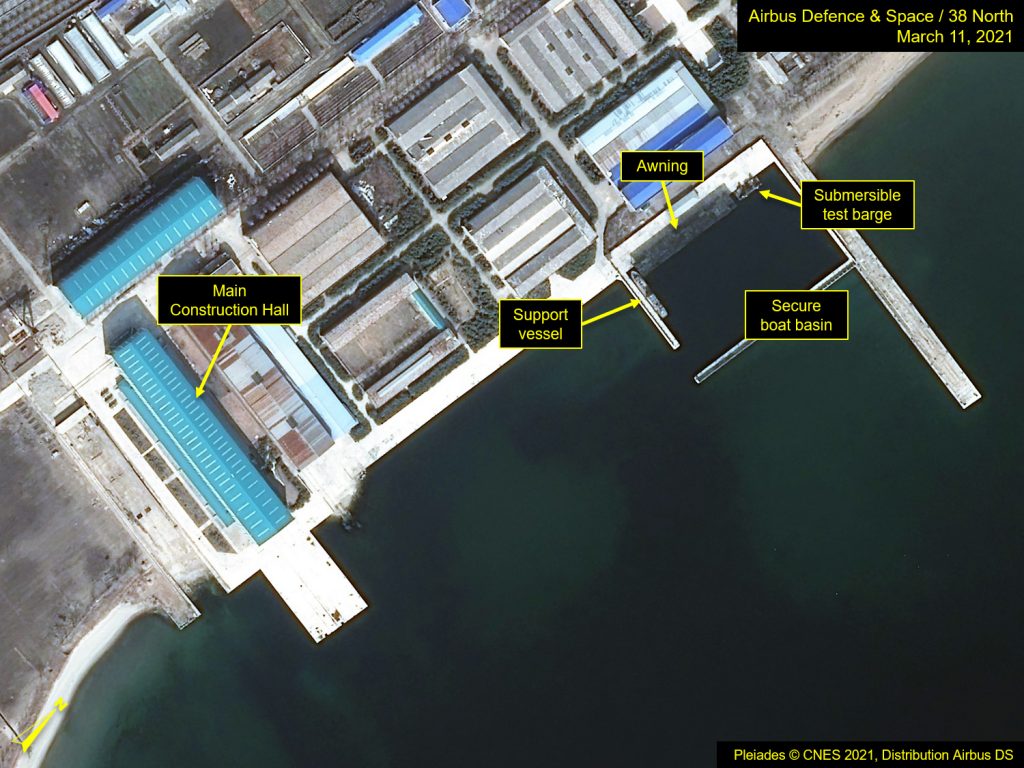 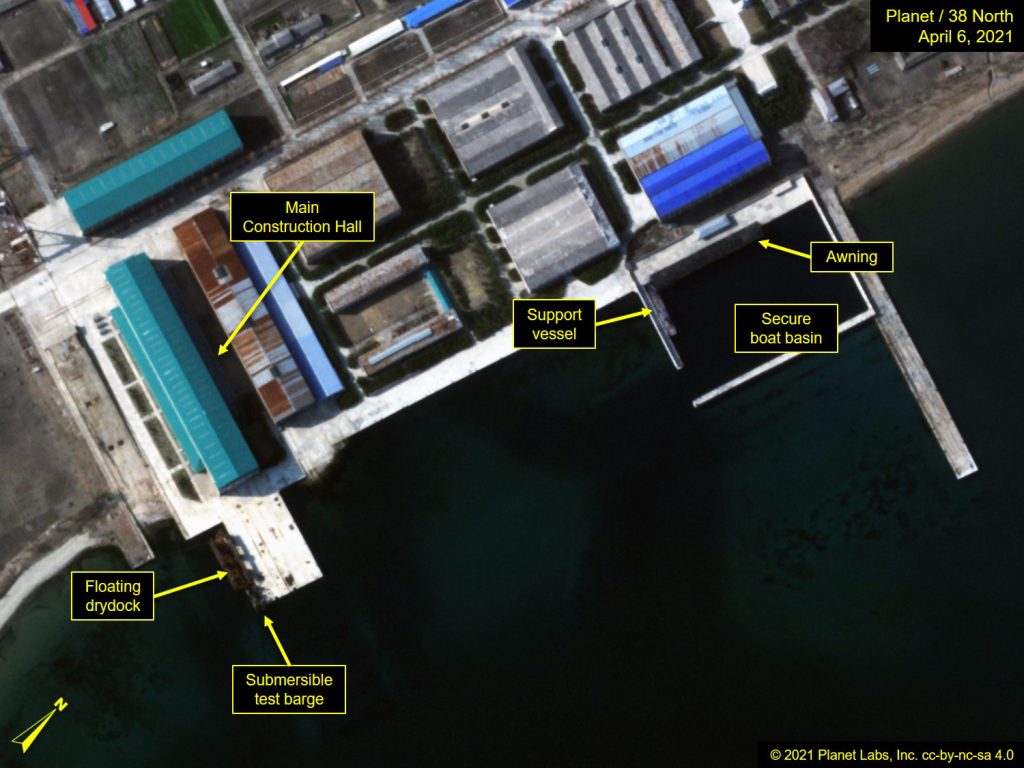 While there has been much speculation about the purpose of repositioning the submersible test barge from the secure boat basin to the construction hall quay, an event captured in a series of images taken on April 6, more recent movement of the drydock observed in Maxar imagery on April 7 provides some further context.

If the test barge was being readied for modifications or maintenance, it probably would have been floated into the drydock as a first step. Instead, the April 7 image showed the drydock being moved away from the quay and around the test barge. A small yard craft can be seen tucked against the dock in a maneuver that suggests the drydock is not being prepared to be towed to another location. Instead, it is being repositioned seemingly to the head of the quay, where it would be aligned with the submarine rollout rails, readying it to receive the new submarine.

This scenario cannot be confirmed, but the recent movements and previous signals from North Korea that the new submarine was nearing completion are consistent with a submarine launch in the near future. However, without further imagery to monitor the progression of movements, this may still indicate preparations for planned maintenance or that the test barge will be modified to accommodate the launch of new, larger submarine-launched ballistic missiles (SLBMs).