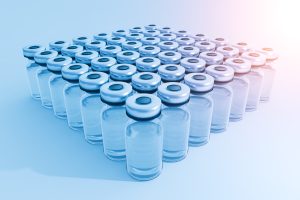 Diabetes mellitus is a noncommunicable disease (NCD) that affects an estimated one to five million people in North Korea (Lin et al. 2020). Data regarding insulin supply, including data from Chinese customs, is useful, but limited. According to this customs data, North Korea has recently been importing unprecedently large amounts of insulin. Regardless of what this signifies, this momentum could present an opportunity for the international community and the Democratic People’s Republic of Korea (DPRK) to work together to address the needs of North Koreans living with diabetes and other NCDs.

The prevalence of noncommunicable diseases is increasing in developing countries, and North Korea is no exception. The 2018 World Health Organization (WHO) NCD Country Profiles report estimated that NCDs account for 84 percent of all deaths in the DPRK, compared to the estimated 4.8 percent caused by communicable diseases (Ha and Lee 2019). The Global Burden of Diseases, Injuries, and Risk Factors Study found that for at least the past decade, the top three causes of death in the DPRK were stroke, ischemic heart disease and chronic obstructive pulmonary disease (COPD), all of which are NCDs.

The DPRK government has prioritized the prevention of NCDs as exemplified by their National Strategic Plan for the Prevention and Control of Noncommunicable Diseases in DPR Korea 2014-2020 (2014) and ratification of the WHO Framework Convention on Tobacco Control in 2005 (Hyon, 2017). NCDs are also included in the DPRK’s annual National Health Priority (NHP) plans and Medium Term Strategic Plan for Development of Health Sector DPRK (MTSP, 2016-2020) (Shin 2019; Hyon 2017). However, diabetes—another NCD—remains a significant hurdle for the country.

There are an estimated one to five million people living with diabetes mellitus (all types) in the DPRK (Lin et al. 2020), with approximately 0.8 million with Type 2 diabetes mellitus (T2DM) (Basu et al. 2019). If left untreated, T2DM can lead to devastating complications such as chronic kidney disease, blindness, limb amputations and death. It can be treated with oral medications and/or insulin injections, and makes up one percent of all NCD-related deaths in DPRK (2018 WHO NCD report).

Over the years, North Korea has devoted more attention and resources to drugs for chronic diseases—such as cardiovascular disease and diabetes mellitus at the household level (Hyon 2017)—and recently reported that half of the essential NCD medicines and technologies were generally available within the country.

To further investigate the treatment of NCDs in the DPRK, the Harvard Korea Health Project team analyzed insulin imports into the DPRK from China as a surrogate estimator for diabetes treatment coverage. We used publicly available monthly Chinese export data to the DPRK dating back to 2017. We found that the pre-pandemic six-month average total insulin import (in USD) was $54,322.17. According to summarized customs data, the major drop in trade due to COVID-19 virus border closures occurred in February 2020. The six-month average insulin import during the pandemic border closure (from February 2020 to June 2021) was $7,733.33, meaning that insulin imports dropped by 85.8 percent. However, for the first time in a year, there was a massive import of insulin in July 2021, totaling $409,500.00, and then again in November 2021, totaling $605,658.00.

According to the Korea National Health and Nutrition Examination Survey, three percent of South Koreans with type 2 diabetes are insulin dependent. However, other studies such as the Joint Asia Diabetes Evaluation Registry as well as similar studies in China and the Philippines have shown 14.4 percent, 18.3 percent, and seven percent, respectively. Averaging the insulin dependence rates across these studies yields 11.2 percent. While likely on the higher side, applying this rate in the case of DPRK would mean an estimated 92,144 North Koreans are living with insulin-dependent type 2 diabetes (ID-T2DM).

Unfortunately, the Chinese customs data only reports total kilograms (kg) and cost of insulin imported, not the number of vials, units or specific types and concentrations of insulin. As such, we must make the broad assumption that a U100 insulin vial[3] most likely weighs around 40 grams (with the glass casing). Before the pandemic border closure, the six-month average total kg insulin import was 1,322 kg. This means that an average of 33,050 vials (an estimated 1,322 kg/0.04 kg per vial) were imported every six months. After the border closure, the six-month average was 250 kg, translating to an average of 6,250 vials imported every six months. The DPRK began allowing limited imports again around July 2021 including 4,780 kg of insulin in July 2021, and 6,444 kg in November 2021. These two shipments represent the largest bulk insulin imports by far, at least since 2017. Using our assumption again of 0.04 kg per vial, these recent shipments included approximately 280,600 vials (11,224 kg/0.04 kg per vial).

For type 2 insulin-dependent diabetics, this means:

It is estimated that the prevalence of T1DM is 0.017-0.021 percent in South Korea (Song 2016). Given that Type 1 diabetes is an autoimmune disease based more on genetics rather than behavioral or environmental factors, it is reasonable to use this estimate for North Korea’s population. Using the middle of that range (0.019 percent) and assuming an estimated population of 25 million people in North Korea, there are likely around 4,750 people with type 1 diabetes in North Korea.

We will assume that an average type 1 diabetic needs about one unit/kg/day of insulin (a conservative estimate that is likely overestimating the insulin needs, as adolescent and adult patients typically are started on 0.6-0.7 units/kg/day). Needs vary depending on age and weight, which can be hard to determine given the lack of hard data available. In South Korea, the reported median age of entry into the type 1 diabetes registry is 37.1 years old; however, the highest proportion of new entries are in the 15-19 years age group (Song 2016). Given that children weigh less and thus require less insulin, we will use 50 kg as the average type 1 diabetic weight. At one unit/kg/day, this would be 50 units per day. With 1,000 units per vial, this would be about one vial every 20 days, or nine vials every six months.

Looking at overall needs for all people in the DPRK needing insulin (including insulin-dependent type 2 diabetics and type 1 diabetics), North Korea would need to import around 749,494 vials every six months (see calculations below). It was meeting 4.4 percent of this need prior to the pandemic border closure, 0.8 percent of this need during the border closure (from February 2020 to June 2021), and 37.4 percent since July 2021.

From these calculations, we find that there is a significant unmet burden of diabetes mellitus treatment in the DPRK, with imports of insulin even before the pandemic covering only a small percentage (4.4 percent) of the insulin needed to meet the demand of its people living with insulin-dependent diabetes. The overall trend of insulin imports was upward before the pandemic. Then with the pandemic era border closures, almost no insulin was being imported from China. However, since July 2021, there have been large rebound shipments that could cover approximately 37 percent of the total nationwide insulin need. Assuming that Pyongyang makes up at least 10 percent of total insulin needs given its population size, these recent imports can cover almost four times the amount of insulin needed to treat all insulin-dependent diabetic patients (types 1 and 2) in Pyongyang. This could reflect North Korea’s commitment to treating diabetes, even outside of the elites of Pyongyang, and/or that their stocks were running critically low during the pandemic shutdown. It is unlikely that the diabetes population acutely surged, so these recent large imports could signify the Ministry of Public Health’s prioritization of diabetes diagnosis and treatment within the country. Two relatively massive shipments within a few months of each other suggest consumption and not stockpiling of medicine, especially given the storage limitations (see below).

It is essential to consider a few additional factors.

Diabetes mellitus prevalence will continue to increase, with estimates at 944,538 people with type 2 DM by 2030 in the DPRK (Basu et al. 2019). The DPRK seems to have recognized and prioritized diabetes treatment recently, evidenced by their relatively massive imports of insulin since July 2021, the monetary value of which was 11 times larger than any six-month period before the pandemic border closure since 2017. As North Korea reopens its borders, analyzing insulin imports may inform researchers of trends on investment and health prioritization. However, many challenges to ensuring adequate insulin coverage in the DPRK remain. Broadly, these include sanction-induced barriers for the DPRK to manufacture insulin and antidiabetic medications, general lack of funding for NCDs by international humanitarian organizations (WHO being one of the only major organizations that works on NCDs in the DPRK), and the pricing and feasibility issues for securing insulin in LMICs as laid out in the WHO report. However, this report also proposed pathways that the international community and countries can take to improve access to insulin. This is an opportunity for the international community and the DPRK to work together to address the growing needs of North Koreans living with diabetes mellitus and other NCDs.