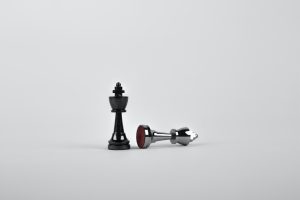 In April, the US government’s (USG) response to recent North Korean missile tests was directed at one significant North Korean government entity—the Ministry of Rocket Industry—and four of its front companies. Several weeks earlier, the USG sanctioned three firms and two individuals from the Russian Far East for violating North Korean sanctions. The US also called for increased sanctions against North Korea in the United Nations (UN), which was a necessary but fruitless enterprise in the UN’s current diplomatic environment.

Combined, these efforts are a rather muted response considering the potential impact of renewed intercontinental ballistic missile (ICBM) and, perhaps nuclear, testing by North Korea. However, with rising US-China tensions and the radically changed geopolitical environment after the Russian invasion of Ukraine, muted responses should be expected. That said, those with an interest in resolving the North Korean nuclear and missile problem are going to have to adapt to an environment uncongenial to our traditional diplomatic tools.

Sanctions on the Ministry of Rocket Industry and Front Companies

Based on the Treasury’s public announcement of the sanctions, it appears the front companies were more important for raising funds—often through activities prohibited by UN sanctions—for the Ministry than for acquiring missile technology. It is not clear whether the sanctioned firms used financial channels that could effectively be blocked by the designations or if any assets were seized.

Often US sanctions officials “save up” these sorts of designations in order to have a legitimate, immediate action to take in response to a North Korean nonproliferation provocation. This is especially true when senior officials’ attention is elsewhere. Even with the highly permissive and broad sanctions authorities available to the administration, it takes time and a lot of legwork in multiple US agencies to build sanctions cases. At a time when attention at all levels of government is focused on the issue of Ukraine, the resources available for North Korea cases are likely to be slim. These designations seem to fit into the category of the normal dance between North Korean provocations and USG responses. That said, it is always a good idea to expose the North’s sanctions evasion fronts.

On March 10, 2022, the Office of Foreign Assets Control (OFAC) designated three Russian firms, Zeel-M Co., Ltd., RK BRIZ, OOO, and APOLLON OOO, which are all located in or near Vladivostok. These three firms are very small, with only a handful of employees, and are ostensibly involved in auto sales, fish and wholesale food and beverages. But, according to Treasury, they provided cover for the procurement activities of Pak Kwang Hun–a previously sanctioned Vladivostok-based illicit procurement agent of the Korea Ryongbong General Corporation.

Two Russian individuals, one of whom was linked to APOLLON, were also designated for directly assisting or having ownership links to the sanctioned entities. These designations were mixed in with a long list of Russian individuals designated under the Biden administration’s response to the Russian invasion of Ukraine. Their presence on a list of Ukraine sanctions raises the question of whether there was a desire to send a diplomatic signal to deter further Russian and North Korean violations in the context of our overall hostile relationship, but it is equally possible this was merely a matter of bureaucratic convenience.

Thin Soup From a Bare Cupboard

The aforementioned sanctions against the DPRK are hardly a fulsome response to Pyongyang’s resumption of ICBM testing, especially considering the reports that North Korea may be preparing to resume nuclear testing. These are exactly the kind of actions sanctions should be used to try to deter or punish. Sadly, sanctions policy with regard to North Korea is likely one of many casualties of the geopolitical revolution wrought by Russia’s invasion of Ukraine.

As Ruediger Frank outlined on March 16, 2022, North Korea has gained significant political and diplomatic freedom of action as a result of Russian aggression and the Western response to it. At best, we are in an era of long-term geopolitical struggle with Russia and China. At worst, we are in the run-up to a great power war. The era of organizing the entire international community to enforce widely held international norms and agreements, like the Nuclear Non-Proliferation Treaty, is over for now. Essentially, one half of the international community is trying to use sanctions to force the other half of the community to conform to the basics of civilized behavior for nations. The DPRK nuclear and missile problem is likely to become one of many minor theaters in this broad global confrontation.

This will be blindingly obvious at the UN, where the thought of getting any new sanction through the Security Council is simply a fever dream for the foreseeable future. More broadly, North Korea is going to have more willing partners for sanctions evasion in Russia and China. At the same time, the priority of the North Korean issue will decline for the United States. Washington has been reminded it has a much bigger nuclear and missile problem to confront in Moscow and a bigger threat in Asia in Beijing. North Korea policy will have to be crafted with those larger concerns in mind.

Unless the war in Ukraine ends with a radically changed and sobered Russia, sanctions are going to be tools used by one bloc of major powers against the other for the foreseeable future. What this means is that both Russia and China are no longer going to be dragged along in a common international effort to sanction North Korea. Indeed, both have very strong security motivations to destroy existing international sanctions regimes.

Russia is the current target of Western sanctions and has every incentive to complicate international sanctions regimes. In geopolitical terms, it also has sound reasons to create a strategic distraction for the US in Asia in order to divert the US from Ukraine. In this context, overt Russian violation of North Korean sanctions is highly likely going forward. One could imagine, for instance, the Russians supplying sophisticated conventional weapons or even missile technology to the North Koreans as a response to US arms supplies to Ukraine. As such, dusting off sanctions against Russian assistance to the DPRK does make tactical sense in this context. However, the unprecedented depth and breadth of US-Ukraine sanctions already levied against Russia means there is no longer any deterrent value in designating additional Russian entities for supporting North Korea—as the Russians appear to have little more to lose.

China is certainly less enthusiastic about an unstable Korean Peninsula, prioritizing regional stability to support its own economic development, but Beijing wants the US use of sanctions to fail. It fears that if the Western effort to sanction Russia succeeds, China will be the next major power targeted with major sanctions. We can expect China to do all it can to frustrate US sanctions efforts wherever it can. As the US-China relationship sinks further and further into confrontation over Taiwan and the South China Sea, the People’s Republic of China (PRC) too is likely to find it strategically convenient to have the US tied down by a dangerous situation on the Korean Peninsula. China remains the most important, largely unsanctioned source of support for North Korea. In this context, the Chinese are likely to continue violating existing sanctions and perhaps could even upgrade their support to North Korea. Russia and China may even see value in working together in these efforts. One easy cooperative project might be to have a Chinese bank not exposed to the US banking system broker the purchase of discounted Russian oil for Pyongyang.

On the US side, Washington is likely to hold off on North Korea-related secondary sanctions against China while the war continues in Ukraine. It is true the US could issue more unilateral sanctions. US law and regulations give it the authority to sanction just about anything and anyone in the DPRK, as well as any third country entity that trades with the DPRK. We could issue an infinite number of sanctions, but they will have little impact on the DPRK if the Chinese and Russians actively undercut them. A major campaign of sanctions against Chinese violations would have an impact, but they are now caught up in a larger geopolitical game. Major financial sanctions on Chinese entities should be reserved to deter significant Chinese assistance to Russia. If Beijing goes off the cliff in support of Moscow or seeks to copy Moscow’s aggression in Asia, then Washington could deploy serious and draconian sanctions against support from Beijing of both Moscow and Pyongyang. Conversely, the US would be foolish to push China over the cliff of strong support for Russian aggression by initiating a major sanctions campaign against Chinese violations of North Korean sanctions. In short, the US would be unwise to use sanctions as a principal tool of North Korea policy. They may be of use in mollifying domestic opinion or demonstrating resolve to the new ROK administration, but they are not where our energy should be focused.

The crisis in the international order is likely to degrade the effectiveness of many of the US’ traditional or preferred diplomatic tools for dealing with North Korea. Washington is straining to arm Ukraine and rebuild its military presence in Europe. It is not likely to risk a simultaneous conflict on the Korean Peninsula, thus, a return to threats of “fire and fury” would not be credible. Moreover, Washington’s negotiating position is now likely to be undercut by Moscow and perhaps Beijing, both of whom will want Washington distracted by a threatening Pyongyang. It is likely the US will have to focus on upgrading deterrence and its ability to defend against North Korean missiles. Some of the actions Washington takes may well involve our own nuclear posture in Asia. This, too, will be a sad reversion to a prior era, but it may well be the only lever we have to constrain Pyongyang.

In 1988, the author was one of the first people to hear from the intelligence community that it had definitively concluded North Korea was reprocessing plutonium and conducting other activities consistent with the production of nuclear weapons. When he notified a senior State Department official of the news, he was told: “It is the other side’s problem to solve,” meaning it was up to the Soviet Union to police its bloc; the US did not have the tools to do so. The administration of George H.W. Bush reversed this view and engaged vigorously on the North Korean nuclear issue, but we are far from the triumphal era of 1989.

Sadly, it appears that we have come full circle. The Cold War shielded the start of North Korea’s nuclear development, and the new global situation is shielding its advancement. North Korea once again has a hostile bloc of major powers to hide behind. We are going to need a new playbook, and until we get one, the North Koreans seem to have ample room to run.