Commercial satellite imagery indicates that progress continues on expanding North Korea’s Sunchon Military Airfield, 45 kilometers northeast of Pyongyang. Since May, extension of the main runway to 2,800 meters has been completed, although further extensions may be coming. Additional taxiways and aprons have also been resurfaced and extended. Given the scale and nature of modifications taking place, Sunchon is poised to become the country’s most modern military airfield.

Since our last report on May 12, work to extend the runway from 2,500 meters to 2,800 meters has been completed, and the area previously identified as a new apron and a second area identified as a probable apron have been surfaced. In early August, work began to resurface the expanded main apron area.

Work has also begun on extending a refurbished taxiway that, when completed, will span from the underground facility at the airfield to the runway at its southeastern end. This will match a taxiway on the other side of the airfield that heads to the northern end of the runway.

Little progress has been made on the likely aircraft shelters identified in our last report. This work will probably resume after all of the resurfacing is complete.

Figure 1. Work to extend and refurbish the runway at Sunchon Airfield visible from May to August 2022. 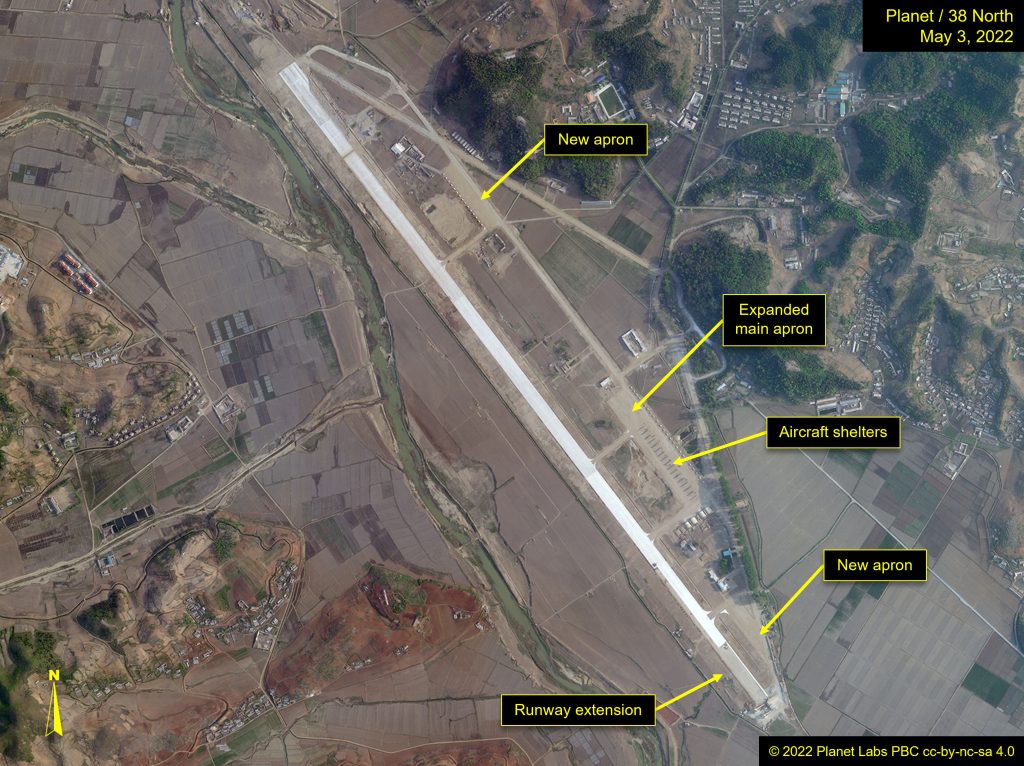 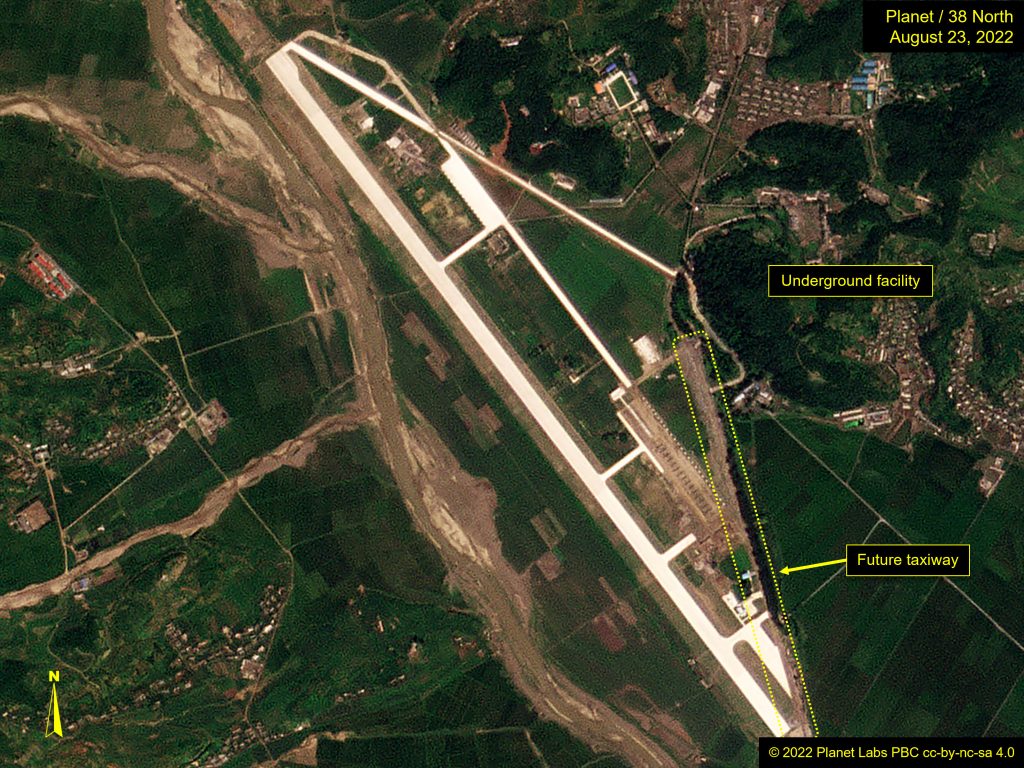 A new area has been cleared just southeast of the main runway. This would allow for it to be extended an additional 3,200 meters if that is the intention.

At its current length of 2,800 meters, the main runway at Sunchon is now one of the longest military runways in North Korea.

Sunchon’s runway, at 2,800 meters, is not suited for commercial flights but will rank next alongside the longer military runways at the Hwangsuwon and Jangjin military airfields. Almost all other jet-capable military airfields in North Korea have 2,500-meter runways.