I recently provided this information to Radio Free Asia (in Korean), so I thought I would do a quick blog post about it in English.

I have documented over 480 official markets in North Korea. Some two-dozen are new in the Kim Jong-un regime. Hundreds more markets have been moved, renovated, or expanded since KJU took over. Below are just two recent examples (I have published quite a few in the Korean media via RFA’s Korea service).

This new market is in Kwanhun-dong, Kaesong City: 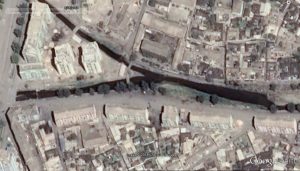 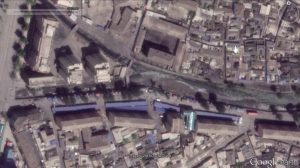 This market area is probably an expansion of the incumbent Kwanhun-dong market since it is located in the same 동. I can’t imagine that there would be two official markets in the same 동, but I can’t say for certain. Along the river, on the northern side of the market, there appear to be numerous individual stalls, so it is possible that food is sold here (this would seem to make sense since it is next to the river). This particular market area was built sometime after 2015-8-16. It was constructed in increments, but appears to have been completed 2017-4-1. 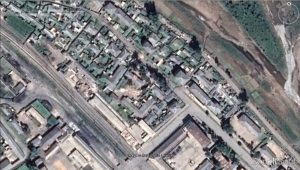 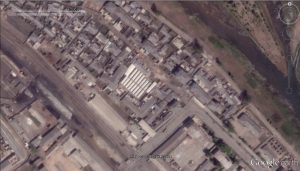 And just as a reminder to readers, these are not “black markets,” “grey markets,” or “informal markets”. These are formal markets. They are legal operations carried out under explicit authorization by the state. Employees (all female) are legally employed in the markets, and have ID badges that list their employer as the local market.  Vendors pay fees and taxes to sell in these markets (they are integrated into the public finance system).

Also, the sign over the entrance to these markets uses the Korean word 시장. 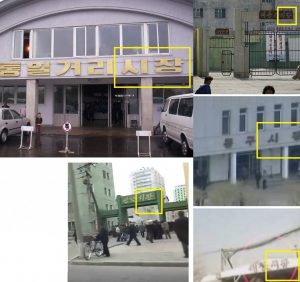