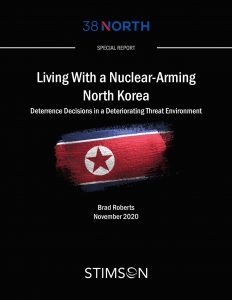 As the latest chapter in US diplomacy aimed at denuclearizing North Korea comes to another unhappy end, it is time to take stock. As the diplomatic strategy adjusts to new realities, it is also time to revisit deterrence strategy. Having been put on the back burner these last few years, that strategy is in need of attention. Some difficult choices lie ahead about how to further adapt and strengthen that strategy and the associated regional deterrence architecture. The most contentious issues are likely to be choices about nuclear policy and posture. This report reaches the following key judgments and recommendations: