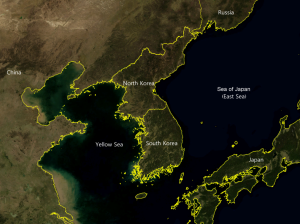 In 2019-2020, the Stimson Center’s 38 North and Security for a New Century (SNC) programs convened a bipartisan congressional Korea Study Group (KSG). The KSG brought U.S. House and Senate staffers together with a broad range of former U.S. and Republic of Korea (ROK) officials, analysts, and academics. The goal was to empower the U.S. Congress and to encourage its members to play their constitutional roles in key foreign policy and national security issues by building a dialogue that would consider security challenges on the Korean peninsula and surrounding region, explore options to prevent a wider conflict, reduce the chances of a nuclear exchange, and maintain U.S. security interests and alliances. While staff came from different offices, political parties, and viewpoints, this report highlights areas of convergence. Drawing on these meetings, the following main points and options emerged from our discussions:


Download "Empowering Congress on the Korean Peninsula," by Clint Work