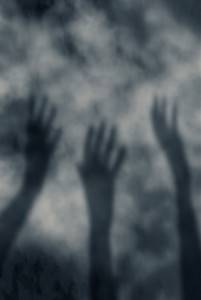 How the sinking of the Cheonan is playing out in South Korea’s political discourse.

In the “Romance of the Three Kingdoms,” East Asia’s most important historical novel, the ghost of a dead general, Guan Yu, kills a living one, Xiahuo Dun. South Koreans are drawing parallels in the June 2 regional elections. Will the deceased ex-president’s prime minister take the capital city? Or will the current conservative president’s successor as mayor of Seoul earn a second term and validate Lee Myung Bak’s policies? Will the dead Roh come back to kill the living Lee?

These are “regional elections,” but Seoul is the real prize (it is a “provincial-level city”). The Western provinces always go left. The Eastern provinces go right. However, Seoul and its environs, which make up almost 50 percent of the population, are still very much in play. It is there that the “referendum on Lee Myung Bak’s presidency thus far” will take place and the contestants couldn’t be more symbolic of opposite poles.

The incumbent mayor, Oh Se Hoon, a charismatic lawyer with experience working in television, is widely seen as following in President Lee Myung Bak’s footsteps in terms of policy and political trajectory. Oh, often called “Little Lee,” is with the conservative Grand National Party and as Seoul’s mayor, has pushed high-profile beautification and urban renewal projects, which have earned more acclaim than criticism and were largely continuations of Lee’s mayoral efforts. A second term for Oh as Seoul’s mayor—perhaps the country’s most important domestic political position—would allow him to complete his pet projects and position him for a future run at the Blue House.

Han Myeong Sook, the main opposition candidate, was prime minister for two years, from 2006-2007, under President Roh Moo Hyun, who died from an apparent suicide a year ago. She was South Korea’s first female prime minister and continues to be a prominent Democratic Party figure. While hardly an architect of the Sunshine Policy, Han was a defender of it. As prime minister during North Korea’s first nuclear test in 2006, she argued that the policy would need to be modified but not scrapped as a total failure.

This election wasn’t supposed to be about North Korea. It was supposed to be about free school lunches and the validity of a huge “city of the future” constructed from scratch on reclaimed land near Incheon. But that quickly changed with the sinking of the Cheonan. Because the opposition has labeled the election a referendum on the Lee presidency, it has become, above all else, a referendum on his North Korea policy. As June 2 nears, there is nary a whisper about Lee’s handling of U.S. beef imports or his authoritarian approach to press freedom, unions and internet anonymity. It has become a referendum on Lee’s ending of the Sunshine Policy era and his hard line approach to the North.

When the Cheonan went down, President Lee’s ability to handle the general public was put to the test to a degree perhaps only matched by the “mad cow” protests of 2008. In the days immediately following the tragic sinking of the Cheonan, internet chat rooms, coffee shops and news pages exploded with all manner of debate, theories and criticisms. The Lee administration was being reserved with information, cagey even, and officials contradicted each other. This caused a degree of suspicion and mistrust among the public, reflected in a temporary eight point dip in his approval ratings.

In early April, President Lee began communicating more clearly. He got his defense minister to do the same, finally expressing that it was too early to draw any kind of conclusion. The investigative team assembled was international and included non-military personnel. The government, little by little, began publicizing the suspicion that the sinking was North Korea’s doing. It released findings as the investigation went along, allowing public opinion to gradually adjust to the conclusion, rather than fueling anger with harsh rhetoric early on.

Ryu Si Min, Roh Moo Hyun’s former health minister and now the Democratic candidate for governor of Gyeonggi Province, a heavily populated and politically contested province that forms a ring around Seoul, part of which lies in North Korea, recently posed a rhetorical question that best sums up a key dilemma for left-leaning South Koreans: If I doubt the findings of the report, does that make me unpatriotic? This was a few days before the May 20 presentation, however, which revealed a torpedo propeller and fragments with Korean handwriting on it. Combined with the type of explosion the Cheonan suffered, the evidence of North Korean involvement became so strong that it was difficult to deny publicly.

Instead, the quality of the evidence and the canny internationalization of the investigation have reduced left-leaning netizens to venting through cynical (but often quite funny) humor, knowing there is little else to be done. One blogger wrote that tomorrow they expect to find a fragment with Kim Jong Il’s handwriting on it. One of the most widely circulated commentaries is a photo of the back of an iPhone with “number 1” written in blue on it in Korean—just like the torpedo fragment—and the missive that perhaps it was a North Korean iPhone. “1” is also the Grand National Party’s number, and blue is its color—too coincidental for many netizens.

It would be impossible to estimate how many people doubt the evidence, but a web search turns up no shortage of blogs and message boards questioning its veracity. Much buzz on the internet speculates that many left wing politicians are also suspicious of the evidence, but think it politically imprudent to express it publically.

It was often claimed immediately after the incident that the government had been caught between a rock and a hard place by the incident. While that may have been true, the administration appears to have found the very fine line through which they could escape while leaders and supporters of the opposition party are now in an equally constrained position. Unable to credibly question the evidence, their strategy has evolved to complaining that the timing of the report was chosen to provide a bump for the conservatives; historically, clashes or provocations with the North cause the right wing to rally.

There is a deep frustration among those on the left that they have been made completely impotent by the Cheonan incident. This grievance is felt all the more strongly because May 23 was the first anniversary of President Roh’s death. Many believe he was hounded to commit suicide by a politically motivated corruption probe carried out under President Lee. A potentially galvanizing date for the left was neutralized by the presentation of evidence on the Cheonan just three days earlier. Roh supporters may feel aggrieved, but their frustration has not been translated into a broader political mobilization, certainly not among moderates.

As well as railing against the timing of the report, left-leaning candidates are also pushing the talking point that the administration has failed to safeguard South Korea’s security and will be unable to reform the military. This plea, too, seems to be falling on deaf ears. Swing voters and the public at large aren’t convinced.

The election season is short: in Seoul, Han was confirmed as candidate on May 3, Oh followed on May 6. By May 8, polls were showing Oh with about 51 percent of the vote and Han with around 33 percent.

The month before, on April 11 (just after Han was cleared of corruption charges) they were at their closest point (45 percent for Oh, 39 percent for Han).[1] Then suspicions started to focus on North Korean responsibility for the Cheonan’s sinking, but officials didn’t even confirm it was an external explosion until April 16. Afterwards, Oh and Han’s numbers went in opposite directions and settled into roughly their current positions almost two weeks before the official report on the Cheonan was released. By then, public opinion had already coalesced. The May 20 report had very little impact.

A poll by the conservative Chosun Daily conducted two days afterwards suggested that 71 percent of voters thought they were unaffected by the Cheonan and only 26.5 percent felt the government politically misused the incident for gain.[2] If such self-reflective polls can be considered accurate, it does suggest that Lee’s party was headed for a big win even before the Cheonan sank.

The Cheonan incident, however, may have solidified opinions on the extremes of the political spectrum: “we always should’ve been harder on the North” vs. “Lee’s hard line is responsible for the North’s aggressive posture.” Furthermore, in Seoul at least, the incident seems to have pushed less sure voters away from the Democratic Party and towards the conservative camp, just like in the past and just as the left had feared.

Current opinion polls have Oh steadily keeping his sizable lead of 16 points and suggest that the citizens of Seoul not only support their current mayor, but also by proxy, their ex-mayor, President Lee. With his announcement that inter-Korean trade will be halted (save for the Kaesong Industrial Zone) and a more aggressive military defense posture will be taken, it looks like inter-Korean relations will remain strained for some time to come. Some commentators on the left are claiming this is too aggressive and are comparing President Lee to President Bush after 9/11, worried that personal liberties might be come under pressure as national defense strategy changes.[3] However, in the public at large there is a broad sense that some sort of punishment should be meted out. The majority of South Koreans want something to be done, and the polling numbers in recent days affirm this.

Barring an eleventh-hour surprise, the referendum on the President’s policies has already been concluded. President Lee and his party are full of life.