So in case you wondered what T.S. Eliot was doing upfront in Part I of this article, the squalid take on all this continues below. 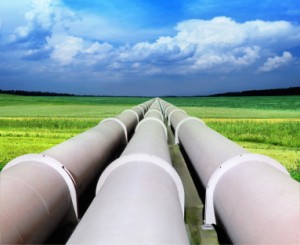 But it was Russia and gas that clinched it. Take a look at KCNA—except readers in South Korea, because Lee’s benighted government doesn’t trust you to guffaw like the rest of us.

KCNA’s every word, quaint or bellicose, is carefully chosen. One phrase it almost never prints is “The Republic of Korea,” South Korea’s official title. In fact the agency has used this only 13 times in 15 years. Two of those were during the past month, quoting Medvedev.

On August 15, 2011, KCNA published in full the Russian president’s congratulatory message to “Esteemed Your Excellency Kim Jong Il” for Liberation Day.” This included the sentence:

We have willingness to boost cooperation with the DPRK in all directions of mutual concern including a three-party plan encompassing Russia, the DPRK and the Republic of Korea in the fields of gasification, energy and railway construction.

That must have made them sit up in Seoul, twice over. Both form and substance are exciting. KCNA could have paraphrased, or used indirect speech. But no: they chose to say “Republic of Korea.” It makes a change from the usual “south Korea”—almost 20,000 uses; note the use of lower case—let alone “puppet,” uttered no less than 3,654 times since 1996.

And then there are the three specific areas mentioned. The late Kim Dae Jung dreamed of an “iron silk road,” sending South Korean goods to Europe via Siberia. As for electricity, Kim Jong Il’s first stop-off on his own Siberian iron horse was the huge Bureya power plant in Amur region, which churns out way more juice than can be used locally. Moscow would like to sell some to Korea: either Korea, or preferably both. So for Kim to visit, it sends a signal.

But gas is the main thing. This is the first time North Korea has ever expressed interest in an idea that’s been around for over 20 years. Chung Ju Yung, often ahead of his time, mooted it on his first trip to Pyongyang, way back in 1989. Neither Korean state was up for this then.

Almost 20 years later, in 2008, Russia’s Gazprom and the ROK’s KoGas—the latter of which is the largest gas importer on earth—signed a huge $90 billion MOU, which pretty much presumes a pan-peninsular pipeline. As I’ve noted before, it seemed rather odd, and a bit off, for Lee Myung Bak and Medvedev to proudly announce this in Moscow as a duo in the glaring absence of the third party whose cooperation is essential for this project to go ahead.

To be sure, such a scheme carries risks. Pyongyang may prevaricate: its own statements—as opposed to when it quotes Medvedev—are notably vaguer. Or it could play malign games. Yonhap, the ROK’s version of KCNA (kind of), quoted CSIS’s Michael Green—formerly in the NSC during the George W. Bush era—as calling the gas pipeline “an old Russian dream.” He added that in 2002 Vladimir Putin, Medvedev’s predecessor, proffered this as a solution to the row about the DPRK’s uranium enrichment program. In Green’s view: “Seoul would be crazy to consider it, since the North could easily use the pipeline as leverage.”[1]

Well, in that case madness has broken out in the South. Top cheerleader so far is the ruling conservative Grand National Party’s maverick new chairman Hong Joong Pyo. Elected on July 4 in a rebuff to the old guard around Lee, Hong lost no time in distancing himself and the party from core policies dear to the president, whom he called “good at everything but bad at politics.” Keen to expand welfare and cut college tuition fees, Hong opposes planned tax cuts for the rich. Hardly an unalloyed progressive, on July 10 he publicly threatened to hit a female reporter who was persistently questioning him about a corruption scandal.

It’s Hong, rather than the government, who breezily asserted that pipeline talks will start in November. Leaping unabashed from critique to Pyongyang-style sycophancy, Hong claimed that “Lee Myung Bak has been quietly pushing the … pipeline project since early in his term, and the accomplishment is entirely the president’s.”[2] As perhaps misquoted by Yonhap, he supposedly told a GNP forum that “by November Russia’s natural gas will be delivered through a pipeline to [our] east coastal area via North Korea. Large-scale construction work will begin.”[3] The second sentence sounds a tad more plausible: it takes more than just a few weeks to lay a thousand-mile pipeline. Hong added: “The GNP has been accused of being an anti-unification, warmonger group. But time has come for the party to change direction.”

All this meant the writing was on the wall for Hyun In Taek: the hardline academic and key adviser who had served as unification minister since January 2009. (That’s a long tenure by Seoul standards: Most ministers last less than two years, way too short to achieve anything.)

Many had expected Hyun to go in an earlier mini-reshuffle in May. Credit for his survival was claimed by an editorial writer at the JoongAng Ilbo, Seoul’s leading center-right daily. Kim Jin boasted in the paper that he and a posse of fellow-conservatives, dining with Blue House advisers on the eve of the reshuffle, persuaded them that Hyun should stay for fear that Pyongyang would read any change as a sign that Lee Myung Bak was going soft.[4]

But Hyun’s fresh lease on life didn’t last long. Calls for his scalp grew, and not only from the liberal opposition Democratic Party (DP) and others further left. On August 29, the Seoul press, in a typical well-placed leak, reported that the previous day Hong Joong Pyo, over breakfast with Lee Myung Bak, had “strongly” urged the president to ditch Hyun in the reshuffle known to be impending. Clearly the man has clout, for Hyun was out the very next day. His nominal retention as a special adviser on unification can’t disguise the fact that the wind has changed, despite predictable official insistence of policy continuity towards the North.[5]

If in any doubt, listen to the new guys. As expected, Lee turned to another crony: his former chief of staff Yu Woo Ik. A geographer, Yu originally came to fame—or notoriety—for his plan to criss-cross South Korea with a network of canals. Almost everyone thought this was plumb crazy for so mountainous a land—Holland it ain’t—but “the bulldozer” was impressed, and made it a campaign pledge. Ostensibly and reluctantly abandoned after Lee’s disastrous first year in office, this plan resurfaced as the $17 billion Four Rivers Restoration Project: ongoing right now, despite much opposition and fears of ecological disaster. All very North Korean, really; but I’ll leave that cryptic comment for elaboration in a future article.[6]

In typical revolving door style, Lee replaced Yu after the Great US Beef Beef (remember?), only to send him to Beijing as ambassador. That must have made him a point man for secret contacts with the North. Indeed, the Korea Herald blithely claimed that “Yu has reportedly maintained dialogue with North Korea since retiring as … ambassador to China in May.”[7]

Er, in what capacity? Isn’t that illegal under the National Security Law? The hypocrisy of the Lee administration, which comes down hard on most such contacts, is breathtaking.

Yu promptly promised to “ponder whether there is the need for flexibility in areas necessary for the practical development of inter-Korean relations.” He also sounded positive, if a bit guarded, on the gas pipeline. More forthrightly, Suh Jae Jean’s successor at KINU, Kim Tae Woo—hitherto vice president of the Korea Institute of Defense Analyses (KIDA)—told Yonhap on August 30 that “it is important for the government to show more flexibility without undermining its principles.” Concretely, he advocated dialogue for its own sake as a prelude to full-fledged talks, presumably as a confidence-building measure.

This is a new note. It chimes neatly, and not coincidentally, with a new buzzword coined by (or for) Park Geun Hye, in a carefully timed and judged article in the latest Foreign Affairs.[8] In a delicate balancing act, while insisting on firm retaliation to any Northern provocations, her main call is to build “trustpolitik” between North and South as a basis for progress.

As most will know, Park is the daughter of the dictator Park Chung Hee (1961-79), ex-leader of the GNP, and sworn enemy of Lee Myung Bak since he snatched the party’s presidential candidacy from her in 2007. As by far South Korea’s most popular politician according to opinion polls, Park should be a shoo-in for the nomination this time around. Yet Lee has not endorsed her, and it’s possible that their feud may continue even if it were to split the Right and so hand victory to the liberals. That’s what happened in 1997, otherwise Kim Dae Jung would never have been president and Korean history might have turned out very differently.

In fact, South Korea faces two elections next year. Lee Myung Bak’s five-year presidential term ends in February 2013. The Constitution forbids a second term, so his successor will be elected on December 19 next year. Well before that, on April 11, there’ll be a separate election for the National Assembly. On present form, the GNP could lose its majority in the legislature. Sooner yet, on October 26, the DP may well seize full control of the capital in a by-election called after GNP mayor Oh Se Hoon—once a presidential hopeful—shot himself in the foot and resigned over a referendum on free school lunches that backfired by being inquorate. (South Korea’s education and welfare debates are fascinating, but another story.)

So in case you wondered what T.S. Eliot was doing upfront, the squalid take on all this is that this administration’s abrupt u-turn on the North may be less about principle—or even sincere pragmatism, which Lee professes but has rarely practiced—than short-term vote-grabbing.

Pace the poet, maybe motive doesn’t matter much. Yet it’s hard not to mourn three, nearly four wasted years. If only Lee had chosen to go ahead, pragmatically, with the rather good mutual deals that his predecessor Roh Moo Hyun signed up to, where might we be now? It would be South Koreans, rather than—or as well as—Chinese, who’d be mining the North’s minerals. Maybe we’d have rail links already: remember the planned joint Korean cheering train set to head for the Beijing Olympics? And the Cheonan would still sail the seas.

None of which, need I add, in any way excuses Kim Jong Il, whose own dilemma is caught in a cartoon by Gregory Pence.[9] A demon Kim (cute red horns and tail) aims a bazooka at a pipeline with the flags of Russia and the ROK’s Taegukgi. Behind him, angel Kim—not so angelic-looking in square reflecting shades, despite a halo—counts a huge pile of money.

Maybe this isn’t an either-or. The Dear Leader has just shamelessly seized everything that Chung Ju Yung spent nigh-on a billion dollars building at the Mount Kumgang tourist resort. Even as I write, a ship of fools—none other than the aging Mangyongbong-92, which for years plied between Wonsan and Niigata until Tokyo barred it—is cruising from Rajin down the east coast to Kumgang, apparently carrying would-be investors in stolen property.

Outrageous, of course, and one of Yu Woo Ik’s first dilemmas in his new job. Might Seoul consider resuming cross-border tours, suspended three years ago after the KPA shot dead a middle-aged female tourist who went for a dawn walk where she shouldn’t have? If the 46 young conscripts who drowned in the Cheonan can be set aside for the sake of a hoped-for better future, it’s not obvious why the hapless Park Wang Ja should remain an obstacle.

Engage the bastards, sans illusions. It’s the only way. Grit your teeth. Here we go again. I began with one poet, so let’s end with another: “Once more unto the breach, dear friends!”[10]