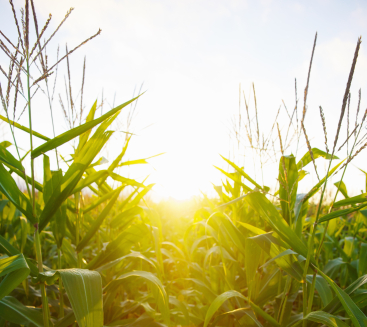 Despite continuing food shortages in the DPRK, the 2012 New Year’s Joint Editorial and other statements related to the succession of Kim Jong Un suggest there will be no new approaches to revitalizing North Korean agriculture. The editorial labeled the food problem “a burning issue in building a thriving country,” [1] but allocated fewer than 150 words (of 5500) to that issue, only exhorting the masses to increase yields, implement crop rotations, and increase production of farm machinery and farm inputs.

Yet agriculture could lead a revival of the DPRK economy if appropriate policy changes were implemented. The technical means of improving farm production in the DPRK have been known for years. And if farms could use income earned from increased production to purchase improved machinery and other supplies needed for modern agriculture, a virtuous circle of investment in the farms plus support to small industry could lead to the modernization of both sectors. Government investment combined with some international assistance could stimulate sustainable increases in productivity and better incomes for workers on the farms and in related industries.

A few recent projects point the way to a sustainable and highly productive agricultural sector. But without changes in the institutions and infrastructure that support agriculture, there is no hope for any substantial improvement in food security. The leadership succession offers an opportunity to continue and augment some necessary changes begun under Kim Jong Il, though not if consolidation of the new leadership is founded on a reflexive insistence on ideological orthodoxy.

Fifteen years of international aid programs to the agriculture sector have brought a very good understanding of the difficulties faced by DPRK farms as well as the means to overcome them. There are no technical obstacles to greatly increased farm productivity. Nothing exceptional is required—only the widespread application of commonplace good farming practices. A few examples will suffice:

These practices are neither difficult nor complex, and many farms in the DPRK already know of and are beginning to adopt these methods.[3] Yet most of these practices are still isolated exceptions because despite their clear benefit, farms lack the support infrastructure and economic resources to implement them fully. The DPRK has largely completed its demographic transition from a rural to an urban society, thus surplus rural labor is not available to offset the loss of industrial support to agriculture.[4] Farms need machinery and fuel as well as the other inputs of modern farming. Use of lime depends on fuel to haul the crushed limestone from quarries. Lack of tractor power makes land preparation slow and difficult, thus impeding the use of off-season green manures or of double cropping. Farms mostly do not have modern seeders for maize, soybean, or wheat. Seed placement by hand is neither uniform nor at a regular depth, causing crowded plants and uneven germination. Use of SRI is impeded by the lack of inexpensive plastic trays that ease handling of the very young rice seedlings.

The institutional obstacles are more serious: grain production quotas inhibit wider planting of soybean and other legumes. The requirement that farms sell all surplus grain to the state at a price less than 5% of its free-market value insures that no more than minimum effort is directed to maize and rice farming. Farm workers give more attention to the production of vegetables, small animals, and fruit which can be sold for a profit in the farmers’ markets, but which do not substantially boost the national food balance.[5] Farm machinery maintenance is impeded by the lack of spare parts (especially for modern, fuel efficient tractors which have been imported by various aid programs). Most importantly, a farm that somehow raises its production cannot legally exchange its grain surplus for anything meaningful that would further stabilize or improve its productivity because of the price controls on grain and the restrictions on imports of fuel, fertilizer, and other resources that a farm needs.

A few exceptions to this pattern illustrate a possible solution. The German nongovernmental organization Welthungerhilfe was asked for assistance in building a factory to produce and process good quality hybrid maize seed, which is essential for good maize yields. The planning process included consideration of how the factory could be made economically sustainable. As part of the agreement with the DPRK government, the factory is allowed to purchase hybrid seed from affiliated seed farms at an appropriate price, to sell the seed to cooperative farms at a price that covers its procurement and processing costs, and to engage in sideline profit-making economic activities that improve the financial status of the enterprise. Two years after its inception, the factory is independently managing its maintenance requirements and continues to sell 10,000 MT of hybrid seed yearly to DPRK farms. This is enough seed for about one-third of the total area planted in maize, and increases maize production by over 100,000 MT yearly.[6]

Welthungerhilfe has taken another approach to the perennial problem of farm machinery maintenance. Confronted with farms’ inability to maintain a number of tractors which had been imported from China under a European Community project, the NGO negotiated with the DPRK authorities to establish a central parts and repair depot. Cooperative farms are permitted to purchase imported tractor parts from the depot or they can send used parts for repair. The farms pay in Won valued at the market rate and the repair depot is allowed to secure the foreign exchange needed to import the spare parts for sale or for use in repairs. If this arrangement is allowed to continue, one can expect these tractors will be used for many years longer than has been the case with other imported machinery.

Microfinance loans provided to 45,000 farming households by an International Fund for Agricultural Development project (IFAD) are a third example.[7] Each family receiving a loan established or augmented a small animal raising operation, and all the loans were repaid to the bank and re-lent to other households. All inputs were available and purchased locally at unregulated prices, and the produce (meat, eggs, and milk) was also sold locally at market prices. Many cooperative farms around the DPRK are now independently engaged in similar practices, with young pigs or goats bred in a central facility and then distributed to households for further raising.

The key to sustainability in these examples is that each enterprise is allowed to sell its produce at free market prices that cover all production costs and to obtain supplies or other inputs with few or no restrictions, also at market prices. This is a prerequisite for any economically sustainable activity, but a condition that, so far, does not hold for most cereal grain production in the DPRK. Market activity is now widespread throughout the North, and to some degree institutionalized and regulated.[8] A cash economy, variously denominated in Won, Euro, Renminbi, and US Dollars is pervasive. Past efforts by the government to control or restrict market activity have been notably ineffective, but the special rules governing trade in rice, maize, and wheat continue to impede investment in improved productivity for these essential crops.

Agriculture could actually be the foundation for a revived DPRK economy. In the short run, it is the most critical sector for human security, and appropriate assistance programs coupled with domestic investment and policy changes could lead to a virtuous spiral whereby increased farm productivity would allow purchase of needed machinery and repair parts (whether domestically produced or imported), as well as judicious amounts of fertilizer and fuel. If the government accepted more self-supporting enterprises such as the maize seed factory, farms with rising incomes could begin to support a farm service sector, as well as an expanded transportation and marketing infrastructure. Investment in enterprises to make tractors (much like the state’s purchase and relocation of a Fiat factory to produce the Whisper auto) and other farm implements—sold at realistic prices to farms that are selling their grain at similarly fair prices—could become the spark that re-energizes one sector of industry and has a greater multiplier effect than mining coal and minerals for sale to China. Expanded use of two-wheel walk-behind tractors and associated implements[9] could be a path to a low-tech re-mechanization of the farm sector that would support smaller factories and enable effective and flexible farm management at the sub-work-team level, in accordance with policies first promulgated around 2004. Many other positive interactions would undoubtedly emerge as well.

Are these changes feasible? The last two years have made it clear that the DPRK cannot rely on international food and fertilizer assistance, even in the face of substantial food shortages. Policies that try to centralize distribution of all food grain or suppress market activity have also been ineffective and only serve to depress grain production. At the same time, if international humanitarian aid organizations are truly concerned about resolving the food security problem, they should press donor governments to support development assistance to the farm sector (a few have been doing this for some time) while conditioning the provision of any additional and temporary food aid on economic policy changes in the DPRK.

Without changing the economic rules that affect domestic prices, internal terms of trade, import of critical supplies, and investment in farm productive potential, DPRK farms will never become sustainably productive. On the other hand, with suitable price and import policies, domestic investment, and some international aid, agriculture could be the foundation of a revitalized DPRK economy. The state should relax economic control measures which have been counterproductive; and by solving the burning issue of food and consumer goods, its legitimacy and popular support will increase. The West should similarly recognize that agricultural development in the DPRK is not a threat to the region, but rather a vehicle for increased and improved communication and—by supporting legitimate human security concerns of the DPRK government—possibly even a vehicle for resolving long-standing security issues.

[4] About 4.13 million people are employed in farming, or about 34% of the working population. (Central Bureau of Statistics, DPR Korea Population Census, Pyongyang, 2008.) Thus there is about 0.3 ha of farm land per worker. This would be a reasonable land/worker ratio if farmers had sufficient oxen for animal traction and suitable small implements (or a small two-wheel walking tractor for about every two hectares), but they don’t.

[5] It also makes economic sense for a family to divert locally surplus maize to feed a pig or a few chickens which they can sell at unregulated prices, further reducing grain available for national distribution.

[6] Welthungerhilfe, “Project 1036 Enhancing Maize Seed Management Facilities in Unsan County.” Pyongyang: Deutsche Welthungerhilfe, n.d. http://www.welthungerhilfe.de/fileadmin/media/pdf/Englische_Seite/Projects/Korea_Project_1036.pdf, accessed January 12, 2012; Welthungerhilfe, “Are we doing what we want to do in the DPRK?” Paper presented at International Conference on Development and Humanitarian Assistance to the DPRK, Seoul, November 2010 http://www.ncnk.org/resources/publications/Are%20we%20doing%20what%20we%20want%20to%20do%20in%20the%20DPRK.pdf/?searchterm=Welthungerhilfe.

[9] The 2011 Crop and Food Security Assessment Report notes these have been imported in small numbers and are highly desired for many farm tasks.