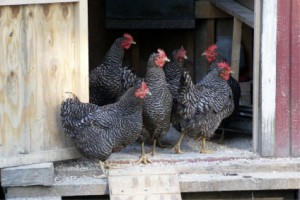 So far this week, the very, absolutely, most favorite word of headline writers and reporters is “defiance,” as in “North Korean Missile Launch Act of Defiance.” Yes, that’s one way to look at what happened a few hours past dawn on December 12, when the North made up for its “botched” (another favorite word recently) launch attempt last April.

Logically, we suppose an act of defiance needs something to be defiant against—something like established order, a stronger power, or impossible odds. At times, an act of defiance can be deemed heroic. On occasion, it’s considered to be a dangerous challenge. Now and again, it may be seen as merely a pain in the neck. Partially, it’s situational (i.e., what’s going on) and partially positional (i.e., where you sit.)

In this case, the North Koreans are being described as defiant because: 1) they are ignoring the international community (however defined); and 2) they are not acting in compliance with several UN Security Council resolutions and statements. The resolutions have numbers, but in an act of defiance I will not mention them.

To boil it down, for North Korea to launch anything using ballistic missile technology has been defined by the UNSC as an act that jeopardizes peace, stability and security in the region and beyond, and thus the North is forbidden to conduct such launches until the Security Council says it can. North Korea says nuts to that. It will not, pretty clearly, submit to being the only country on the face of the earth forbidden to launch ballistic missiles.

Instead of using “defiance,” which puts the onus solely on North Korea, what if a headline were instead to say, “Chickens Coming Home to Roost?” Wouldn’t that cause people to stop and think? The news stories under such a headline, assuming the reporter cared to take the time to do the research, would then reveal that in an October 2000 meeting with Secretary of State Albright in Pyongyang, Kim Jong Il offered to the United States the outlines of a deal that would stop production and deployment of missiles over a 500 km range, stop sales of missiles abroad, and seek to have another nation launch three or four North Korean satellites a year. This was an initial offer, of course. It contained few details, and would have to be filled in through negotiations. How long would that take? It was anyone’s guess, but given the pace of US-DPRK talks at that point, a good estimate would have been at least a year of intense, frequent, and serious negotiations. Kim may have planned to go further in specifying his terms if President Clinton had come to Pyongyang later that year, but there was no such trip.

The next year, in 2001, the North Koreans signaled that this missile deal was still on the table, and they were waiting for the US to pick it up. To keep the way open for talks, in May 2001, Kim Jong Il reaffirmed the North’s launch moratorium put in place as a result of talks with the US in 1999; he reaffirmed it again in September 2002, in the Pyongyang Declaration signed with Japan. The moratorium held until July 2006 (almost 7 years from its inception), but the Bush administration was interested in developing national missile defense, and settling the missile problem with the North Koreans was not a very good way to justify moving ahead with NMD. So from 2001 until the frosty morning of 12/12/12, there have been no serious US-DPRK talks on the missile issue. We’re not talking here about some, episodic, occasional, or from time to time. We’re talking here about zero, nada, nil, none. The talks leading to the Leap Day Agreement of February 2012 touched on the missile issue, but weren’t focused on the subject and, in the end, the agreement foundered on who said what to whom on the question of space launches vs. long range missile launches.

Some might say that numbered UN Security Council resolutions barring the North from using ballistic missile technology constitute the results of discussions on the issue, but pretty obviously these aren’t the sorts of discussions that lead to progress. These resolutions are firewalls erected when other efforts to resolve the issue have failed. But in this case, there were no other efforts, frowning spokespersons issuing warnings notwithstanding.

What, then, about “provocations?” How can the launching of a satellite be a provocation, even under the most stretched definition of the term? Launching a rocket may be an act of “defiance” insofar as it ignores a UNSC resolution, but can it be a provocation? How? Or can the launch itself, especially if it has been announced well in advance and the requisite notifications to sailors and airmen given, be a “threat to peace”? This is the preferred language of diplomacy that has nowhere else to go.

Unspooling our dilemma may be useful. We say, and the North Koreans agree, that there are important similarities between a space launch vehicle and a ballistic missile intended for military use. We don’t want the North Koreans to develop their ballistic missile technology beyond what they already have. We don’t know for sure, but widely assume that the North actually wants the opposite of what it says, i.e., that its goal is not to develop space technology but to perfect its missiles in order to become a nuclear weapons-armed state with a long-range delivery capability.

But without seeming to be naïve about international law, isn’t our real problem the North’s unencumbered and continuous development of long-range ballistic missiles? And isn’t that occurring because we have found no way—to be more accurate, haven’t looked for a way—to deal with the problem effectively?

We like to say that violating UNSC resolutions has “consequences,” (if this were a movie, we’d cue the kettle drums at this point). Yes, but so does promulgating resolutions. At this point, our hands are tied more than the North’s because not to seem weak we are bound to stick with enforcing and even strengthening the resolutions (which are demonstrably ineffective) whereas the North is free to continue launching its missiles.

The chickens are getting bigger, they can fly farther, and they are coming home to roost more frequently. Numbered resolutions as far as the eye can see aren’t going to change that. “Violating UNSC resolutions has consequences.” Is that really our point? Is it actually our central concern? Even if it means the North’s missile program will continue to develop? At some point, we are going to have to decide which is more important—do we want to be punitive, or do we want to solve the problem?