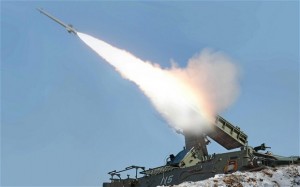 Recent developments in North Korea, particularly the execution of Jang Song Thaek and the latest series of short-range missile tests, have led to renewed speculation that Pyongyang may carry out bigger provocations in the near future. If the North does conduct a new long-range rocket or nuclear test, it is certain the United States and its allies will seek new sanctions against Pyongyang.

For several years now, the cycle of North Korean action (provocation of sorts) and international reaction (imposing more sanctions) has repeated itself. Although a case can be made that the maddeningly slow and inefficient process of winning grudging Chinese acquiescence to marginal increases in sanctions against Pyongyang may finally have produced some tangible results in UN Security Council Resolution 2094,[1] the process can seem timid and ineffectual to many outside observers. This is especially the case when compared to the US approach to sanctions in the case of Iran’s nuclear activities.[2]

While opinions are divided about the acceptability of the interim agreement between Iran and the P5+1, both critics and supporters of that arrangement agree that robust multilateral and unilateral sanctions pushed Tehran to reach agreement and remain key to reaching a successful final agreement. Have policymakers, through failure of insight or of will, missed the chance to impose similar leverage on Pyongyang?

In all likelihood, the answer is no. While from a political perspective, the imposition of sanctions is an important part of the international response to acts of proliferation, there is a vast difference in the political and economic leverage that sanctions can apply to the two regimes in Pyongyang and Tehran. These differences include the following:

One would, therefore, be ill advised simply to look at what worked in the case of Iran and to try to apply it to North Korea, even in the event of another nuclear or missile test.[3] Does this mean we are doomed to mere diplomatic box checking and finger-wagging to no real effect? Perhaps not.

The existing sanctions effort against North Korea has had an impact on that country’s proliferation programs. The next round of sanctions on North Korea probably cannot take us to the place we have reached with Iran—barring an epiphany in Beijing. But it can build on recent successes the US and others have had in cutting North Korean weapons and WMD related exports by interdicting illegal shipments and weaning customers from dealing with the DPRK as a supplier, thus constraining Pyongyang’s foreign exchange earnings. More important, it can begin to build firebreaks against North Korean outward proliferation of WMD and isolate Pyongyang from its dwindling list of partners. Finally, it is time to begin a longer-term effort to build the diplomatic and political base for sanctions that can have an “Iran effect.”

A sanctions response to another North Korean nuclear test, therefore, might seek to achieve the following:

Express international condemnation in a UN Security Council Resolution. Yes, this is diplomatic finger wagging and box checking, but it is necessary. The absence of a resolution in response to another test would signal a significant change in attitudes (notably Chinese and American) towards DPRK behavior. Moreover, despite the delays and dilution of impact caused by the need to negotiate UN sanctions, many countries key to implementing them operate only within the authorities provided by such resolutions, because they carry the force of international law.

Impose dollars-and-cents costs. Intense efforts by the US and a number of other governments have had a significant impact on North Korean weapons, ballistic missile and WMD related exports. Those exports were a significant funding source for the North’s WMD and missile programs. It is particularly important to continue to whittle away at North Korea’s dwindling ability to earn and transport foreign exchange from such deals. That will require further work to identify suspect financial channels and block their use. In addition, building up multilateral cooperation in halting North Korea’s cash couriers will be quickly noticed in Pyongyang.

Create a firebreak on the proliferation of North Korean WMD capabilities by acting against fronts in third countries and transportation entities. While the DPRK’s efforts to create an effective, ballistic missile based nuclear arsenal will probably require a number of additional years of effort, it still remains a vital national security concern to the USG, particularly since the provision by North Korea of a single nuclear weapon or the nuclear material for that weapon to a non-state actor or to a hostile government is a fundamental threat. To deal with this danger, an important priority for sanctions is to degrade or destroy any elements of a network that could support North Korean outward proliferation. This will require identifying procurement fronts and marketing operations based in third countries involved with North Korea’s WMD programs and inducing third-countries to expel or arrest the key officials in those organizations. Part of this effort should be to establish new mechanisms to constrain North Korea’s use of its shipping and airlines for proliferation purposes. For example, North Korean shipping is vulnerable to tactics used against Iran. [4] As a valuable side benefit, action against fronts and transportation can constrain North Korean procurement for its own proliferation programs. China showed a slightly increased willingness to act in this area in implementing UNSCR 2094, which could form the basis for further action in the future.

Create a platform for greater future pressure. Past sanctions efforts have tended to anger Pyongyang but not to instill great regime concern about its future. There are base-building steps for future actions that might well change Pyongyang’s perception that it can ride out whatever Western sanctioners can think up. The first would be a genuine US-China dialogue on how to modify Pyongyang’s behavior. This will take time and patience.

While the US and PRC engage heavily on the texts of specific UN resolutions or statements on North Korea, a dialogue of the deaf accompanies this tactical engagement. On the long-term strategic approach towards the problem of North Korea, the US chastises the PRC for defending an indefensible regime. The Chinese throw up their hands at the USG’s single-minded focus on punishing the North Koreans without considering other means to reach a long-term solution.

But, if there is ever to be a time when a change in Pyongyang’s current course is to take place, the Chinese are going to have to play tough and the USG is going to have to do more than just sanction again the most sanctioned regime on earth. Both governments would benefit from listening to each other rather than tapping their feet impatiently whenever the usual talking points are deployed.

A second component of this measure would be for major financial powers and their intelligence agencies to take a much more rigorous and sustained approach to identifying the foreign assets of the North Korean leadership. Perhaps the only financial sanction that would gain the attention of the North Korean leadership is action against the assets set aside for its own use. Sensationalist press reports to the contrary, the main reason there has been little effort to target and seize such assets is not a lack of will; it is a lack of information. Just the act of looking more seriously for the assets might well have a most edifying effect on the regime.

Cut off the DPRK from its customers and enablers.Future sanctions should seek to create leverage on North Korea’s weapons customers, particularly since the governments and entities that do business with the DPRK are frequently susceptible to persuasion, exposure or pressure. Most of the DPRK’s customer governments deal with the North out of convenience not conviction. Therefore, it may well be worthwhile to consider targeting or threatening to target these third-party entities and governments in future sanctions actions. In addition, new measures should tighten and clarify, where necessary, requirements on dealing with transportation and transit of North Korean goods. UNSCR 2094 made a good start in this regard,[5] but more can still be done to induce transit states to crack down on North Korean transportation practices. States interested in the operations of their megaports tend to take a very narrow view of their obligations under UN Security Council resolutions. Ways should be found to expand their legal horizons.

In summary, in response to another North Korean nuclear or missile test the USG and its partners should build on the marginal successes achieved in the past in inflicting financial and political costs on the DPRK, constrain the North’s ability to conduct outward proliferation by targeting key individuals and entities, dry up its foreign customer base and the number of countries willing to allow North Korean entities to conduct proliferation business on their territories, and crack down on Pyongyang’s means of transportation and build a base for greater pressure when both our information base and the diplomatic situation are favorable to action.

But, at the end of the day, North Korean sanctions can only be made comparable to the Iran case if two conditions are met. First, the sanctions have to have the same much more severe impact on something valued by the North Korean leadership. Achieving that objective will be difficult. And second, sanctions must be linked to a broader overall strategy such as diplomatic engagement that gives that leadership a viable mechanism to escape sanctions in return for something of value to the international community.

[2] An excellent example of this viewpoint can be found in: Bruce Klingner, “Time to Get North Korean Sanctions Right,” Heritage Foundation Backgrounder No. 2850, November 4, 2013.

[3] In point of fact, many of the people in the US and other governments who design and implement unilateral and UN sanctions work on both North Korea and Iran. They do draw on their experiences with one country to adapt sanctions on the other. This is clearly the case for the texts of UN Security Council resolutions and also for the tools used by the USG to implement its national sanctions. But, most government sanctions experts (the author included) would note that these very similar tools would likely have quite different effects given the differences of the two objects of the sanctions.

[4] These include rigorous enforcement of national and international liability, environmental and safety regulations. Port authorities have the ability to deny ships that do not comply with such regulations bunkering services and entry privileges or to take other regulatory steps. North Korean ships frequently have questionable safety and maintenance records and their insurance coverage may well not stand up to any serious scrutiny.

[5] United Nations Security Council, S/RES/2094 (2013) 7 March 2013, Operative Paragraphs 16-18. These paragraphs expand and clarify Member State responsibilities to inspect cargo that could be implicated in North Korean proliferation activities even if that cargo did not originate in the DPRK. They also clarify Member State authorities and requirements when dealing with suspect air shipments to or from the DPRK.