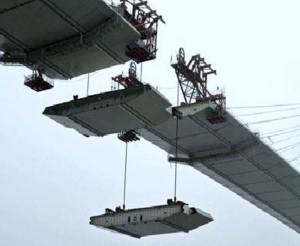 Neither this “appeal” (see below) nor the KCNA report on the “joint meeting of the DPRK Government, political parties, and organizations” mentions Kim Jong Un’s suggestion that a summit is possible if the “atmosphere and environment” for it is created. That is a reference to joint military exercises, and chances get slimmer every day that there will be any movement on that front.

However, the joint meeting does repeat Kim’s formulation that “it is possible to resume the suspended high-level contacts and hold sectoral talks if the south Korean authorities are sincere in their stand towards improving inter-Korean relations through dialogue.” That can be (and is probably meant as) a more easily met standard (“sincerity,” after all, is in the eye of the beholder). In other words, there are (apparently) different thresholds for summit talks and “high-level contacts and sectoral talks.”

Judging from the KCNA English report, the “appeal” from the joint meeting then puts forth—with no preconditions—the goal for the year of “promoting contacts and exchanges between north and south in sports, cultural, and all other fields…” Once the joint exercises are over in a couple of months, this opens the door for the North to fire volleys of its own proposals (or even entertain those from the South).

Pyongyang, January 20 (KCNA)—An appeal to all Koreans was adopted at a joint meeting of the government, political parties and organizations of the DPRK held here on Tuesday.

The New Year address made by the respected Marshal Kim Jong Un is a signpost and a banner of the sacred struggle for all Koreans in the north and the south and abroad to open up a broad avenue to independent reunification this year.

Let all Koreans in the north and the south and abroad respond to the calls of the historic New Year address with a nationwide struggle for improving the north-south relations and reunifying the country this year when the prospect for national reunification and the future of the nation will be decided!

It is the consistent stand of the DPRK to advance hand in hand with whoever loves the country and the nation and aspires after national reunification, not absolutizing the differing ideologies and systems in the drive for reunification.

If one regards his fellow countrymen as the “enemy” and seeks unilateral “unification of social systems”, opposing our ideology and social system, north-south relations can never be mended.

Let us make this year marking the 70th anniversary of national division and the 65th anniversary of the outbreak of the Korean war the first year free from war drills staged with foreign forces against fellow countrymen, a year of history when peace will be settled on the Korean peninsula!

The DPRK is ready to settle all issues in improving the relations sincerely and candidly and clarified a crucial stand on north-south dialogue.

The north and the south should no longer waste time and energy over pointless arguments and trifling matters.

The south Korean authorities should do away with the reckless “theory of unification of social systems” which will invite only confrontation and war, smoothly settle the reunification issue in the interests common to the nation and take the road of improving inter-Korean relations and achieving independent reunification, peace and prosperity from the new viewpoint and new attitude, away from the narrow-minded and hostile attitude.

The political parties and organizations of south Korea should actively swim with the giant trend of history to bring about a fundamental change in the inter-Korean relations, and refrain from putting brake on its wheel nor obstructing it.

Let the north and the south hold events common to the nation, grand reunification meetings of people of all social standings to make hurrah for reunification and enthusiasm for national unity prevail over the country where Koreans live!

Let us actively promote contacts and exchanges between the north and the south in sports, cultural and all other fields to rejoin the severed ties and blood vessels of the nation and demonstrate advantages and commonness of the nation before the whole world!

Availing ourselves of this opportunity, we express the expectation that those countries concerned and the international community will refrain from inciting confrontation between fellow countrymen and escalating tension on the Korean peninsula and extend support and encouragement to our positive efforts to mend the inter-Korean relations and reunify the country.

We ardently call upon all Koreans in the north and the south and abroad once again to turn out as one with the strong desire for reunification and patriotism and dynamically open up a broad avenue to independent reunification in this significant year. -0-