Since its January 6 test of what was claimed to be a hydrogen bomb and a follow-up satellite launch on February 7, North Korea’s nuclear weapons program has received a considerable amount of attention. The United Nations Security Council (UNSC) unanimously passed Resolution 2270 at the beginning of March[1] in what has been widely viewed as one of the most sweeping sets of economic sanctions on Pyongyang to date. In addition, American officials have pressed their reluctant Chinese counterparts for greater cooperation in checking Pyongyang, South Korea closed down the Kaesong Industrial Zone it operates with the Democratic People’s Republic of Korea (DPRK), and Washington has refocused attention on the possibility of deploying the Terminal High-Altitude Area Defense (THAAD) system to the Republic of Korea (ROK). 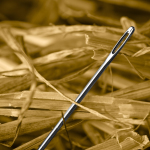 Much less coverage and attention has been paid to how the North Korean leadership might actually use nuclear weapons in a live, operational setting. The avoidance of discussion on this issue is hardly surprising; analysis of nuclear combat theory and doctrine is somewhat of a taboo in the strategic community,[2] almost certainly borne of the ideas of mutually-assured-destruction (MAD) and measurements in megadeaths (a morbid metric defining nuclear combat deaths of at least one million) that were derived from the conclusions reached by Cold War thinkers and analysts.

However, this avoidance needs to change. Undoubtedly it is uncomfortable to contemplate scenarios involving violence on such a grand scale, but the reality is that the global nuclear weapons landscape has fundamentally changed in the quarter century since the Soviet Union crumbled, and has brought about a strategic environment in which it can no longer be assumed that such weapons will never be used. Topics of discussion related to nuclear weapons need to extend beyond nonproliferation or attempts at containing burgeoning powers on the hunt for the bomb.

More than a decade of punishing sanctions have thus far not had the desired effect on North Korean behavior and the new ones implemented in accordance with UNSCR Resolution 2270 are unlikely to be more effective. Kim Jong Un’s regime, like its predecessor, sees nuclear weapons as the ultimate guarantor of state survival. Taken from the perspective of a dictator, it isn’t difficult to imagine the Kim regime looking to the fate of toppled Libyan strongman Muammar Gaddafi, who cooperated with the United States on the surrender of his own WMD stockpiles yet was deposed and ultimately killed by opposition rebels backed by Washington in 2011, and opting for another course.[3]

This is just one example that helps explain the North Korean calculus. Since the imposition of the new Security Council sanctions and amid the near global condemnation that has followed its latest round of nuclear testing, Pyongyang has issued a steady stream of increasingly volatile and threatening statements, including a threat to launch nuclear strikes at New York.[4] After the additional sanctions were levied, the DPRK publicized that Kim had given the order for the nation’s nuclear forces to be put on high alert.[5] While such language is often treated as something of a joke among western audiences, talk of the sort emanating out of Pyongyang may signify that the DPRK leadership views its nuclear weapons as “inherently usable.”[6] At the Workers’ Party of Korea’s 7th Congress last month, Kim shed greater light on what sort of scenario could trigger a DPRK nuclear strike. He stated that North Korean sovereignty would have to be threatened by “invasive hostile forces with nuclear weapons.” Given the regime’s behavior, however, this should hardly be taken as gospel. Just what exactly would constitute a violation of DPRK sovereignty is unclear, as is how Pyongyang might classify the terms “hostile” and “invasive.”

In a sense, this is reminiscent of Russia’s “escalate to deescalate” concept – the nuclear posture Moscow adopted in the wake of NATO’s 1999 intervention in Yugoslavia. The doctrine essentially revolves around the premise that Russia reserves the option to execute a first-strike nuclear attack in a limited fashion against an opponent that has overwhelmed its conventional capacities, but it does not specify the kind of live setting that would fall within the doctrine’s framework. Unlike Russia, however, the North Korean nuclear posture is not particularly diversified. Asymmetric escalation options for the DPRK leadership are somewhat limited; North Korea has not concentrated on advanced tactical nuclear weapons and that in turn limits how it might actually fight a nuclear war.

At the same time, and against the backdrop of the largest ever joint US-ROK military exercises that took place throughout March, which were said to focus on Special Forces-led decapitation strikes aimed at the DPRK leadership,[7] North Korea also unveiled its new multiple launch rocket system (MLRS), not seen since Pyongyang’s military parade last October.[8] Although Pyongyang has not released any information pertaining to the system’s capabilities other than photos it is believed to be able to fire a number of rockets at one time, presenting challenging obstacles for anti-missile systems. Jeffrey Lewis has pointed out the similarities North Korea’s new MLRS’s rocket bears to the Pakistani Hatf-IX/Nasr 300mm rocket,[9] which Pakistan’s Strategic Plans Division has publicly said has the capability to be armed with nuclear warheads.[10]

Pyongyang has also made the notable shift to solid-fuelled submarine-launched ballistic missile (SLBM) testing from its previous liquid-fuel designs. The last test, conducted in April, featured a range of just 30 km, after four failed tests.[11] This, along with an examination of the DPRK’s offensive nuclear posture, quite possibly sheds some light on North Korean strategy should conflict ever escalate to the nuclear sphere.

While the North has conducted four nuclear tests since 2006, the exact size of its arsenal is largely unknown, and it has not been yet proven to have a secure, second-strike retaliatory capability of the kind that acts as a lynchpin for larger nuclear powers. It does, however, possess large quantities of ballistic missiles, something the regime has been anything but shy in displaying of late. On March 9, Kim visited an unnamed factory, believed to be Chamjin Missile Factory near Pyongyang, where he posed behind what appeared to be a globe model of a miniaturized nuclear device.[12] Also included in the photograph were two KN-08 ballistic missiles, the as-yet-untested intercontinental-ballistic missile (ICBM) feared by some as being able to reach US shores. The accompanying release issued from North Korean state news agencies claimed that the DPRK had succeeded in mating miniaturized nuclear warheads to its ballistic missiles, which, if accurate, would represent a major breakthrough. On March 14, Kim publicly pondered future nuclear and missile tests, saying that North Korean scientists had deciphered how to shield a warhead mounted on a ballistic missile from the heat of re-entry.[13]

While the speed of North Korean nuclear advancements, and the persistent absence of independent or outside verification of such achievements, is certainly a cause for concern, a very large ballistic missile inventory of varying ranges, along with a much smaller but growing nuclear arsenal estimated to contain between 10-16 weapons[14] today appears likely. This raises the frightening possibility of so-called haystacking in the event of actual nuclear war.

In this scenario, Pyongyang would attempt to saturate a given battlefield with conventionally armed ballistic missiles; the catch comes in that a small number of these missiles would be armed with nuclear warheads. Such a strategy would greatly challenge American and South Korean missile defense networks while also comporting with the DPRK’s wider nuclear posture; in lieu of reliable intelligence as to which incoming missiles have nuclear capabilities and which do not, anti-missile batteries would be forced to shoot down as many as possible, greatly lowering the efficiency and effectiveness of any possible defense.

Such a dispersed strategy would address the serious deficiencies North Korea faces in opposition to advanced American and allied missile defense systems, but it would also result in efforts to stiffen those systems. Indeed, the near-constant talk surrounding the possible deployment of THAAD anti-missile batteries to South Korea already suggests such an endeavour is being openly contemplated, to the great annoyance of Beijing.[15] The THAAD system is built to defend against short and intermediate-ranged ballistic missiles.[16] And while the ROK already has formidable missile defense capabilities, including a large arsenal of Patriot-2 short-range missiles that are to be upgraded to the Patriot Advanced Capability (PAC-3s, the same kind recently installed on the home isles by Japan) interceptor sometime in the next year or two,[17] the addition of one or more THAAD units would no doubt provide South Korea with a more layered defensive posture.

THAAD would not, however, serve as an effective tool in countering a North Korean nuclear strike if such an attack were haystacked among a barrage of conventional warheads. The THAAD system is a powerful anti-missile tool, one that forms a central part of defending America’s military base in Guam, but in this case, it would not serve as a bulletproof measure against a North Korean nuclear attack. At present, such a system does not exist.

If THAAD were deployed to the Korean peninsula, it would hardly be a stretch for Pyongyang to immediately and aggressively increase their production of ballistic missiles and their assorted delivery systems. THAAD, for all it can do, has limits that can be overcome by high volume missile stockpiles and SLBM capabilities.[18]

The ROK’s current ability to counter a saturation-based ballistic missile attack from the DPRK is limited. The Patriot radars currently employed by South Korea have the ability to track between 40-50 incoming projectiles. The doctrine attached to missile interception calls for a two-to-one ratio for every missile fired; if Pyongyang were to launch a haystacked barrage, it would almost immediately tax Seoul’s capacity to repel it. At the same time, nuclear-armed ballistic missiles would almost certainly confront the ROK with the problem of leakage in any attempt to intercept them.

An unorthodox nuclear doctrine like haystacking may be the most suitable doctrinal framework for Pyongyang, but such an approach would greatly increase the risks of nuclear combat becoming a reality considering the close geographic proximity of Pyongyang to all of its likely enemies and the forward-deployed missile posture that results from that, it would not take too much of a stretch of the imagination to see that the number of nuclear-related crises could rise. Such an absence of distance could, as the DPRK has already alluded to, lead to higher states of alert and warning, less time to fully discern the nature of an incoming projectile and develop an appropriate response, and more devolved structures of command-and-control.[19]

The biggest takeaway from this developing scenario is a lowering of the nuclear threshold, where the chances of a triggering incident escalate dramatically. It also stands in stark contrast to the accepted strategic balance that existed throughout much of the Cold War. While truly terrifying moments in which both Washington and Moscow were pushed to the nuclear brink have occurred, they were relatively few and far between. Even if command of North Korea’s nuclear arsenal remains tightly controlled by the central leadership, the danger of a lowered threshold will increase. If command-and-control of nuclear assets are given to North Korean generals at or near the battlefield because of fears of decapitation, every incident of dispute could see its stakes raised immediately.

With a stated North Korean doctrine for the use of nuclear weapons that hardly inspires confidence for stability, an escalatory scenario could arise quickly if tensions ratchet up. This should not be viewed as impossible. Moreover, the expected continued growth of North Korea’s nuclear arsenal, both in terms of numbers and possibly sophistication, along with the possible expansion of its ballistic missile delivery force, will only heighten the danger. The contemplation of how Pyongyang could put its nuclear arsenal into action requires the realization that there is no magic-bullet solution to the problem while also thinking beyond early air-atomic theory and the horrors of MAD through scenario-based analysis that is fully cognizant of the above factors.