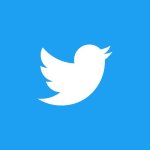 Inspector O was the glummest I’d ever seen him. He was sitting at a table in a dark corner of the bar, shoulders slack, head bowed, eyes closed. At first it appeared he might be praying.

“What’s wrong, Inspector?” I put a cheery note into my voice. “It’s the New Year. All is fresh and sparkling with hope.”

“Shut up, will you?” He looked up at me, waved a cell phone in the air, and groaned.

The groan was with such genuine pain that I immediately grew alarmed. “Really, Inspector, can I help? Should I call an ambulance?”

“No, I am beyond help.” He paused dramatically and indicated I should sit. “What do you know about Ben Hogan?”

“You heard me. Why do you always pretend to be hard of hearing when I ask something?”

“I heard you. I just wasn’t sure I heard you right. Ben Hogan? What do I know about him? Not much. I do know, however, that he’s dead.”

“That I couldn’t say. Maybe twenty years ago.”

“Brother, when it rains! Now what am I supposed to do?”

“If you’d tell me what this is about, maybe I could suggest something.”

Stunned as I was, I still managed to stammer, “You? Why?”

“Because,” he paused, pointed at the ceiling, and then handed me his phone. “Here, look at this rope.”

“String.” I thought about it. “Or maybe thread.” I quickly read what was on the screen and then took a long look at the phone itself. “Where did you get this thing? Samsung was supposed to recall them all.”

“Yeah, well they sold crates of them to us. The Office 39 people were happy with the deal, so no one said anything.”

“Inspector,” I said softly, “No one reads terms of service.”

He stared at me. “Oh,” he said finally. Then a wave of concern passed over his features. “What if I’m not friended by anyone?”

“There are two of them?” He looked alarmed.

“They make money for different people.”

O shook his head. “Leave it alone.” Then he took a notebook from his pocket and cleared his throat. “I was given a series of questions.”

“First, can we call it something else?”

“A tweet. Can’t it be called something else? If it’s going to be used,” he pointed upwards, “tweet doesn’t work well. What else is possible?”

I thought a moment. “Bray?”

O’s eyes bore into me. He frowned. He shifted nervously in his chair. “No,” he said. Then again, a little louder, as if to make the point more clearly, “No. Listen, if you are going to be a smart-alan, just go away.”

“Alec. Sorry, I really was just going down the list. OK, how about bark?”

“Well, does it have to do with food? I need to find out. I had a hell of a time getting pizza chefs to Pyongyang. I’m not sure we can do the same thing with deli food.”

“Punctuation. We notice your man is big on using exclamation points.”

“I never considered that. You may be on to something.”

“Damn right.” He ran his finger down the list. “Most of the rest of this is, ah, oh, one more thing. What does it mean, the single word ‘Not,’ by itself? Not what?”

“Give me an example.”

He pressed some buttons then showed me the screen.

Doing my best to disregard the many inflammatory President O statements and roadblocks.Thought it was going to be a smooth transition – NOT!

I nodded. “Didn’t realize you and the President were related?”

“Don’t joke around, Church.” He looked at the ceiling. “Stay on the point. What’s ‘not’?

“It’s the new American English. We are cutting back on complete thoughts. You may have to get used to it.”

O scratched his chin. “How about this?” He fiddled with the screen, cursed a couple of times, then showed me the phone.

North Korea just stated that it is in the final stages of developing a nuclear weapon capable of reaching parts of the U.S. It won't happen!

“Incidentally,” O took the phone back, “that isn’t exactly what was said. What was said—and I know because they asked me what I thought—was that the preparatory work for test firing an ICBM reached the final stage.”

We sat for a moment. Finally, I said, “What did you want to know?”

It was getting late and I didn’t want to get bogged down in tea leaves, so I wagered with myself that he was asking a rhetorical question and waltzed along to something that interested me. “When is your,” I looked up at the ceiling “maiden tweet?”

O shrugged. “That’s for me to know and you to find out’

“Fair enough. Then answer me this. What about Ben Hogan? Why do you want to know?”

“They saw a picture of your man playing golf. Inviting Rodman didn’t go so well, so a couple of weeks ago, someone piped up at one of the midnight parties and suggested inviting Hogan. I guess that’s out, though, huh?”

“Well, as always you are terrifically helpful, Church.” He put his notes back in his pocket and stood up. “Keep your eyes open,” he said as he turned to go. “Who knows, with the first one we may get a virus.”

“Go viral,” I shouted after him, but he was already out the door.