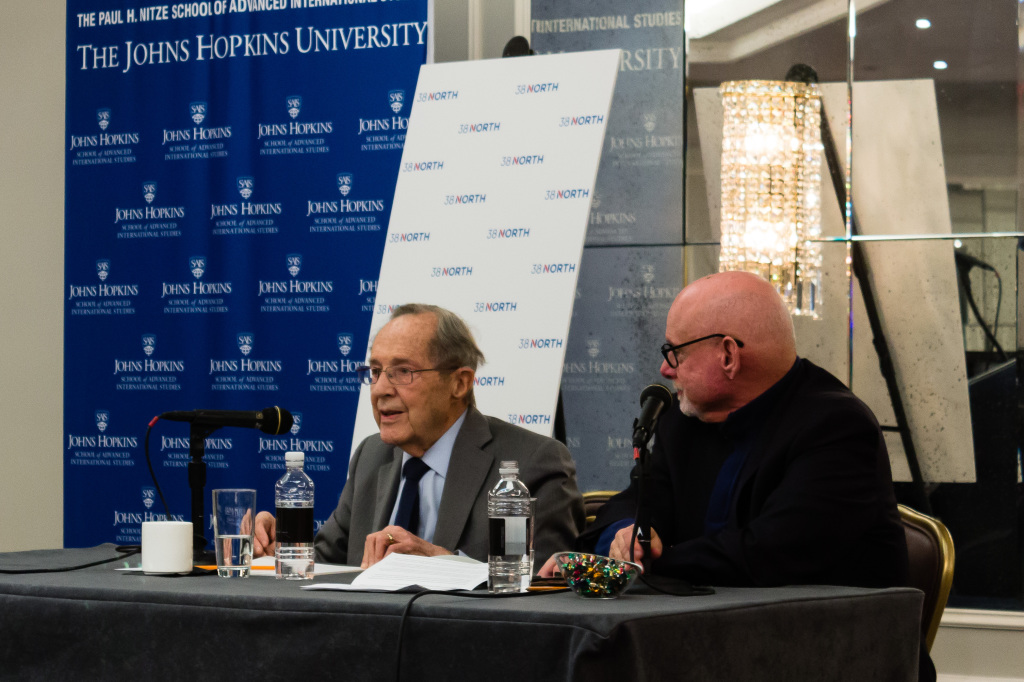 During his annual New Year’s address, North Korean leader Kim Jong Un announced that the country is in the final stages of developing an intercontinental ballistic missile. 38 North hosted a press briefing with former US Secretary of Defense William J. Perry on January 9, 2017. In his remarks, Secretary Perry provided insight on US-DPRK relations and possible ways to deal with the growing North Korea threat.

Secretary Perry discussed the DPRK’s three main goals, and misconceptions about the country and its leaders. He also outlined a proposal for future US negotiations with Pyongyang to lessen the danger of their nuclear program. In the event of failed negotiations, Secretary Perry also specified “Plan B” backup measures based on coercion. USKI Senior Fellow Joel Wit moderated a question and answer session with journalists in attendance regarding negotiations with the DPRK, China’s role, and General James Mattis as the proposed Secretary of Defense.

Download the 38 North press briefing transcript “What to Do About a North Korean ICBM,” with Secretary William J. Perry and USKI Senior Fellow Joel S. Wit.