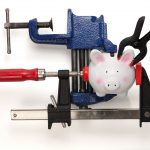 The Trump administration’s strategy toward North Korea looks strikingly similar to the Obama administration’s strategy over the last few years, particularly with respect to the application of sanctions. That is, tough talk, with a measure of saber-rattling (bomber overflights) and additional sanctions to grant credence to the message. With this, the Trump administration is following a fairly traditional foreign policy template for coercive diplomacy, albeit one that has suffered at times from messaging problems and overall inconsistencies. However, it is far from clear that this strategy, even if it results in greater pressure on Chinese banks and entities, would be successful in convincing Kim Jong Un to terminate his nuclear and missile programs.

Since the beginning of June, the United States and the UN Security Council (UNSC) have increased pressure on North Korea to restrain its nuclear and missile activities. The US actions included new US designations against six entities and three individuals, preceding by a day UN Security Council sanctions against four entities and 14 individuals. Though these actions may seem like small, incremental steps, they could help contribute to a diplomatic outcome in the future.

The specific descriptions of the newly sanctioned entities and individuals have particular value. For example, by imposing sanctions on Koryo Bank, the UNSC reaffirmed the overall danger of doing business with North Korean financial institutions. Taken in combination with sanctions on the Kangbong Trading Corporation and Korea Kumsan Trading Corporation, these UNSC sanctions can help to increase the perception of reputational risk to doing business with North Korea. The inclusion of these names in the various compliance lists maintained by global trading firms and banks will prevent direct business with these entities except in instances of willful ignorance or blatant noncompliance. More broadly, they will force companies, banks and other institutions to scrub once more their overall business dealings in Northeast Asia to ensure that they are in step with the UNSC and to reconsider business arrangements that are ambiguous as to the final recipient of goods or services. As has been seen in the Iran case (both before and after the 2015 nuclear deal), such sanctions and risk perceptions linger and can influence business decisions with long-lasting effect.

This is even true with respect to China, long seen as a sanctions sieve when it comes to North Korea. Certainly, China can and should do more. Reports that Chinese purchases of North Korean coal well above the caps agreed to by the UNSC in resolution 2321 persisted throughout early 2017. However, those were replaced with reports in mid-April 2017 that China had rejected further North Korean coal shipments. Likewise, the UN Panel of Experts report of February 2017 was rife with indications that Chinese companies were continuing with sanctioned transactions with North Korea. Left unsaid, but hardly a secret, was the possibility that these transactions took place with the explicit connivance of the Chinese government. Those following Chinese export controls and sanctions enforcement over the past few decades would find it hardly surprising that this remains a persistent problem. However, Chinese export controls have also improved over the past few decades, such that the main problems now are similar to the problems facing other export control and enforcement authorities around the world: limited resources; the scale of exports relative to monitoring and policing capabilities; inadequate communications with the private sector; and keeping up with the pace of emerging technology.

The overarching problem for China—and, for that matter, for the broader international community—is whether these specific designations are part of a comprehensive strategy that has a serious chance of influencing North Korean decision-making.

Though variations may be endless, the question facing North Korea today (and—by extension—foreign policymakers dealing with North Korea) is fairly straightforward: is North Korea prepared under any circumstances to renounce its nuclear and ballistic missile programs? Those proposing a strategy of intensified economic and political pressure against North Korea are implicitly laying a bet that the answer to this question is “yes” and at a price that the international community is prepared to pay.

Proponents of further sanctions are pushing back against the general tide of nonproliferation history thus far. There are many instances of countries being convinced (either diplomatically or under threat) to abandon plans for the development of nuclear weapons, from Sweden in the 1960s to Libya in 2003. But, in each of these cases, neither country actually possessed a nuclear device. Only South Africa can be reasonably described as an outlier to this legacy. But its decision to renounce nuclear weapons stemmed as much from its pending regime change and the end of apartheid. Thus, the South Africa case more reasonably approximates the decisions made by Ukraine, Belarus and Kazakhstan in the 1990s to repatriate to Russia the nuclear weapons they inherited when the Soviet Union collapsed. North Korea is therefore a singular case and unhappy comparisons might be better drawn to the unsuccessful efforts of the United States and others to persuade India and Pakistan to forswear nuclear weapons. These efforts, too, involved the use of sanctions but were an unmistakable failure (and not accorded much seriousness in their implementation in any event).

Nonetheless, proponents of a more aggressive sanctions push with North Korea have a critical argument in their favor: though sanctions may have been used against North Korea, they have received nowhere near the same level of focused government effort that underpinned the Iran dual track strategy from 2006-2013. It is therefore fair to argue that this strategy has yet to be fully tried and merits the opportunity, as former Treasury officials David Cohen and Anthony Ruggiero have argued. Ruggiero has laid out some thoughtful recommendations about how to expand this strategy in ways that could materially increase the pressure on North Korea. If such a strategy were to be employed, then the steps taken by the United States and UNSC this month would have been small but crucial ones along this pathway, just as a similar pattern of sanctions adopted by the United States and UNSC over seven years eventually contributed to the nuclear deal negotiated with Iran.

At the same time, the fact that this strategy may not have been fully tried at this stage should not lead us to assume either that it would be successful even if the full weight of the international community (China included) were thrown against the problem or that there isn’t cost in the endeavor (including the opportunity cost of dealing with other challenges with China, whether in the South China Sea or in bilateral trade). Rather, we now need to carefully consider whether such a strategy really could deliver the promise of reversing North Korea’s capabilities regardless of how much pressure is put on the North Koreans. This seems difficult to square with what we are seeing today and the historical record of attempts to coerce North Korea over three presidential administrations.

As with other historical cases, it simply may be that North Korea is not prepared to abandon its nuclear or ballistic missile capabilities regardless of cost, because they see these weapons as the only guarantee of its survival, and that actual disarmament would require military action. What may be more likely is that the sanctions effort could be sufficient to seek an accommodation with Kim Jong Un now on today’s nuclear and missile program that is some distance from complete, verifiable, irreversible dismantlement of the North Korean nuclear and missile programs. Though not all sanctions advocates look at North Korea the same way, such an outcome is not likely what most proponents have in mind.

The question that ought to be driving strategy development in Washington, Beijing, Seoul and other world capitals is what would constitute an acceptable outcome to the pressure campaign? In fact, allusions to the legacy of the Iran campaign are incomplete without recognition that the dual track strategy was premised and sold on the basis of Washington’s willingness to negotiate an agreement with Iran. The precise dimensions of that agreement were not spelled out until 2014-2015, but the 2006 and 2008 P5+1 offers to Iran at least gave some indication of what might result from the talks that sanctions produced. Language in the 2008 P5+1 package that offered “to treat Iran’s nuclear program in the same manner as that of any Non-nuclear Weapon State Party to the NPT once international confidence in the exclusively peaceful nature of Iran’s nuclear program is restored” was particularly important to our allies and to Iran; others, such as Trita Parsi in his forthcoming book on the talks, have argued that it was the willingness to accede to Iranian uranium enrichment as part of a deal that gave talks the necessary impetus to succeed. Regardless of the specific inducement, the point remains that the Iranians and our partners faced both tracks of the dual track strategy—an approach toward North Korea which has yet to be fully articulated by the Trump administration.

The sanctions taken by the United States and UNSC in June could be the continuation of an eventually successful policy, building on pressure brought to bear on North Korea from many sources. They could also end up serving as yet another milestone along the path of continued stalemate or, worse, a marker of a ‘failed’ initiative to constrain North Korean capabilities.

The Trump administration should engage in a thorough, honest appraisal of its chances of both eliminating or arresting North Korea’s nuclear and missile programs and how much rollback is actually required for a peaceful resolution of the crisis in keeping with US and regional security priorities. And it will have to articulate at least some credible path toward its preferred and feasible outcome to US partners if it is intent on pursuing a more aggressive sanctions push. Such an effort is essential in making sanctions work as a general matter, and perhaps even more necessary in this case, now over two decades into the North Korean nuclear weapons saga.