Analysis of commercial satellite imagery of North Korea’s Punggye-ri Nuclear Test Site from July 11 and July 13 remains consistent with our previous assessment that while no significant new activity can be observed, additional nuclear tests could occur with little to no notice, once the North Korean leadership makes the decision to do so.

Throughout the site, low levels of activity continue, including general maintenance, landscaping and vegetable gardening in the greenhouse. Overall, the site remains at a seemingly high state of readiness for future testing.

At the North Portal (Figure 1), the tunnel complex that has been used for the past four nuclear tests, there were some unusual (“squiggly”), as yet unidentified, objects on the road just outside the portal on July 13. At this time, it is not possible to discern the purpose of those objects. While the portal itself is now obscured by vegetation, the area shows little sign of new activity apart from intermittent water drainage to remove natural water seepage in underground tunnels. There is no discernible new dumping on the adjacent spoil pile, indicating no new tunneling has been conducted.

Figure 1. Objects appear near the North Portal between July 11 and July 13. 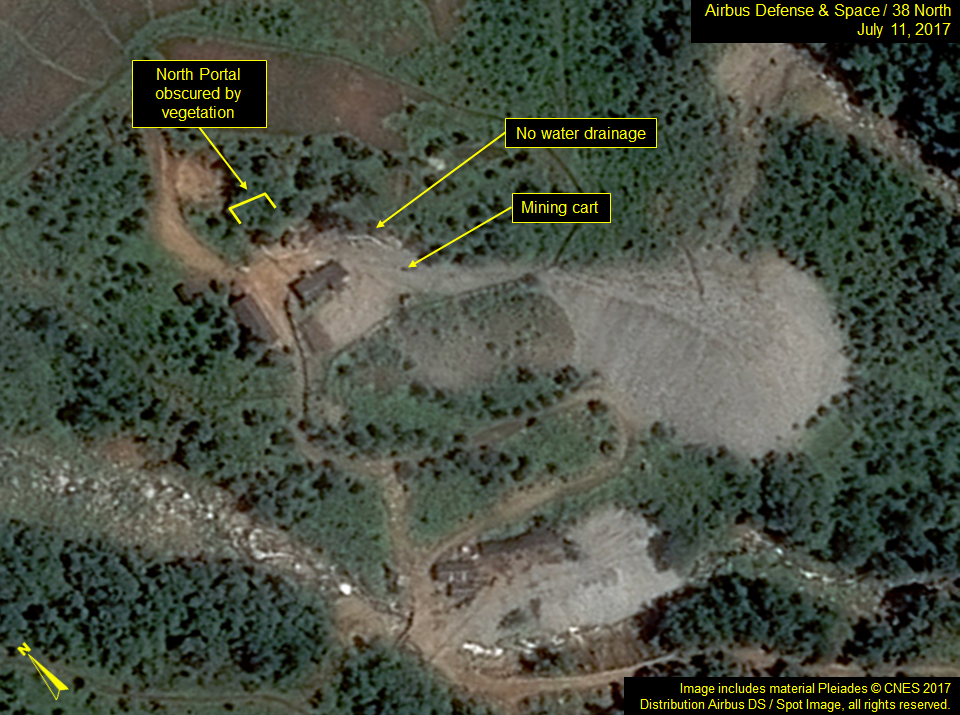 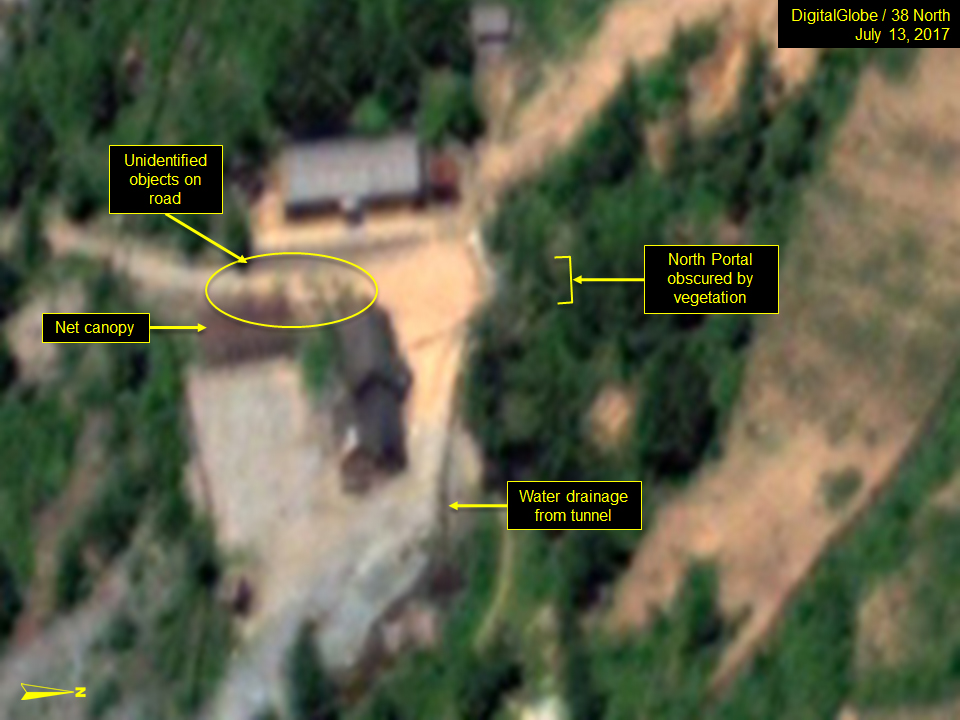 Figure 3. Roof of greenhouse has been rolled back, exposing vegetable garden plots.

Construction for the new support building, which had been proceeding at a rapid pace earlier this year, still appears to have been halted or slowed.

Nothing of significance was observed at either the West or South Portals, but the view of the West Portal on July 13 shows the tunnel entrance quite clearly, with vegetation growing on the terraced area above it (Figure 4).

Figure 4. No activity observed at the West Portal.

In imagery from both July 11 and July 13, there was no observable evidence of recent activity the courtyard of the Command Center, the security forces support area or the Barracks area.

Figure 5. No activity noted at Command Center and support areas.

While the Punggye-ri Nuclear Test Site exhibits very little significant new observable activity, it continues to be active and well maintained, appearing to be in a state of nuclear test readiness. As in previous reports, we continue to believe that there has been a deliberate political decision not to test since preparation activities were seen in mid-April, although it is entirely unclear as to why, particularly given the unabated demonstrations of evolving ballistic missile capabilities.