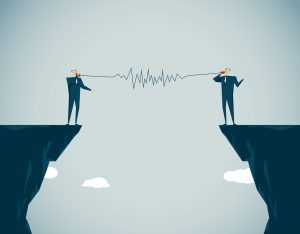 In their Panmunjom Declaration concluded at the recent summit between the leaders of North and South Korea, Moon Jae-in and Kim Jong Un agreed to pursue talks on a peace treaty as well as denuclearization. Although the agenda for the June 12, 2018 Trump-Kim summit in Singapore is a work in progress, there seems to be agreement that the two sides will begin discussions on a peace treaty to replace the armistice that ended the Korean War.

The armistice has worked for 65 years to prevent the outbreak of full-scale war on the Korean peninsula; therefore, careful thought should be given to whether, how, and when it should be terminated. Until now, talks about North Korean denuclearization have remained separate from discussions about a peace treaty. It is an open question whether ending the Korean War with such an agreement for a long-overdue peace will promise more than it can deliver. Likewise, it is uncertain if explicitly linking a peace treaty and denuclearization would make either one more achievable. Nonetheless, the process of negotiating a permanent peace on the peninsula would immediately improve the atmosphere by at least reducing tensions and threats of war. The opportunity should be pursued while keeping in mind the experience of the one previous effort to negotiate a peace treaty.

When Presidents Kim Young-sam and Bill Clinton announced their proposal on April 16, 1996 for Four-Party Peace Talks to replace the armistice with a peace treaty, they did so without extensive staffing but were determined that their brief summit on Jeju should produce something. President Kim had fairly hardline views towards the DPRK but was uncomfortable leaving the US as the North’s sole negotiating partner, as it had been through the negotiations that produced the 1994 Agreed Framework. For his part, President Clinton was concerned about the unraveling of that agreement; he not only needed a mechanism for more positive re-engagement with the DPRK but also shared the desire for a more visible ROK role.

The proposal was not an immediate triumph. State, DoD and JCS were caught flat-footed, and the rest of the world wondered with some reason what the US and ROK had in mind. The Chinese were willing enough once invited, but it took over a year to persuade the DPRK to participate, and then only because of their desperate need for food aid during a terrible famine. The DPRK had numerous concerns: public and formal contact with ROK officials would be a major concession; the format appeared at first blush to be balanced with the US and ROK on one side and China and the DPRK on the other, but North Korean confidence in Chinese support was thin, and there was a well-founded concern that they would find themselves isolated against the other three, and North Korea’s risk-averse regime had no clear picture of what the end game might mean for its survival. They asked, repeatedly, for us to clarify our intentions.

The US had little to offer in reply beyond what the two Presidents had said, namely that we sought to replace the armistice with more permanent peace “arrangements.” The reasons for such vague language are rather obscure but had more to do with protecting US defense arrangements in ROK and Japan than concerns over DPRK intentions.

But at that point the US had still not concluded that a treaty was its preferred outcome, in large part because the Department of State had not had a chance to coordinate with important stakeholders: internally with DoD and JCS, with embedded White House participation; and externally with the ROK and other interested governments, especially Japan. Experts agreed that for a peace process to have concrete rather than merely rhetorical results, it needed to embody military confidence building measures (CBMs); it should also start with small step-by-step actions—such as greater transparency on both sides—before tackling anything bigger like pulling troops and equipment back from the DMZ, changes to military exercises or even force reductions.

The US and ROK took the early CBM proposals seriously, even going so far as to practice how to implement them. The North Koreans followed their usual method of being represented exclusively by their Foreign Ministry, leaving in question whether their military would sign off on any outcome. They seemed cautiously willing to study our proposals but remained passive, rather than engaging with real interest. And the Chinese, of course, were happy in the role of honest broker, with nothing of their own at risk.

The talks, which were generously hosted by the Swiss Government in Geneva, failed to produce much in the way of good news, and were eventually put on the back burner as attention shifted to the missile talks and the high-level exchange that culminated in the visit of Secretary of State Madeleine Albright to Pyongyang at the end of 2000. That is not to say, however, that they would not have been resumed in 2001 with a strong tailwind created by the missile agreement the two sides were so close to reaching.

So, what was achieved? Superficially at least, the talks put officials from the two Koreas together, engaged the US and PRC in a more sustained dialogue about the Korean peninsula and established that future Korean peace arrangements would not arise solely from a US-DPRK deal. Of greater long-term benefit, however, was that the talks provided regular opportunities for the US and DPRK to meet, gradually establish greater mutual trust and thereby contribute to solving problems as they arose. For example, the regular Four-Party meetings provided opportunities to reach an agreement that allowed the United States to inspect a suspected nuclear site at Kumchang-ri that one US intelligence agency believed violated the 1994 US-DPRK Agreed Framework.

In retrospect, there are some lessons to be learned that could be applied to new talks to improve their prospects for success.

The overheated press interest, especially in Asia, created false expectations that a long-term process would produce a cascade of short-term results. Putting the treaty up front and establishing a permanent multilateral body to work on confidence building might have been a better approach.

Internal coordination was essential, as was coordination with allies. It helped to keep other interested parties such as Japan and Russia in the loop. This is time-consuming but not difficult.

Know Where You Want to Go

Most importantly, there must be a goal that looks beyond the first press conference. No one should assume that a high-level declaration guarantees sustained, high-level interest and support for an inherently difficult process. Perhaps none of the parties entering the Four-Party Talks had a clear strategy regarding the future of the Korean peninsula; certainly, the US lacked one.

To some extent, disagreement over the US-desired end-state reflected the inherent tension that was later expressed by two former Secretaries of Defense, William Perry and Ashton Carter, who collaborated in crafting the Perry Process that was focused on missiles. They counseled that we must deal with North Korea as it is, not as we wished it to be, essentially accepting that whatever deal we struck could collaterally serve to preserve the regime in the DPRK.

Indeed, the central issue is not what to call the arrangements that preserve peace, but whether we can co-exist with North Korea as it is. Genuine normalization of relations had been the North Korean goal in the Agreed Framework, and its absence was one reason the road has been so bumpy ever since. More bluntly, the US had agreed to normalization but never resolved internal divisions about whether and how to implement its promise. There had been halting steps towards lifting sanctions, but there was no real desire to help the regime in Pyongyang resist what was seen as the tide of history that would ultimately sweep away the Kim dynasty; and whatever divisions may have existed in the Clinton administration prior to the Perry Process became moot when a new administration declared the DPRK to be part of an “Axis of Evil” and began to extract itself from the Agreed Framework.

The DPRK was just as guilty of hedging its bets, as later events would show. Its unwillingness to completely foreswear its nuclear ambitions made it nearly impossible to create trust and will be the major impediment to making real progress now. There will be some in Washington and Seoul for whom mistrust of Pyongyang runs so deep that every bump in the road will threaten to overturn the bus. And if there is one thing we learned, it is that there will be bumps.

In the final analysis, there is no substitute for sustained dialogue with the DPRK. Notwithstanding some near misses, the intermittent talks between the US and DPRK from 2001 to the present have never come close to where things were left at the end of the Clinton administration. If peace is declared at next week’s summit it is not likely to erase years of accumulated mutual mistrust, and will be constructed upon vague promises regarding denuclearization and long-range missiles in exchange for equally vague and politically difficult measures by the US and ROK.

One can expect the birth of a new cottage industry consisting of skeptics on all sides devoted to undermining any agreement, pushing what is already hard into the realm of the nearly impossible. If the Trump administration is serious about achieving a historic breakthrough in relations with North Korea and maintaining momentum toward peace on the peninsula, it will need to show far more coherence and consistency of purpose, organization, and discipline in the period following the summit than it demonstrated in the months leading up to it.