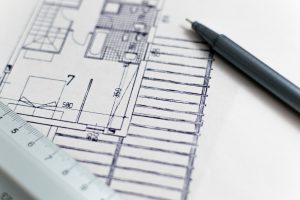 Secretary of State Mike Pompeo’s high-profile post-summit visit to North Korea—the first to follow Kim and Trump’s initial meeting—ended without much progress, revealing the Trump administration’s struggle to craft a strategy that will jumpstart denuclearization efforts. Nearly a month after the June summit in Singapore, both the US and North Korea are still sending mixed messages as to whether and how they will approach denuclearization, fueling skepticism about North Korea’s willingness to give up its nuclear weapons and hinting at the US’s lack of a coherent strategy in dealing with the regime.

The US has continuously reiterated its goal, before and after the June summit, to achieve the complete, verifiable, and irreversible denuclearization (CVID) of North Korea. Contrary to its spoken commitment, however, no discussion of CVID appears in official documents shared or co-drafted with North Korea, inviting criticism of Trump’s loud yet (allegedly) ineffectual negotiating skills from those who believe that a deal could and should be made on the firm basis of CVID.

The Trump administration may still be occupied with the concept of CVID. In truth, though, CVID is no longer a realistic goal with North Korea and it is highly unlikely that Kim would accede to such an arrangement. We need to face this reality and recognize that denuclearization will not and cannot be permanent or irreversible as long as there is a desire to reverse it. Furthermore, denuclearization will not by itself put an end to the longstanding North Korean threat to the outside world. Any denuclearization deal—big or small, vague or specific—with the current North Korean regime is almost certainly reversible, but such a deal with a normal North Korea would be considerably less so. In this regard, future negotiations with North Korea should focus on not just denuclearization but also the normalization of the country.

As the Trump administration enters a second round of negotiations with North Korea, we should keep in mind that our diplomatic approach should be in accord with this bigger, more comprehensive goal. Denuclearization is only one of many hurdles—along with the tackling of human rights violations that are of great concern to the US Congress—in achieving a non-aggressive, normal North Korea with no need for nuclear armament.

Despite all the hype and media frenzy, recent progress with North Korean denuclearization pales in comparison to some of the previous breakthroughs with the regime. North Korea promised denuclearization in 2000 and 2007 as well as in the 1992 Joint Declaration on the Denuclearization of the Korean Peninsula, but none of these promises were enough to prevent the North from going nuclear. Under the framework of the Six-Party Talks from 2003 to 2008, North Korea pledged to denuclearize multiple times. The 1994 Agreed Framework engaged North Korea to freeze its graphite-moderated plutonium production reactors and related facilities and allow inspections in exchange for light water reactors—but officially collapsed in 2002 with the revelation of North Korea’s clandestine highly enriched uranium-based nuclear program. The recent destruction of the Punggye-ri nuclear test site is also reminiscent of 2008. That year, although not as significant a step forward as destroying test tunnels, North Korea demolished a cooling tower at the Yongbyon Nuclear Scientific Research Complex to prove its commitment to freezing its nuclear weapons program—only to reopen the site five years later.

Too many past episodes have taught us that any nuclear deal with North Korea could quickly prove ephemeral, although the blame does not lie entirely with North Korea. Even if Trump could have gotten Kim to agree to the language of CVID, what would have been the real value of such deal when Kim, if not Trump himself, could easily scrap it at his convenience? CVID would have been useful in 2003 when it was first introduced as a framework for North Korea’s then still-nascent nuclear program. Today, we are no longer dealing with a country with nuclear ambitions, but one with clearly demonstrated nuclear capabilities. Kim’s shift of the country’s focus from nuclear development to economic development probably means that North Korea’s nuclear capability has reached a sufficient level. We need to be realistic when it comes to the likelihood (or unlikelihood) of the irreversible denuclearization of North Korea. North Korea has the techniques and manpower to assemble new nuclear weapons in just a few months or even weeks. At this very moment, North Korean nuclear engineers are likely training a future generation of nuclear experts so as to keep the country’s nuclear knowledge from ever being eradicated.

Verifiable denuclearization also faces great challenges. Unless Kim voluntarily produces a full declaration of North Korea’s existing nuclear infrastructure and stockpiles, it will be impossible to pinpoint all of the country’s nuclear and missile assets—which have, of course, grown drastically in recent years. Even with international or US inspectors free to roam the country—itself an extremely unlikely prospect—locating each and every uranium enrichment facility and hidden mobile missile launcher is simply unfeasible. A recent intelligence report by the Defense Intelligence Agency, which points to evidence of North Korean efforts in the wake of the Singapore Summit to deceive the US about the true extent of its nuclear arsenal and infrastructure, further supports skepticism about the feasibility of CVID. Even with North Korea’s cooperation, the country’s disarmament process could take approximately ten years, according to a nuclear expert Siegfried Hecker who has visited North Korea’s facilities. Any goal of rapid denuclearization will be proven as unrealistic as it is aggressive. After all, North Korea witnessed what happened with Libya, Iraq and Ukraine and is determined that it would not share those countries’ miserable fate.

What is Kim Jong Un’s Agenda?

Much of pre-summit debate centered on the question of why Kim suddenly emerged from long-held silence to take the world’s center stage. Was he pressured by toughened sanctions, as Trump credits himself for? Or was it an expression of his confidence as a leader of a now de facto nuclear power, with more leverage for negotiation? Or has he simply been trying to buy time to avoid war—to get through Trump’s unpredictable and ruthless tenure as US president? In reality, all of the above have likely played some role in Kim’s seemingly surprising change of heart.

The North Korean economy appears to have especially suffered from China’s participation in the international campaign of maximum pressure sanctions, including the UN Security Council Resolution 2397, which forced an embargo on North Korean exports and a ratcheting down of essential imports to North Korea, such as petroleum and food. At the same time, North Korea has attained a satisfactory level of deterrence on the nuclear front. Thanks to his nuclear capabilities, Kim may have believed that he could now sit at the negotiating table with the US from a greater position of strength, if not quite its equal, and that Washington would be ready to offer legitimacy and rewards upon commitment to denuclearization. In the meantime, with a series of military threats from the US and the war of words with Trump—which stirred fears of war for many in both the US and Northeast Asia—Kim may have decided that it would be wise to avoid military conflict during Trump’s term. He may be just trying to run out Trump’s clock.

Whatever his motivations, Kim has already gained the upper hand. His vigorous “summit diplomacy” has greatly changed the political dynamics in the region. The North Korean leader first reached out to South Korea, taking advantage of its progressive government that was desperate to improve inter-Korean relations to reduce tension on the peninsula in time for the Winter Olympics. With South Korea’s backing, Kim secured a date for a then-unthinkable summit with the US, avoiding the imminent threat of war. Then, using the US card as leverage, he skillfully drew China closer to its side by holding three meetings with Xi, garnering Xi’s support and approval for North Korea’s strategy toward the US and demonstrating to the US that China had its back. Even Trump’s abrupt cancelation of the planned summit failed to catch North Korea off-guard. Rather, it triggered a surprising second round of the Kim-Moon summit, highlighting Kim’s strategic prowess.

In Singapore, Kim has shown the world that he should not be underestimated, while bringing home a propaganda victory to proclaim him as a “world-class” leader. He was also able to persuade Trump to suspend the US-ROK joint military exercises, assuaging North Korea’s longstanding paranoia—a move that has already created internal division in South Korea, while pleasing China. Even if Kim’s diplomatic success ends here, he can be assured of improved relations with Beijing and Seoul, which would make it difficult for them to actively rejoin the US’s maximum pressure campaign, including Trump’s renewed economic sanctions on North Korea—not to mention support US military action.

Is all of this bad news for the rest of us? Yes, if our goal is to defeat North Korea—but no, if we are willing to use these developments for the sake of a larger, long-term goal: building normal relations with North Korea and securing the country’s future as a normal state with no nuclear ambitions.

In showcasing multiple summit meetings with Xi, Moon and Trump—all within the parameters of conventional “state-to-state” relationships—Kim strove to portray North Korea as a normal state and himself as a confident leader undertaking normal diplomacy. Such efforts may be insincere and ill-intentioned, but even so, our goal to engage North Korea in normal diplomacy should remain unchanged. Any information campaign seeking to transform the nation from the inside out should not only target the general public but also the Kim family. Allowing North Korea and Kim to experience firsthand what it feels like and means to be treated as a normal state and a normal leader according to the ordinary conventions of diplomacy is one—and perhaps the most important—means toward the transformation of North Korea, and the Kim-Trump summit deserves credit for doing just that.

While the Trump administration can easily be criticized for its failure to lay out a formal framework or a specific road map for denuclearization, we can still hope for more comprehensive changes that will enact necessary transformations in US-DPRK relations, stirring North Korea’s desire to slowly integrate into the international community even if doing so means forgoing nuclear weapons. Kim may be dreaming of becoming a normal state with nuclear weapons, but that is clearly not our agenda. Through a series of diplomatic engagements, we should help raise his appreciation for the benefits of being acknowledged, welcomed and protected by the international community to the point that he no longer feels compelled to rely on nuclear weapons for the survival of the regime and the state. Key stakeholders—China, South Korea and the US—should work together toward normalizing North Korea in all aspects—its economy, domestic and international politics, and its integration into international community and institutions.

Although there remains a strong belief among the stakeholders that denuclearization should be made on the firm basis of CVID, we should move above and beyond the rhetoric of CVID and go back to the basics. CVID will not be achieved in the current North Korean state—highly suspicious, mistrustful, and insecure—but it can be achieved under a normal state that no longer sees the need for nuclear armament for deterrence, survival or any other reason. All involved parties ought to hold this basic dictum in mind as we delve into the next round of diplomatic engagement with North Korea.