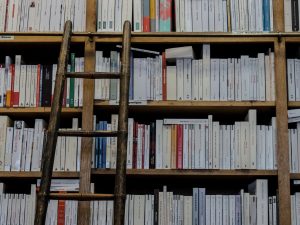 The path toward North Korea’s denuclearization will be strewn with obstacles and will be difficult to navigate. It will also be time-consuming, given the inherently intractable and complex verification challenges that lie ahead. Likewise, ending the state of war on the peninsula will take time. After 70 years of hostility between North and South Korea, it would be naïve to expect instant results in the process of political reconciliation, establishing a sustainable peace regime and normalizing relations.

Moreover, Americans are notoriously impatient for results and have difficulty dealing with diplomatic complexities. To maintain perspective when dealing with the North Korean challenge, it might be instructive to ponder some of the problems associated with the resolution of the Israeli-Arab conflict and the Camp David summit process that led to a formal peace treaty between Israel and Egypt.

We should first remember that initially only Egypt signed a peace treaty with Israel—and only after strenuous US mediation to broker a deal. By contrast, the US is a combatant in the Korean War and one of the main protagonists in this process, not a trusted mediator and broker as it was at Camp David. Second, the Korean question, unlike brokering Egyptian-Israeli peace, involves overcoming the division of what was previously a unified polity into two hostile camps and thus has elements of resolving a civil war; a notoriously difficult and lengthy process.

The Trump administration may have backed off its previous position that North Korea’s complete, verifiable, and irreversible denuclearization (CVID) must happen immediately at the beginning of the negotiations, although there are conflicting accounts of the “asks” in the negotiation process. It is likely that the process will be closer to Kim Jong Un’s vision of a phased and incremental process of denuclearization involving mutual concessions by both sides.

The Camp David agreements were also implemented in phases over time. Moreover, US troops were stationed in the Sinai as part of the UN’s Multinational Force and Observers (MFO) to ensure an effective transition from Israeli occupation to Egyptian rule there and keep the peace. In effect, this was a peace enforcement mechanism; and if the Korean War is to be brought formally to a close, then some kind of analogous mechanism may well be needed that can prevent violations of the accords involved. It might be necessary and beneficial for all the parties to the Korean conflict to have some impartial outside party, trusted by all sides—such as Sweden or India—to monitor moves toward peace. In the nuclear sphere, that could likely be the IAEA because it alone has the depth of technical capability and international standing to report credibly on steps towards complete denuclearization and verify its occurrence. But along the 38th parallel, it might be desirable for someone agreeable to both sides to perform functions analogous to those carried out by US forces in the Sinai. As noted above, we have cited the UN MFO in the Sinai or we could look to alternatives like the UN Interim Force in Lebanon (UNIFIL). Other alternatives may, of course, be possible. But presumably some such mechanism will be needed to distance the now hostile armed forces from each other and the truce lines at the 38th parallel.

Another lesson of the Camp David process may be instructive for what is shaping up as the Korean “peace process.” It took 18 months from Sadat’s visit to Jerusalem until the Camp David treaties were signed and ratified. The Kim-Trump summit did not actually resolve any of the key issues that have plagued US-DPRK relations and prevented peace talks in the past, though hopefully it produced a framework for doing so that could be of great value. Moreover, Camp David itself was no cake walk. The personal antipathy between Israeli Prime Minister Menachem Begin and Egyptian President Anwar Sadat was so great that the talks often teetered on the brink of disaster and were saved only by President Carter’s stalwart mediating efforts. If US-North Korean talks hit a brick wall, then it may well require a third party who enjoys the trust of both sides to play a mediating role analogous to that played by President Carter in the 1990s. That mediator could be the Secretary-General of the UN or someone designated by him. It is not clear, however, who could currently fill that role should it prove necessary.

A third relevant comparison concerns finding the appropriate balance and relationship between bilateral and multilateral negotiations. In the Middle East, one of the factors that bedeviled peacemaking efforts was the involvement of multiple regional and outside great powers. In this situation, all the Arab states, as well as the great powers, were able to participate on a regular basis and bring all their rivalries with them, such as the Cold War Soviet-American rivalry that superimposed itself upon the local and regional rivalries among Middle Eastern states. This factor allowed the great powers to manipulate the conflict for their own ends while local actors like the Palestinians, took advantage of these cleavages and worked to manipulate intra-Arab rivalries (e.g., Egypt vs. Jordan), preventing the emergence of a single negotiating framework.

This problem also created pathways to war since Arab despots could stir up not only their own populations but those of other countries as well, thereby creating immense regional pressures upon otherwise reluctant polities to take belligerent actions or even go to war. This happened to Jordan in 1967 with calamitous results.[1]

Since the issues on the Korean Peninsula touch on the vital interests of all of the six countries in the Six-Party Process (US, China, Japan, Russia and the two Koreas) and more, bilateral US-DPRK negotiations will not be enough. At some point, a multilateral mechanism will be needed to prevent states that are not involved in the various bilateral processes from intervening or undermining other tracks, especially if they feel sidelined in negotiations. Moreover, to end the Korean War, the four belligerents—the two Koreas, the US and China—will all have to be involved in developing a framework that binds them to the common causes (and vision) of peace and denuclearization.

Camp David, on the other hand, was a purely bilateral process. While it aroused immense regional opposition—the Soviet-inspired Rejectionist Front of Iran under Khomeini, Iraq and Syria, and a lasting Palestinian bitterness at being sold out by Egypt—it also engendered a process that ultimately broke the logjam. And it led, albeit through a winding road, to an Israel-Jordan peace treaty and indirect dialogues between the Gulf States and Israel.

The Korea case raises similar challenges. What should be the relationship between the parallel US-DPRK and North-South diplomatic tracks? Should the old Six-Party Framework be revived as a negotiating forum and, if so, what mandate should it be given? Do the US, South Korea and Japan need to establish a new tripartite consultation mechanism? Otherwise, if the Trump Administration indulges its penchant for unilateralism, either Seoul or Tokyo (or both) may feel excluded from ongoing negotiations and act to undermine them in order to be heard, or begin to think of new security arrangements that protect their interests and diminish the US standing in Northeast Asia. It will be far more difficult to orchestrate the choreography of multilateral formats. But efforts by the US to marginalize key players—especially China and perhaps even Russia—and a failure to coordinate with South Korea and Japan will spell trouble.

The success of the lengthy and difficult Camp David process suggests the need for a steady and balanced perspective. Creating a mutually acceptable framework for regular dialogue and negotiation on issues of war and peace will represent real progress between the US and North Korea, and Seoul and Pyongyang. Moreover, all the parties would have the means to stay in constant touch with each other, reducing the risk of crises or misunderstandings.

Camp David did not lead to an Israeli-Egyptian partnership but rather to a cold peace. But their treaty has withstood the test of time, through many crises, and is now a durable factor in the Middle East. In fact, security, intelligence and law enforcement cooperation between Israel and Egypt in the Sinai and Gaza have never been better, even though much of it remains under the radar. The same may be said for Israel’s ties to Jordan which also reflect collaboration in dealing with threats to common interests, notably support for the integrity of Jordan and its sovereignty against terrorist and Iranian threats emanating from Syria and elsewhere in the region.

The Camp David model should encourage the participants in the Singapore process to focus on the requirements for negotiating a durable and effective peace over a long period of time. The real test of the summit’s outcome and the proof of its value will come if it creates a framework for both sides to deal effectively with the numerous and complex tasks ahead. Fashioning a durable Korean peace will require patience, consistency, constancy of purpose, tactical flexibility and a long-term vision of how the US wants to organize the security of Northeast Asia. The follow-on negotiations, however difficult they may be going forward, can provide an opportunity for leaders to bring peace and security to a region riven by conflict, crises and fear.