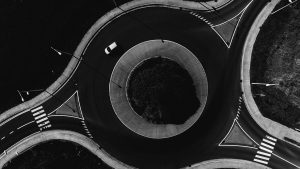 Today’s rapidly changing strategic and diplomatic dynamics on the Korean Peninsula portend potential security arrangements going forward, far different than any expected several years ago. These developments, combined with China’s growing geopolitical heft and military capabilities, call for a re-assessment of future US security roles and responsibilities in Northeast Asia.

The Future of US-ROK Military Exercises

Confusion abounds these days within the Republic of Korea (ROK) and possibly the Pentagon over the future direction of US-ROK combined military exercises, and how restrictions on them can be reconciled with maintaining a deterrent capability and readiness in defense of South Korea. The exercises continue to vex the diplomatic picture in Northeast Asia, not only between the US and the Democratic Peoples’ Republic of Korea (DPRK), but also with the ROK, China and Japan. The uncertainty over US policy on exercises and the future of US-ROK training and readiness activities has heightened in recent weeks, following seemingly contradictory comments by US President Trump and Secretary of Defense James Mattis on the prospects of resuming the joint large-scale exercises.

Following the Singapore Summit on June 12, President Trump surprised his allies and non-allies alike with the statement that the United States will end its annual joint military exercises with South Korea while diplomacy with North Korea continues. The president said it would be “inappropriate” for the drills to take place while talks with the DPRK were ongoing. Further, he complained that the exercises—which he described as “war games”—were costly and stopping them “…will save us a tremendous amount of money.”

Given how much the North Koreans detest exercises that are intended to demonstrate the US-ROK capacity to “decapitate” the North Korean leadership and overthrow the Kim regime, President Trump’s surprising commitment represented the most strategically significant confidence building measure (CBM) to come out of the summit. In effect, the president’s statement reciprocated the North’s earlier halt of its missile and nuclear tests—a CBM tit-for-tat. Further, shortly after the Singapore Summit announcement, South Korean officials said the suspension, which President Moon Jae-in supported, was needed to reduce tensions with the North and to coax it into negotiating on denuclearization.

On August 29, the president reaffirmed via Twitter his misgivings, saying he saw “no reason at this time to be spending large amounts of money on joint U.S.-South Korea war games.” His remarks on Twitter came a day after Defense Secretary Mattis seemed to open the door to resuming the drills. However, Trump also noted that he could restart the joint exercises “instantly” if he chose to do so, and that, if he did, they would be “far bigger than ever before.”

Two days later, President Trump added more confusion to the administration’s North Korea strategy by calling off a planned trip to North Korea by Secretary of State Mike Pompeo, because there had not been “sufficient progress with respect to the denuclearization of the Korean Peninsula.” The president’s decision, coming just days before the top diplomat was to arrive in Pyongyang for the next round of high-stakes nuclear talks, was the first public sign of the president’s festering frustration over the stalled negotiations.

According to recent reporting from Seoul, these to and fro comments have unsettled many South Koreans. Some fear that Mr. Trump could strike a deal with North Korea that would leave their security compromised, such as accepting a withdrawal of additional US forces from the ROK. Furthermore, there is widespread concern among conservative South Korean policymakers as well as the country’s average citizens that the US-ROK alliance will lose its edge in projecting the capability to deter the nuclear-capable, million-man North Korean army. Finally, many South Korean defense commentators argue that US-ROK combined readiness will deteriorate as US officers and forces rotate out of Korea without training in large-scale military exercises.

Despite these concerns, both South Korean and American military leaders say the suspension of the large-scale joint military exercises will not affect their readiness to respond to a threat from the North. How can this be true?

First, the headquarters of the Combined Forces Command (CFC), the US Forces-Korea (USFK) and the ROK Joint Staff (JS) are operational headquarters executing the military requirements to maintain the Armistice between the two Koreas on a day-to-day basis. They routinely perform most of the important alliance exercise training objectives as a matter of daily operational functions—for example, the exercise objective of command and control (C2), which involves decision-making, information flow and supervision of subordinate units, particularly within multinational and combined commands, takes place within these three headquarters. In addition, these headquarters routinely undertake long-range planning, budgeting and troop deployments. Hence, while major exercises, like the recently suspended Ulchi-Freedom Guardian (UFG), are important for readiness and displaying deterrent capability, the day-to-day command and staff functions of these headquarters go a long way in replicating military exercise training objectives and keeping the US-ROK alliance ready “to Fight Tonight.”

Second, from a deterrent viewpoint, the US-ROK alliance has deployed its strategically capable systems frequently over the past decade. The employments, which are not always tied to major exercises like UFG, principally involve nuclear-capable air and naval assets, such as B-1B/B-2/B-52 bombers, F-22 fighters and ballistic missile submarines. In short, the daily functioning of its operational and combined headquarters allows the US-ROK Alliance to continue robust training while hiding it in plain sight. But what about the future?

Toward a New US-ROK-DPRK Triangular Relationship

The Korean Peninsula has lived in a time warp for most of the past six decades. Many foreign observers, especially after visiting the heavily armed demilitarized zone (DMZ) separating the two Koreas and the Joint Security Area (JSA) at Panmunjom, remark that the “Cold War” never ended in this remote corner of Asia. These feelings are perfectly understandable and justified. The tension between Alliance and DPRK forces straddling the DMZ on either side of the border seemingly demands a military resolution to the face-off. In fact, on August 21, 1976, Operation Paul Bunyan—the largest show of force ever assembled on the Korean Peninsula in response to the axe murder of two US Army officers—validated the “Cold War” mindset permeating the military commands of both sides. In many respects, that same mindset continues to dominate military thinking today, particularly within the conservative ROK and US military establishments.

Over the past three decades, debates within the US-ROK alliance regarding the North Korean nuclear/non-nuclear threat, alliance military readiness, strategy and plans to counter the Korean People’s Army (KPA), and operational command and control of all forces defending South Korea have dominated most US-ROK security discussions. In fact, these debates continue today, although diminished somewhat by the more liberal government in power in Seoul now.

Yet, today’s rapidly changing strategic and diplomatic dynamics on the Korean Peninsula portend potential security arrangements far different than any expected several years ago. The number and speed of leadership summits between North Korea’s Kim Jong Un and the leaders of South Korea, China and the United States have shaken longstanding assumptions about these arrangements, especially the future of the US-ROK security alliance and American troop levels in Korea, as well as the relationship between the denuclearization of the DPRK and the creation of a comprehensive peace and security regime for the Korean Peninsula. These developments, combined with China’s growing geopolitical heft and military capabilities, call for a re-assessment of future US security roles and responsibilities.

Most strategists view the US leadership role among its security allies and partners in the region as crucial to counterbalancing China’s growing military presence and power projection capabilities in what is known as the “First Island Chain.” According to this view, the United States should not limit itself to a defensive posture oriented toward North Korea but instead seek to balance the growing power of China from the Korean Peninsula itself. It is further believed that the best way to achieve that balance is not to perpetuate the current fault line separating North Korea and China from South Korea and the United States. Rather, the US should befriend and actively work to empower both North and South Korea to balance against rather than bandwagon with China.

If both the South and North Koreans value their political autonomy and foreign policy independence they, too, will want to give serious consideration to a US offer of a new trilateral relationship and cooperative approach to security. The Korean people understand, better than anyone, that for more than two thousand years, Chinese dynastic rulers treated Korea as a tributary state that needed their “protection,” and that the Koreans were expected to provide “tribute” to China in return. From the Chinese perspective, lording its domination over the Korean Peninsula is no violation of the sovereignty of the Korean people; it is the “normal” state of relations between the Chinese and Koreans, closely linked, as they are, by history and culture. And yet, from a security perspective, the Chinese have long worried that the Japanese or another outside power seeking to blockade or invade China could again use the Korean Peninsula as their “jumping off” point.

It is in US interests to counter China’s competitive strategy in Northeast Asia. Washington must align its own balancing strategy with the long-term interests of the Koreans to strengthen their combined national defenses and protect their autonomy and self-determination as a people. In this way, the United States can more actively and positively shape the future of the Northeast Asia region. Most importantly for the Korean people, the US would fully engage with, and ultimately empower, the entire Korean nation. Such a geostrategic realignment will also serve to greatly reduce the threat of miscalculation, crisis, and nuclear war on the Korean Peninsula.

To achieve that outcome, however, the United States must prevent Chinese hegemony over the peninsula. A vital component of the overall US strategy in Northeast Asia must, therefore, include not merely finding a way to make peace with the North Koreans but building the kind of constructive relationship with Pyongyang to further empower all Koreans to defend their national interests.