A review of commercial satellite imagery of the Sohae Satellite Launching Station beginning in spring and running through fall 2018 reveals activity beyond the previously reported dismantlement steps taken at the launch pad and vertical engine test stand. Specifically, the North Koreans appear to have also altered the original roof of the fuel/oxidizer structure/bunker at the launch pad. The limited image resolution, however, precludes determining whether this activity is just a structural modification or an additional step towards implementing Pyongyang’s pledge to dismantle the Sohae facility.

Imagery from March 14 and May 26, 2018, shows the original roof of the fuel/oxidizer structure as smooth and flat.

Figure 1. Original roof of fuel/oxidizer bunker at the launch pad smooth and flat in March 14 and May 26 imagery. 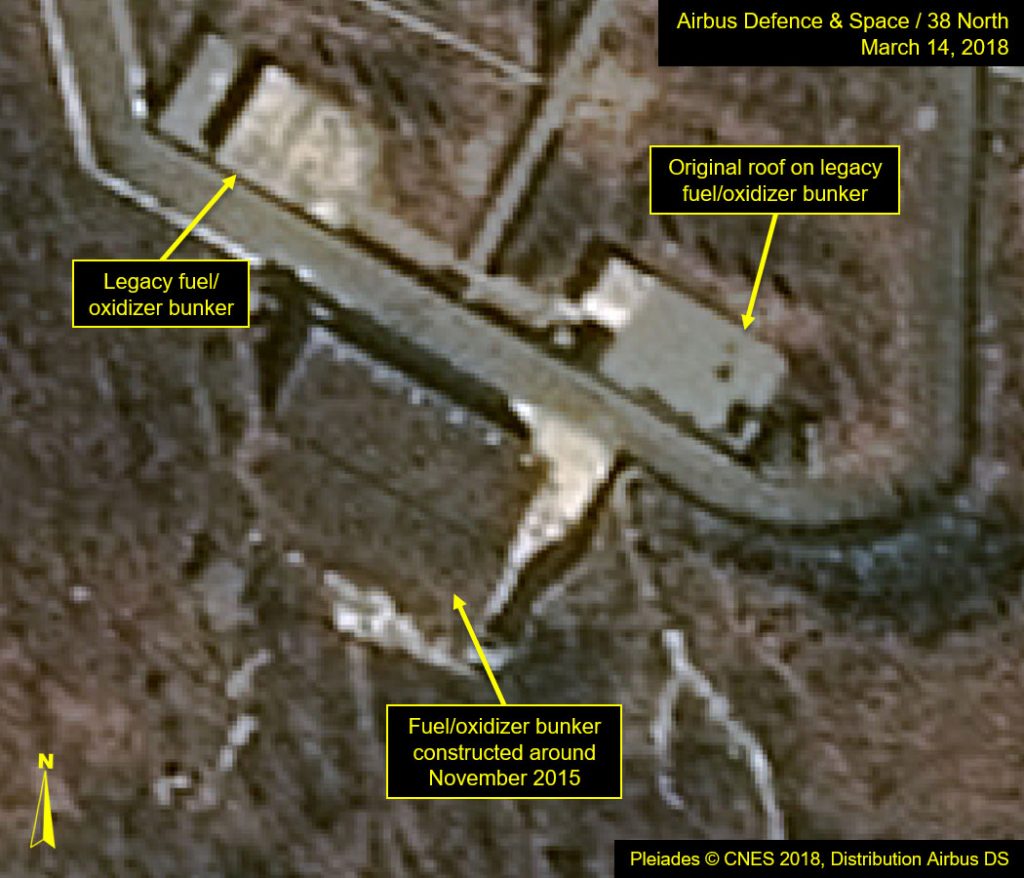 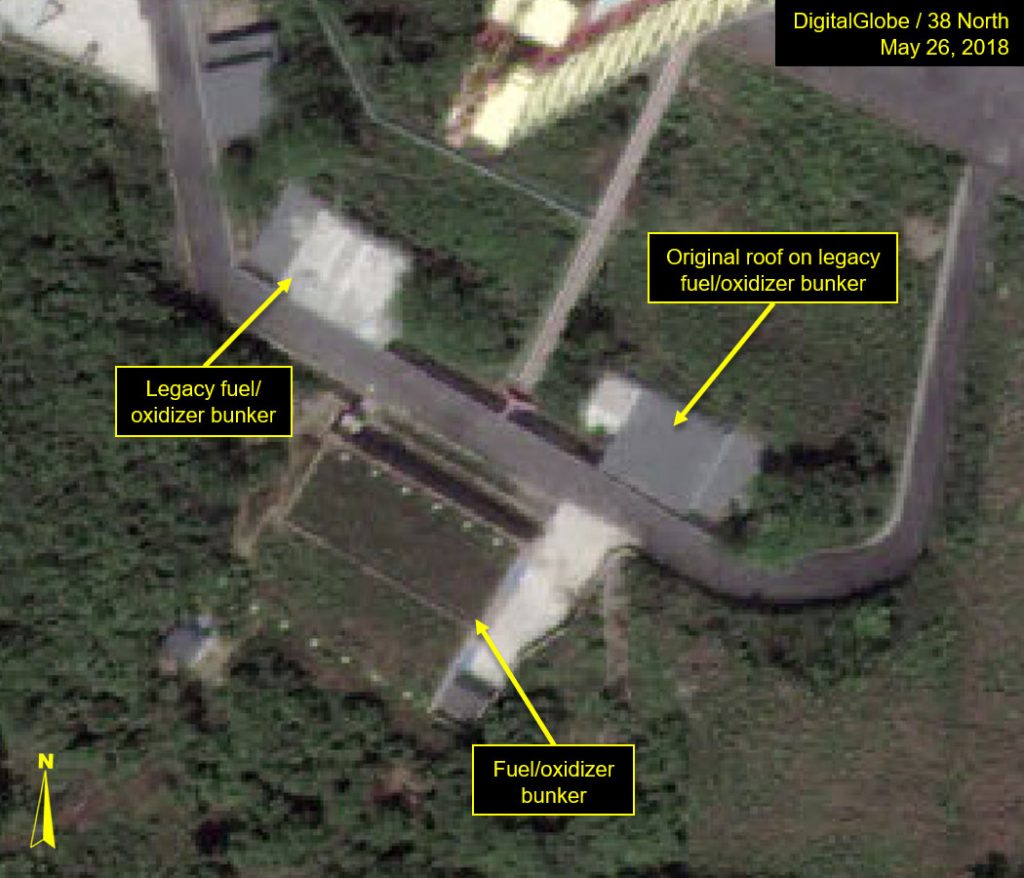 The next available image from July 22 reveals a change in the roof’s appearance. There may be objects on the roof. Alternatively, parts of the roof could have been dismantled. That change is confirmed by subsequent images of the structure.

The limited resolution of the satellite imagery precludes definitively determining whether the change is related to dismantlement. The lack of distinct shadows, indicative of roof sections removed and revealing the darkness below, supports the notion that there may be objects on the roof associated with removal that has yet to occur. Like activities at the launch pad and test stand, this activity has ceased since July 22. If confirmed by further activity, dismantlement of the fuel/oxidizer bunkers would be another important step in fulfilling North Korea’s pledge.