North Korea is moving ahead with its ballistic missile program at 16 hidden bases that have been identified in new commercial satellite images…The satellite images suggest that the North has been engaged in a great deception: It has offered to dismantle a major launching site—a step it began, then halted—while continuing to make improvements at more than a dozen others that would bolster launches of conventional and nuclear warheads. 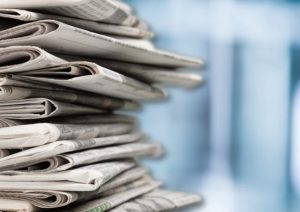 That is the ominous lede of a story by David Sanger and William Broad in The New York Times on Monday, November 12. Substituting tendentious hyperbole for sound reporting may convince editors to feature a story on page one, but it is a disservice to readers.

The United States and North Korea have yet to conclude an agreement that inhibits deployment of missiles by Pyongyang, never mind requiring their dismantlement. Nor has Washington yet offered the necessary reciprocal steps that might make such a deal possible. A negotiated suspension of missile deployment and production should follow a halt to fissile material production and take precedence in talks over a complete declaration of North Korea’s inventory of nuclear and missile assets.

Are these bases evidence that North Korea is cheating on the agreement it reached in June, when President Trump met North Korean leader Kim Jong Un in Singapore? Analysts say the answer is no—although there are plenty of caveats.

The New York Times story is based on a careful report by Joseph S. Bermudez, Victor Cha and Lisa Collins that makes no such claim. In fact, as the report acknowledges, the Sakkanmol Missile Operating Base and 15 others have long been observed by US intelligence, 13 of them by Bermudez himself.

Far from “moving ahead with its ballistic missile program,” Bermudez notes that “only minor infrastructure changes were observed” at this particular site since Kim Jong Un came to power in December 2011.

As for The New York Times’ claim that North Korea is “continuing to make improvements at more than a dozen others that would bolster launches of conventional and nuclear warheads,” while that is quite possible, the report by Bermudez, et al., does not support that contention. It says that Sakkanmol has Hwasong-5 and -6 (also designated Scud B and C) missiles based there since the early 1990s. It is conceivable that some of these short-range missiles may have nuclear warheads, but it seems more likely that the missiles are conventionally armed and part of the DPRK’s effort to counter US-ROK conventional superiority.

It is also possible that intermediate-range missiles capable of reaching Japan could be co-located at some such bases but Bermudez, et al. have not detected any at Sakkanmol.

Negotiating a halt to the deployment and production of IRBMs and ICBMs is much more urgent than addressing short-range missiles, which might remain in place as long as they are not nuclear-armed but are part of the North’s conventional deterrent.

There is more than enough to do in negotiating constraints on and the elimination of North Korea’s nuclear and missile threats without exaggerating them and prematurely accusing Pyongyang of bad faith or calling into question President Trump’s wisdom for trying nuclear diplomacy in earnest.