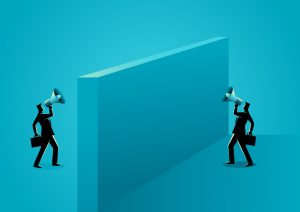 A year on from the extraordinary Panmunjom Summit—the first meeting between South Korean President Moon Jae-in and North Korean leader Kim Jong Un—which raised so many hopes, the inter-Korean march toward peace has ground to a halt. Already this year the North had slowed the pace.[1] And now Kim Jong Un has stomped off the field in a post-Hanoi huff.

A mercurial US President Donald Trump and a scheming National Security Advisor John Bolton are hardly Moon Jae-in’s fault. But Kim seems minded to shoot the middleman. His hard-line policy speech on April 12 to the Supreme People’s Assembly (SPA) included criticism of the “south Korean authorities” for “pos[ing] as a meddlesome ‘mediator’ and ‘facilitator’ as they busy themselves with foreign trips.” Moon was not named, but this mean snark was uttered the same day he returned from Washington, after yet another noble attempt to promote peace and dialogue on the peninsula.

Can inter-Korean dialogue be resuscitated? The question posed here by Daniel DePetris and Richard Sokolsky is timely. Noting that “Moon is now at the mercy of Trump and Kim.” They conclude that “the only option he has at this point is to play the long game.” In their view, that means “planting seeds that could come to fruition when the political climate for North-South engagement improves.” Their specific suggestions include medical cooperation, confidence building measures in the West Sea, and encouraging multilateral dialogue about the DPRK’s economic development.

They are right that Moon is now “stuck between a rock and a hard place,” with “no room to maneuver.” And I agree that Seoul must think long-term. But that requires deeper and broader reflection on why things have gotten bogged down, and how to avoid such traps in the future.

DePetris and Sokolsky’s concrete suggestions are laudable, yet problematic. First up is a non sequitur. They insightfully note the mediator’s dilemma: “the more [Moon] is perceived by either [Kim or Trump] as straining to do something, the less they will be impressed.”

So why do they think Pyongyang will be receptive right now to medical talks, joint fishing etc.? It seems clear that the North has taken its bat home completely, for the time being. All South Koreans are being given the brush-off, on all fronts. This is the current reality.

Patience: Not Always A Virtue

Yet the DPRK’s recent U-turn on inter-Korean relations is unwarranted and indefensible, as I argue elsewhere. Given that, isn’t it undignified if Moon adopts what may be called a Diana Ross posture: “Wait patiently for love, one day it’ll surely come”? Patience is a virtue, but surely not in this context.

A bad moment is a good time to return to first principles. Moon’s administration, and all South Koreans, should indeed be thinking long-term. They also need to ponder what has gone wrong, and ask why, after almost half a century, North-South dialogue is still at first base. No Korean proverb has proved falser than Sijaki banida. The first step is not half the journey—as shown by how many times Seoul and Pyongyang keep taking it and retaking it, over and over.

Thinking long-term is painful. It means jettisoning the collapsist illusions that used to seduce so many of us. At a robust age 71 or 75, depending on where you count from, the DPRK has not only outlived but outlasted its creator, the USSR. As much as one laments Korea’s division, this has become a fact of life. North Korea could be around for another 75 years—and Kim Jong Un may still be in charge half a century hence in 2069, that is, if he takes better care of his health.

Moon Jae-in, by contrast, is already a lame duck: one reason Kim has dumped him, though it only makes him more so. South Korea’s electoral calendar is remorseless. Moon still has three years left, and if Kim was strategic he would be nicer to the most simpatico ROK leader he is ever likely to face. But with grim economic figures (in part, due to perverse policies), and parliamentary elections due next year where the resurgent conservative opposition may well gain seats, Moon is no longer the commanding and popular figure he started out as.

Even if he were, and Kim were making nicer, three years hence his successor could well tear up Moon’s engagement approach. That’s what Lee Myung-bak did in 2008, simply ignoring the joint projects his predecessor Roh Moo-hyun (whom Moon served as chief of staff) had agreed with Kim Jong Il in Pyongyang months earlier. A lost decade followed, undoing the small start towards reconciliation made during the “Sunshine” era (1998-2007).

This highlights a systemic problem. South Korean policy towards the North over time lacks consistency and continuity. The major reason is the lack of any underlying bipartisanship on this key issue. The Left and Right in Seoul have sharply opposed views of the DPRK, each with a strong ideological component. They also hate each other at least as much as US Republicans and Democrats now do, making common ground almost impossible to find or even discuss.

That is bad. South Korea needs a non-ideological, non-partisan (or multi-partisan), frank but civil debate about how best to handle the North in the ROK’s long-term national interest. Maybe that is asking for the moon—no pun intended—and the prospect looks remote. But without this, policy will remain ad hoc, and zigzags and false starts will continue ad infinitum.

Moon Jae-in would do a great service if he opened such a discussion, but this seems unlikely. He courts Kim Jong Un, but scorns domestic opponents: unconcerned to heal rifts even in the progressive camp, much less reach out to conservatives. The latter can be rebarbative too, as currently. But someone has to break the deadlock, and the mold. Absurdly “ratifying” the Pyongyang Declaration within his own hand-picked Cabinet, rather than seeking genuinely meaningful approval from the National Assembly, is just one instance of Moon’s failure to seek to build a broad coalition and nationwide consensus on this most crucial of issues.

If Moon should try harder at home, conversely Kim Jong Un deserves shorter shrift from him. Turning the other cheek is a Christian virtue, but politically it sends all the wrong signals. The Sunshine era set up a bad precedent of gross asymmetry. South Korea always gave far more than it received on all fronts—except insults, whereby contrast it never reciprocated.

You could argue that a loss-leader approach was worth trying at first, and that the far richer—because sensibly run—ROK could and should help its poorer sibling. But unfortunately, that only played into the DPRK’s lifelong habit of militant mendicancy. The engagement norm, established by Kim Dae-jung and revived by Moon, is that Seoul: 1) pays for everything, no questions asked; and 2) never criticizes the North, which by contrast has no such inhibitions.

Neither practice is healthy. Pyongyang needs to learn reciprocity, and to be addressed frankly. Moon has made no response to Kim’s grossly unfair criticism. Why not remind him, gently or sharply but publicly, that without this “meddlesome” mediation Kim would never have gotten his two summits with Trump? Where is the risk in saying that? I see none, only a gain in respect.

He could go on. When DPRK media threaten revenge on ROK conservative “traitors,” as they daily do (latest headline: “Severe Punishment by Fellow Countrymen Is Inevitable”), why doesn’t the Ministry of Unification routinely rebuke such interference in domestic affairs, and point out that South Korea is a democracy? It can be said politely, but it really should be said. Pyongyang must be held to account for its words and deeds. What is the reason not to do so?

Another example. Deplorably and puzzlingly, DePetris and Sokolsky preface their advocacy of medical cooperation by dissing what they call “the traditional North-South agenda—family reunions and return of remains” because this “will not appeal to the North Koreans, who are focused on security issues.” I strongly disagree. We owe it to the rapidly dwindling cohort of elderly separated family members to push hard and urgently for family reunions, even in the brief and unsatisfactory form that has become the norm. Pyongyang has no good reason to oppose that. But if it does, let the world see clearly which Korea is blocking family embraces.

To be clear: I am not advocating mere name-calling for its own sake. Slanging matches are pointless, and no one could or should match the insults Pyongyang sometimes descends to. Nor is it necessary to react to everything. But surely it is feasible to find words which are firm but not inflammatory so that Seoul stands up for its principles and preserves its dignity.

This article was written before the volley Pyongyang fired on May 4. Southern responses to this reinforce the points made here. The Ministry of National Defense (MND) managed some remonstration: “We are deeply concerned about North Korea’s launch of multiple projectiles, which violates the spirit of the inter-Korean military agreement.” Only the spirit? And why keep saying “projectiles,” now that we know these included a ballistic missile? Such pussyfooting impresses neither the Northern nor Southern opinion. Moreover, and not to downplay the DPRK’s serious if self-created food crisis, what signal does it send to Kim Jong Un if Seoul offers food aid immediately after this missile provocation? In politics, timing matters.

Unlucky timing, too, for Moon Jae-in to aver that “the sounds of gunfire have disappeared in the air, on the sea and on the ground around the Korean Peninsula” in a long and thoughtful article in the Frankfurter Allgemeine Zeitung, marking his first two years as President. While Moon’s sincerity and vision are laudable, to declare peace is not the same as establishing and securing it. In an apt metaphor, he is jumping the gun—which is very much still there.

South Korea must indeed plan for the long term and assume North Korea and Kim Jong Un will be around for decades to come. Domestically, that means striving for bipartisan policy continuity in Nordpolitik despite regime change in the South, challenging though this will be.

Towards Pyongyang, ROK governments of whatever political complexion must insist on reciprocity, and not hesitate to call out bad behavior. If the Kim regime learns that its actions have consequences and its lies and sneers will be rebutted, it might begin to show the ROK some real respect. That in turn would help the Left and Right in the South find common ground.

Finally, all this matters too much to be discussed only by Yanks and Brits. West Germany, prior to reunification, created a broadly bipartisan approach to handling the German Democratic Republic: how was that accomplished? Above all, what do South Koreans—and indeed North Koreans—think?