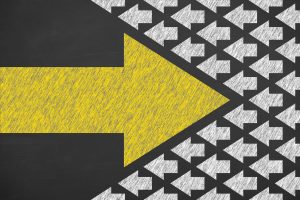 Since mid-May, there have been signs of a high-level policy discussion in Pyongyang over how to proceed with diplomatic engagement with Washington. On one hand, there has been a positive shift in DPRK commentary on US-DPRK negotiations both from the North Korean Foreign Ministry and via the pro-DPRK paper in Japan, Choson Sinbo. Externally, Pyongyang appears to be signaling that it would welcome a US gesture allowing the two sides to resume engagement. Internally, however, there seems to be opposition to this course, or at the very least serious warnings about proceeding along the same lines that Pyongyang took from January 2018-February 2019.

As usual, no single statement or commentary unambiguously tells the story. Rather, it is in combination—along with the shadings of language, topics omitted and even the choice of audience—that suggest Pyongyang is moving beyond its immediate post-Hanoi policy reevaluation and into a new phase.

The positive shift began with a May 18 Choson Sinbo commentary—authored by Kim Ji Yong—breaking with the North’s standard portrayal of the February US-DPRK Hanoi Summit as a failure, and instead emphasizing positive aspects of the summit. Over the years, Kim Ji Yong has appeared to be an especially well plugged-in journalist for the pro-NK paper in Japan. Simply put, he does not write his commentaries off the top of his head, and often either directly transmits or at least accurately conveys thinking in some circles in Pyongyang. In his May 18 commentary, Kim reached back to a February 28 KCNA report on the Hanoi talks (an extremely upbeat report apparently released before the extent of the failure was fully digested) as having resulted in the DPRK and US leaders gaining “in each other greater respect and trust.” To nail down that image, Kim repeated this positive portrayal of Hanoi elsewhere in the piece: “Eventually, the President himself will have to make a resolute decision based on the trust built during the past two summit talks.” (Author’s emphasis added.)

Kim even suggested that DPRK First Vice Minister of Foreign Affairs Choe Son Hui’s April blast at US National Security Advisor John Bolton was actually meant to make a positive point, that despite Bolton’s position, at Hanoi the two leaders actually had reached “a common understanding”:

North Korea’s unilateral nuclear disarmament or “big deal” was never set as the prerequisite for the holding of the third summit talks…rather, between the leaders of North Korea and the United States, there was a common understanding about continuing the dialogue and finding the methodology for resolving the issue, which would satisfy the interests of both parties and be acceptable to each other.

The latter formulation—“finding the methodology for resolving the issue, which would satisfy the interests of both parties and be acceptable to each other”—is especially noteworthy since it virtually repeats the position Kim Jong Un put forth in his April policy speech, and more than that, implies that the two leaders had, in fact, already agreed on that position:

Only when there provided written content favorable for the interests of both sides and acceptable to each other, I will sign the agreement without reserve and this depends on in what position and with what calculation method the U.S. would come forward.

The references to President Trump in the May 18 commentary are all positive. Utilizing an approach central Pyongyang media had regularly used pre-Hanoi, all the blame was placed on “hardliners” in the administration. In letting the President off the hook, Kim Ji Yong’s commentary also seemed to open a path for fixing the problem, i.e., having the president somehow acknowledge the key point in Kim Jong Un’s April speech:

It is unclear how deeply President Trump understood the policy determination in the [April] speech on administrative policy. The hardliners who wedged themselves into the negotiation team could have emphasized only the validity of the previous line without properly explaining the gist of the speech to the President.

Kim Ji Yong subsequently returned to the fray with two additional commentaries on May 24 and June 1. The latter significantly expands his earlier positive portrayal of the possibility of putting negotiations back on track. In fact, it even appears to have been a set up for the first clearly positive statement from Pyongyang itself—a June 4 Foreign Ministry spokesman’s statement that made a point of noting Kim Jong Un’s personal commitment to the process of engagement. Significantly, the statement was broadcast to the domestic audience. Earlier, negative statements on the state of the dialogue had only been transmitted to international consumers.

Complicating this positive picture, only two days after the May 18 Kim Ji Yong piece, Rodong Sinmun carried an editorial board special article—a rare, highly authoritative form of comment—that espoused at length (it took up the entire first page of the party newspaper) an orthodox view of the dangers of dealing with big powers (presumably including China). The special article warned that:

Lessons from Iraq, Libya, and other countries starkly show that no amount of fawning upon powers should be enough to avert the eventual fate of falling into a bloody civil war and national calamity.

In what looks to be an argument against giving up the nuclear program, the special article asserted:

The powerful physical strength to firmly defend the country’s rights to sovereignty, survival, and development has been put in place under a strategic decision to end the imperialists’ long-running nuclear threats with nuclear weapons and under our party’s steely belief that our state advancing on the back of our own strength will stay invincible in the face of an oncoming million-strong great enemy and all kinds of hardships piling up.

The main thrust of the article, however, appears aimed at those in the leadership who see the nuclear negotiations as a means of pressing ahead with economic development, possibly with outside assistance:

Following someone else’s road and relying on someone else will never make anyone join the ranks of powerful states. The building of a powerful state must be based on development and creation, not replication, and based on self-support and self-development, not handouts or foreign capital.

…Tribal conflicts are intensifying and economic chaos is deepening in many countries currently, and the reason is none other than their blind acceptance of a Western model. (Emphasis added.)

The editorial board article was followed up by several Rodong Sinmun articles espousing similar warnings against following a capitalist path. A May 31 article raised a hoary conservative argument that the collapse of the Soviet Union and East European socialist countries came about because “people came to fall into foolish illusions about capitalism.”

There are a number of ways to interpret these mixed signals.

At this point, there is not enough evidence to be sure what the shape of the internal discussion might be. The appearance of so unusual and authoritative a vehicle as an editorial bureau special article, however, suggests this is not a minor discussion being conducted off in the corners of the regime.