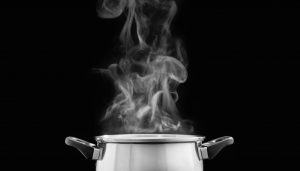 The debate roiling the leadership in Pyongyang is in its fourth week and appears to have heated up. That the Chinese leader Xi Jinping should go to North Korea in the middle of this tense situation is extraordinary and suggests a level of concern that the situation in Pyongyang is close to getting out of hand. At the same time, the visit could also be a calculated effort by Kim Jong Un to pull in heavy artillery to defend his position.

Both sides of the debate have used the party daily Rodong Sinmun to advance their positions. Those who are on the attack (for convenience we’ll call them the “orthodox” forces) appear to have the upper hand in that regard, having published two very lengthy, high-level “special articles” on the front page of the paper over the past several weeks (May 20 and June 12). By contrast, those forces—for want of a better term, the “loyalists”—on the other side of the debate appear, so far, forced to defend their position indirectly, without forthrightly pushing back or laying out their case.

As an example of this indirect approach, a long article in Rodong Sinmun on June 10—not by accident the same day as Kim Jong Un’s latest letter to President Trump—lavishly praised Kang Sok Ju, the former first vice foreign minister who negotiated the 1994 Agreed Framework and guided the North’s diplomacy through to what had been considered a major breakthrough with the US in October 2000. By implication, the appearance of this article on Kang was an effort to push back against the orthodox criticism of diplomacy as compromising the country’s principles and security.

This article on Kang was the second such paean in Rodong Sinmun to a deceased senior party figure. The first had appeared on May 8. Though not clear at the time, in hindsight it appears that this earlier article’s appearance was a sign that the debate was already going on beneath the surface, but had not yet flared so dramatically in public at that point. This early May article focused on Kim Yang Gon, a senior party official who served under both Kim Jong Il and Kim Jong Un. Kim Yang Gon, a favorite of Kim Jong Un, had been in charge of inter-Korean relations as well as the party’s International Department. When he died in December 2015, reportedly in a car accident, he was replaced by General Kim Yong Chol, an official with a very different career and apparently much tougher approach than Kim Yang Gon. It is worth noting that as of the date the article appeared, Kim Yong Chol had been out of sight for nearly a month. He did not surface in public until June 2, looking somewhat the worse for wear.

The loyalists’ difficulties may be inferred from the appearance on June 11 in the pro-North Korean paper in Japan, Choson Sinbo, of an extremely unusual commentary referring to Kim Jong Un’s April 2012 speech. That speech had contained the stunning promise that the people would “no longer have to tighten their belts”—in other words, a signal of a shift of resources away from the military to the civilian sector. The author of this particular Choson Sinbo article was the well-connected journalist Kim Jiyong, who has authored a number of commentaries over the past month seemingly reflecting efforts by pro-diplomacy elements in the North Korean leadership to reengage the US. In this latest article, Kim Jiyong dramatically portrayed that key part of the young leader’s speech as literally stunning those who heard it. This reference to a pivotal moment in DPRK policy at the beginning of Kim Jong Un’s reign is an unmistakable effort by the loyalists to reassert that reformist economic policy line, the line that, in fact, was the basis for the turn to diplomacy and Pyongyang’s summits with the ROK and the US in 2018. Yet the fact that they had to resort to media outside the country to feed back into the debate one of their most potent symbols raises the possibility that the loyalists were, at least at that point, on the defensive.

On June 12—the first anniversary of the Singapore Summit—it is striking that there was nothing in the party daily to mark the occasion. Instead, the paper carried a second orthodox attack in the form of a lengthy, high-level “special article” savaging economic reform and diplomacy. This article bluntly argued that, “War can be prevented not by diplomacy or begging, but only through powerful physical strength.” It beat the drums on the dangers of economic interdependence and opening, arguing that:

In today’s world, an economy that is tied to another country’s technology and funds, or a subcontractor economy, is in a precarious state and cannot protect the livelihood of its own country’s people let alone their dignity.

In language that could be read as an attack on the Singapore Summit but equally on Chinese pressure on the North—significant in view of the announcement of Xi Jinping’s visit—the article warned about the “[T]emptation of hegemonic powers who offered ‘prosperity’ in return for ‘changing the path.’” The reference to “prosperity” looks to be a barely disguised reference to Washington’s oft stated promises of a bright future for the North if it gives up with WMD programs.

The article veiled its attack on current DPRK policy in extravagant praise for the leader:

The diplomatic stage is an acute ground where a country’s dignity and status are demonstrated. Our party’s offensive spirit is the fundamental key to grand victory in independent diplomacy. Even prominent politicians are raising their voices of respect and heavy praise for the respected and beloved Comrade Supreme Leader’s blitz-like ways of diplomatic activity unbound by convention, his endlessly humble, infinitely frank, universally attractive power of influence, and his principled position which allows not even the slightest concession when it comes to issues related to the state’s dignity.

Yet it speaks volumes that this passage—ostensibly praising Kim Jong Un’s diplomatic skills—appeared on the anniversary of the Singapore Summit but made no direct reference to that event.

In subtle and not so subtle ways the article made clear the orthodox preference for restoring the military to its previous positions of status and influence. In several places the article lists military issues before economic issues. It even goes so far as to describe Kim “openly sitting knee to knee with national defense scientists” and “seeking ways to increase military spending in the shortest possible time;” and only then does it go on to include a seemingly minor reference to Kim’s concern with economic matters. That suggests advocacy of a complete reversal of the new strategic line of “everything for the economy,” announced at a party plenum in April 2018.

In a curious passage that raises the specter of cutting back Kim Jong Un’s grip on power, the article noted: “The respected and beloved Comrade Supreme Commander is also human and loves everyday life more than anyone. Even our marshal needs a rest when mental and physical overwork is accumulated.” Referring to the leader’s fatigue caused by relentless commitment to the people’s welfare is not unprecedented. In the current context, however, it may have more than routine significance.