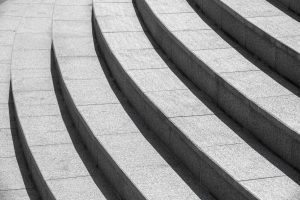 An exchange of personal insults and a mutually reinforcing cycle of escalation brought the United States and North Korea to the brink of a crisis in 2017. A break in the tensions facilitated by South Korean President Moon Jae-in through “Olympics diplomacy” led to an unprecedented summit meeting between Kim Jong Un and Donald Trump in Singapore in June 2018, opening up possibilities for engagement. However, following a failed second summit held in Hanoi in February 2019, talks between Washington and Pyongyang have hit a hard impasse.

Leader-to-leader engagement was a bold move in an attempt to forge a new kind of relationship after decades of hostility. The US demonstrated that it is willing to sit down with a long-standing adversary at the highest level, clearing a path for diplomacy.

The summits between Kim and Trump symbolized a major breakthrough in relations, but they also revealed the limits of personality-driven diplomacy when it’s not backed up by working-level talks held on a regular basis. Simply put, the formulation and execution of a coherent strategy beyond the summitry have been sorely missing.

The lack of concrete progress is to be expected to some extent given the deep mistrust between Washington and Pyongyang and the complexities of the issues on the table. Even so, we should be concerned that, one year after the Singapore Summit, the fundamentals required to carry out a productive diplomatic process remain unsettled. Pomp aside, we are still at a pre-negotiation stage. Given still tenuous communications channels and the high stakes for both leaders, we could slip back to a ratcheting up of hostilities quickly, including once again spiraling toward military confrontation either by design or by accident.

Today, we are faced once again with a stalemate. In Hanoi, the US insisted that the North Koreans fully denuclearize before receiving any concessions. North Korea demanded the lifting of five major sets of economic sanctions in exchange for the dismantlement of the Yongbyon nuclear complex. In order to break this impasse, both sides need to adjust their negotiating positions.

I propose a two-step process. The first step would be to reach an agreement on the end goals: full denuclearization in exchange for the establishment of a peace regime (including the full lifting of sanctions, a peace agreement, the normalization of relations and security guarantees)—both sets of goals would need to be clearly defined. The second step would be to devise a phased road map to get us there.

It’s unrealistic to expect the US to make key concessions absent a demonstrated commitment on North Korea’s part to disarm. It’s also unrealistic to expect Kim Jong Un to agree to an approach that provides no assurances to safeguard his regime and no opportunities to address economic challenges early in the process.

A phased approach that incorporates political, security and economic measures Pyongyang would see as progress toward the establishment of a peace regime offers the best way forward. This would require the North Koreans to agree to some disabling or dismantling of its program as a starting point. In exchange for progress on denuclearization, the US should be prepared to provide the North Koreans with trade-offs along the way, including calibrated sanctions relief.

Trump’s refusal to consider limited sanctions relief as part of the negotiation process is a miscalculation. In fact, the administration has a track record of utilizing sanctions in counterproductive ways. One such example is the re-imposition of sanctions on Iran despite Tehran’s compliance with the nuclear deal and the aggressive application of secondary sanctions against our European and Asian allies for fulfilling their deal commitments. The US rejection of South Korea’s requests to permit the resumption of joint economic projects with North Korea, including the Kaesong Industrial Complex and the Mt. Kumgang joint tourism venture is short-sighted and a sure way to stifle diplomacy. Granting limited relief along these lines is precisely in line with the purpose of levying sanctions in the first place—to bring about changes in bad behavior and threatening policies.

The North Koreans also have made a miscalculation. By narrowing their focus on only engaging Trump and refusing to meet in working-level negotiations with their American counterparts, the North Koreans are undermining the potential for diplomacy. A key lesson they should draw from Hanoi is that a limited flurry of engagement in the lead up to a summit isn’t going to bring about successful outcomes. Coming to the table without clarifying in advance their key negotiating points did not work to their advantage in Hanoi.

Here’s some more good news. The elements of a potential interim deal were left on the table in Hanoi, providing a clear basis for continuing talks. The North Koreans’ offer to permanently end and codify nuclear and missile testing is significant. The offer on Yongbyon and their willingness to shut it down in the presence of US experts would help us to better understand their program and overall capacities. And opening a US liaison office in Pyongyang would dramatically address the lack of steady channels of communication.

We should be skeptical about whether Kim Jong Un is serious about full denuclearization. But it would be a mistake to rule out the possibility that significant progress can be made. It’s likely the case that Kim hasn’t yet decided how far he is willing to go. Beyond the personality-driven and tactical aspects of the process to date, there are signs of a “guns versus butter” type of debate emerging in Pyongyang that could hold implications for Kim’s next steps. We need vigorous diplomacy to test his intentions, shape an outcome toward a less contentious relationship and make progress toward disarmament and denuclearization.

Trump’s un­or­tho­dox personal diplomacy with Kim Jong Un has brought about a dramatic reduction in tensions. But it’s a page out of the Trump playbook we have come to expect—create a crisis situation and then take credit for solving it even though little, if anything, has been resolved. The limits of this approach have become clear. Following the pageantry of two summits, we now need serious diplomacy to manage the uncertainties ahead and resolve a range of difficult issues.