Several recent commentaries published on 38 North have addressed the much-needed evolution of the European Union and its member states’ policy towards North Korea. Some have argued it is time to talk to North Korea and to more strongly support South Korea’s policy, while others have advocated multilateralizing US-DPRK negotiations and drafting a “Borrell Peace Plan.”

Many observers agree that the strategy of critical engagement the European Union member states (EUMS) have pursued for the past several years—a combination of both incentives and pressure—has been a partial failure. However, what is needed is not just dialogue or idealistic and impractical policies, but rather agreement on concrete and detailed actions that should be taken to advance common European interests. As James E. Hoare recently commented, recommendations should find support at a political level among EUMS, and to do so, addressing the EUMS’ main concerns is essential. 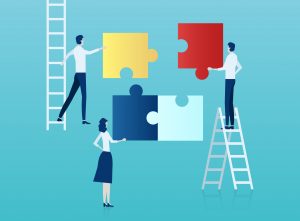 The EU needs to pivot from a strategy of critical engagement to implementing a more proactive strategy of credible commitments in four areas: political engagement, nonproliferation, implementation of restrictive measures and engagement with the North Korean people. Such a renewed strategy should be highly coordinated, built on the many initiatives already being taken and facilitated by the appointment of a European Union Special Representative on North Korea.

An Enduring Crisis but a Partly Failed Strategy

The North Korean nuclear and ballistic missile crisis is the most serious proliferation crisis the European Union and its member states currently face on the world stage. All phases of North Korea’s nuclear weapons program are currently continuing and the country is increasing its tactical and strategic ballistic missile capabilities, mastering new technologies such as solid rocket propellant technology.

This increases the risk of proliferation of missiles and dissemination of technologies. If such capabilities were ever to be present in certain theatres of operations closer to Europe, European states would face unprecedented challenges in terms of force projection and military operations. Avoiding such proliferation is fundamental to the interests and security of Europe.

For sure, the EU strategy of critical engagement has partly failed, and the levers available to the EU and its member states have been considerably reduced along with their diplomatic influence. Thus, Europeans must remain pragmatic and realistic. Engagement is a diplomatic tool, not a strategy, and the key is to define feasible, realistic political objectives and to adopt a strategy to reach them.

On one side, engagement between the US and North Korea at the working level has been limited, and Seoul’s engagement with Pyongyang has come to a halt despite the Moon government’s repeated attempts. On the other side, North Korea has been wary of engagement with the EU because it does not perceive Brussels as a neutral actor or a mediator. Rather than engage constructively with the EU and EUMS, the North has sometimes tried to divide it, openly criticizing some EUMS while sending more conciliatory signals to others.

It is essential that the EU gives the challenges on the Korean Peninsula the high priority they deserve, recognizing that its contribution will be limited by its lack of leverage. Although coordination with regional partners is essential, coordination at the EU level must be a priority for implementing an independent, but not unilateral, European policy.

The main problem the EU and the EUMS face today is not a lack of resources, but a lack of both political awareness and coordination. Indeed, several initiatives exist at the EU level (at the Council, the Commission and the Parliament), the EUMS level, and among local European actors such as universities and think tanks. This renewed activism must be accompanied by increased coordination through the publication of a strategy—using the model of the EC-DPRK Country Strategy Paper for 2001–2004—based on credible commitments to political engagement, nonproliferation, implementation of international sanctions and engagement with the North Korean people.

An EU Special Representative on North Korea should also be appointed to advance this agenda, raise awareness in Europe of the stake it has in peace, stability and nonproliferation on the Korean Peninsula, and facilitate coordination within the EU among the different directorates, between EU member states and with the EU’s partners in the region. Its creation would send a strong diplomatic signal that the EU is credibly and proactively committed to protecting its interests.

The EU and its member states should renew its diplomatic and political engagement with and on North Korea. The EU should pull three levers:

Nonproliferation is a widely supported priority of the EU and its member states, a key objective of the EU Global Strategy and an area of internationally acknowledged EU expertise. Three near-term priorities should be:

The European Union and its member states are key actors in the implementation of restrictive measures imposed by the UNSC on illicit North Korean activities. There are two priority areas:

Engagement with the North Korean People

The EU and its member states have a moral and political obligation to promote the well-being of the North Korean population. This can be fulfilled by continuing to:

It is time to adapt the European Union strategy to North Korea, while being aware a consensus must be achieved first among the EUMS. Indeed, convincing them is key, especially when disagreement persists between countries—not so much on the long-term objectives but on the best implementation strategy. Opening a public debate in Brussels and in EUMS capitals is much needed and must be based on concrete and pragmatic policy recommendations to defend European interests.

This comment draws on a longer report published for the EU Non-Proliferation and Disarmament Consortium in February 2020: From Critical Engagement to Credible Commitments: A Renewed EU Strategy for the North Korean Proliferation Crisis.