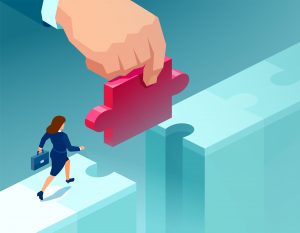 Since the European Union’s (EU) “geopolitical Commission” took up the office in early December 2019, Josep Borrell, the EU’s new High Representative (HRVP) for foreign affairs, has focused primarily on the Middle East—confronting the fallout from the killing of Iranian Major General Soleimani, salvaging what’s left of the Joint Comprehensive Plan of Action (JCPOA), and bringing about a ceasefire in Libya. It has been relatively quiet on the Korean front over the past few months, but that situation could change over the next year. Although North Korea did not deliver on the hinted “Christmas gift,” it may eventually engage in provocative behavior. As there is no viable option for using military force to eliminate the DPRK’s nuclear capabilities and the US campaign of maximum pressure seems to have run its course, the Trump administration may want to settle on a strategy of renewed deterrence and containment unless North Korea decides to resume the talks. Washington will expect its European allies to follow its lead. The EU is likely to go along, while trying to play a constructive mediating role to mitigate tensions and reduce the risk of conflict on the Korean Peninsula.

The New Geopolitical Landscape in 2020

A strategy of EU engagement will face treacherous terrain. Negotiations on denuclearization between the US and DPRK seem to have reached a dead end. South Korean President Moon has been effectively sidelined and inter-Korean cooperation has also fallen off. And most importantly, Kim Jong Un declared at the Party Plenum late last year that North Korea would chart a new path of a “frontal breakthrough” in order to withstand UN sanctions in the long-run, advance a new “strategic weapon,” and end the DPRK’s moratorium on nuclear and ballistic missile testing if the US continues its “hostile policies.”

Moreover, in the past two years, the geopolitical landscape has shifted to become more competitive among the big powers, both in terms of “geopolitics” and “geo-economics.” Given these new conditions, policy options available to world leaders, including HRVP Borrell, will be constrained, much more now than three years ago. In 2017, President Trump could ratchet up “maximum pressure” on the DPRK because China was on board. Yet in 2020, although Chinese authorities are currently preoccupied with the coronavirus emergency and there is a temporary truce between Beijing and Washington due to the “phase one” trade deal, it is difficult to envisage President Xi tightening, rather than relaxing, existing sanctions on North Korea.

In fact, China might be willing to use the North Korea card as a bargaining chip if the Sino-American rivalry continues, especially at the time when, from the Chinese point of view, the US has been using the Hong Kong protest movement as its own leverage. However, any further sanctioning could potentially precipitate internal instability within the DPRK which is the last thing China wants on its doorstep. It is therefore in China’s interest to support the North Korean economy, and Beijing has already been working to do that, for example, by promoting Chinese mass tourism.

Similar to the debate over whether to allow China’s Huawei to participate in the rollout of 5G in Europe against US pressure to exclude them, any increased tensions on the Korean Peninsula may put the EU at odds with Washington or Beijing. Having to choose sides is something Brussels hopes to avoid at all costs. Within these constraints, is there space for the EU’s preferred tools of engagement—mediation, brokering confidence building, and arms control measures to strengthen peace and security on the peninsula?

Can the EU Do Geopolitics on the Korean Peninsula?

In his first video message, Borrell declared that he wants EU foreign policy to be “more strategic, assertive and united”. There are clear limitations on the capacity of the EU to affect the core strategic issues that make the Korean Peninsula a global security dilemma. Nonetheless, the EU has a role to play and an opportunity, however small, to become a true “geopolitical” actor on Korean issues. To make a potential difference, the EU will need to do four things to help prevent a new cycle of tensions, threats, and escalation:

The Time to Act Is Now

Any sustainable agreement for peace and security on the Korean Peninsula must be anchored within an international system. While this might not interest either the United States or North Korea at first, there are examples that show the benefits of multilateralism under EU leadership which should appeal to Pyongyang. The Paris climate accord and, to a lesser degree, the Iran nuclear deal, however fragile, have so far survived the US pullout because these agreements were multilateral with the EU at their core. This must be done for Korea—and HRVP Borrell needs to lead the way. A Brussels-led peace process could also be backed up by European inspectors, diplomatic machinery and, most of all, EU funding, which are, as I argued elsewhere, three contributions that Washington may eventually appreciate. Launching such a peace process would surely be more constructive, and effective, than issuing repetitive E3+ statements after each missile test at the margins of the UN Security Council (UNSC) meetings.

It is up to the EU, however, to take a high-level initiative rather than a “wait and see” approach. If the EU doesn’t act, others will. China has already come up with a new draft UNSC resolution calling for lifting of major sanctions and reviving the Six Party Talks that do not include the EU—with Russia happily tagging along. There has also been speculation about a new Sino-Russian initiative to broker denuclearization. From a geopolitical perspective, there is only one thing which is worse than a nuclear armed North Korea: a nuclear armed North Korea which is fully in the Chinese orbit. Given their policies in other regions, it would be nonetheless truly absurd should Presidents Xi and Putin get nominated for the Nobel Peace Prize if their proposals for easing tensions on the peninsula win the day.

Europeans, as much as US Democrats, should not be dissuaded from a dialogue with North Korea just because President Trump has done it. Trump was right to open a direct dialogue with Kim Jong Un. “Talking to dictators” is not an inherently bad thing—as long as it advances your interests, you know what you want and how to achieve it. Neither North nor South Korea is likely to oppose an enhanced EU role as long as it is neutral and not seen as taking sides.

The EU’s policy towards the DPRK has been termed “critical engagement.” Since aligning itself, however, with Washington’s policy of “maximum pressure” a few years ago, Brussels has focused more on being “critical” towards Pyongyang rather than engaging it. The EU has been punching well below its weight for years on the Korean Peninsula. If the new EU’s “geopolitical Commission” wants to make a real difference in Northeast Asia, and in Asia more broadly, it’s high time to come up with a new approach towards serious and sustained “engagement”—before North Korea becomes the global geopolitical hotspot once again.