You may think you know what this article will say. You might be wrong.

We who work on North Korea have grown wary of the press. When Pyongyang excoriates (as it often does) the “bourgeois reptile media,” some (many? most?) of us mutter a quiet amen.

With reason. With a few honorable exceptions, most mainstream media (MSM) are pretty dire on the DPRK. Some of them all the time, and almost all of them some of the time. 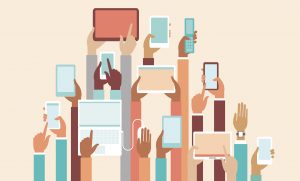 Blame the Internet. Before, hardly anyone knew or cared about North Korea. It wasn’t news, the odd nuclear crisis apart. Only a few serious folks talked about it, and they did so seriously.

Memes and clicks changed all that, not for the better. Kim Jong Un, an instantly recognizable figure, morphed swiftly into a dream meme in this shallow, sensationalized new world.

In 2014, MailOnline—the planet’s top news website in English, alarmingly—put up a cheeky billboard juxtaposing two Kims: Jong Un, and Kardashian. Strapline: “The Kims. They’re on the same page.” That was witty. But its implications are not funny at all.

Everyone knows about North Korea now. Yet what they know is too often a cartoonish cliché. As I noted in 2016, “The popular image of Kim Jong-un is as an old-style James Bond villain: a pudgy tyrant with bad hair, variously throwing his uncle to the dogs, partying with eccentric former US basketball players and threatening to nuke the world.”

Some papers don’t just dumb down; they make stuff up. In January last year the Daily Star, a British rag, splashed the headline: “North Korea leader Kim Jong-un’s ‘10 bottles of wine’ birthday BLOWOUT as he turns 35.” A familiar, wholly speculative riff on Kim’s presumed appetites, this “story” had one small problem: Kim was soberly in Beijing at the time. The Star was told this, but a year later this rubbish is still online. What do they care?

So far, so familiar. We all know this. We wish it would change, but it won’t. North Korea is weirdly sexy: it sells. So MSM who know little and care less about DPRK realities will keep on churning out trashy day-glo memes as clickbait, ad nauseam/infinitum. That’s capitalism.

Even those who should know better get careless, as in the current hoo-ha about Kim’s health. Newsweek, whose glory days are long gone, claimed Kim is recovering “at a villa at Mount Kumgang in eastern Hyangsan province” [sic]. This is garbled twice over. North Korea has no such province. Hyangsan is the name of the hospital, in the Mount Myohyang region north of Pyongyang, where DailyNK (which broke the story) claims Kim had heart surgery. Mount Kumgang is somewhere else entirely, in the DPRK’s southeast. No one is saying Kim is there, but in a wholly separate report, 38 North has spotted his train at Wonsan on the east coast, a long way from Hyangsan. Dear oh dear. These errors remained uncorrected as of April 28.

But enough high horse already. Frothing about the meeja is easy, yet lazy. Time for some self-criticism. Are we, the experts, any better? Or do we perhaps protest too much?

Let’s examine the tenets of the standard stereotype, as I summarized it above. To repeat:

“The popular image of Kim Jong-un is as an old-style James Bond villain: a pudgy tyrant with bad hair, variously throwing his uncle to the dogs, partying with eccentric former US basketball players and threatening to nuke the world.”

Unpacking that, there are six specific claims. One detail is false, and one item (Kim’s hair) is truly trivial. But all the rest is real, and the issues are important. Check:

The last point hardly needs emphasizing now, you might think. Except it does. Bizarrely, some folks insist we shouldn’t be talking about his health at all—Because We Do Not Know.

We have been here before, often. North Korea is ultra-secretive, so many stories arise which are unconfirmed and probably unconfirmable. This goes with the territory. The question is: how should those who work professionally on the DPRK respond?

In my view, some of us overreact. Rightly if righteously angry at the MSM for printing any old, lurid scuttlebutt, we leap gleefully on their errors. If those emanate from ROK intelligence, so much the worse; we don’t like them either. And if a story slots too easily into well-worn Washington tropes, like North Korea’s putative collapse, that’s yet another red flag to some.

Look at Twitter over the past week. Among all the speculation about Kim Jong Un’s health—and let’s be clear, it is mere speculation so far—you’ll find a sizeable backlash of specialists who say, some quite fiercely, that we shouldn’t be talking about this at all. The word “BS” has even been used, which seems to me all too solid a term for matters so shadowy.

On this view, serious experts shouldn’t dignify an unsubstantiated rumor by taking it seriously and discussing it. That seems to me a thoroughly misguided stance. Let me explain why.

True, many if not most North Korea stories never get confirmed. Few, in fact, are ever positively proven false, as when elite figures are allegedly executed or purged but pop up again later.

Egg on face isn’t nice. And another thing, everyone has axes to grind: be it the MSM, the ROK National Intelligence Service (NIS), or the US policy establishment (the last hardly a unified entity). We need to be aware of agendas, including our own, and exercise caution.

Yet to accept or opine nothing about North Korea unless it is fully confirmed is an impossibly purist position and an abdication of responsibility. We are supposed to know about this place! Even if much of the time we may feel like the blind men and the elephant of fable.

We must give it our best shot for four reasons. First, it’s our job and we shouldn’t cop out.

Second, the issues matter. We may not know the full facts right now, but we should be able to construct well-informed scenarios for plausible contingencies. Otherwise, what’s the point of us? We should step up to the plate, deploy our skills and exercise our judgment.

Because, third, if we don’t, then we yield the field to the ax-grinders and know-nothings. In a mad age, where opinion trumps expertise and the president of the United States suggests coronavirus patients should inject bleach, there is no shortage of pseudo-expertise on North Korea out there. It must not go unchallenged. If experts stay mum, charlatans and blowhards will fill the vacuum. How is that a good thing?

The fourth reason may be more contentious. Those who enjoin “No Comment” remind me of the old police adage: “Nothing to see here, move along.” Why? What are they trying to hide?

Let’s be honest and admit ideology is in play here. Some on the Left, laudably keen on peace and dialogue, would rather we see and speak no evil of North Korea, for diplomatic reasons. That includes not raising stuff that riles Pyongyang: a large category, including the Leader’s health, purges, human rights and much more. In this context, saying “we don’t know” risks conveying the subtext: “and we don’t want to know.” Not a good look, surely. Nothing should be off-limits for discussion and debate.

To return to the immediate matter in hand. I have argued elsewhere, as do others, that Kim Jong Un’s state of health is a big deal: a serious and underrated DPRK risk factor. To weigh the issues soberly and responsibly, if also at this stage somewhat hypothetically, is not to fall into some media or NIS or Beltway trap. It is our bounden duty.

A classical metaphor comes to mind, if you’re old-school like me. Odysseus had to navigate a narrow channel between two perils: Scylla, a six-headed monster, and Charybdis, a whirlpool. (This would work better the other way ‘round, but I need the alliteration here. Please bear with me.)

Charybdis is credulity: a no-brainer in more senses than one. Don’t believe everything you read about North Korea! We all know that.

But Scylla is skepticism: just as dangerous, maybe more so because it’s less obvious. Don’t believe anything you read about North Korea? That’s not right either. The tricky task is to navigate between the two, while not falling prey to either. This is hard. These waters are treacherous. But we have to set sail and try. If we sink, so be it.