The COVID-19 pandemic poses major governance challenges to dictatorships and democracies alike, but it has also proven to be something of a boon to autocrats and would-be strongmen. From the imposition of rule-by-decree in Hungary to crackdowns on dissent in Uganda and Cambodia, the upheaval and sense of domestic crisis engendered by the virus has created opportunities for authoritarians to cement their grips on power.

Kim Jong Un’s maximal authority in North Korea’s political system is already assured, but like any autocratic leader, Kim faces obstacles to the implementation of his will, from resource constraints and institutional inertia to a self-interested elite. And like other autocratic leaders, Kim seems to be using the current pandemic to try to overcome these barriers. At the end of last year, Kim signaled his desire to reassert centralized state control over the economy. The coronavirus may be providing him with an opportunity to achieve this goal. 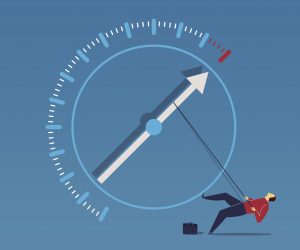 The North Korean government’s last major attempt at economic policy retrenchment—the 2009 currency reform—was a failure, and ultimately only weakened the state’s role in the economy. The debacle must have been instructive for Kim Jong Un, who took power upon his father’s death two years later. Early in his tenure, Kim allowed for modest agricultural policy reforms that echoed China’s first steps toward de-collectivization; granted significant autonomy to the managers of state-run enterprises; and rolled back some of the military’s special economic privileges. More broadly, Kim has simply allowed people—including state actors—greater latitude to make money for themselves, leading to an economy defined by crony capitalism for the elites and side hustles for the masses. A number of signals over the past two years, however, have indicated that Kim may be growing impatient with an economic system that has operated largely beyond the direct purview of the centralized state.

In September 2018, North Korea imposed new controls over foreign trade, reversing previous policies that had broadened the range of enterprises allowed to conduct foreign trade and permitted them to set their own prices. According to some reports, last year North Korean authorities also began raising fees for market stalls and discouraging the use of foreign currency for domestic transactions.

At the start of 2019, Kim Jong Un called for a struggle against “abuse of power, bureaucratism, and corruption,” and according to some reports subsequently began to seize the assets of members of the country’s moneyed elite in anti-corruption crackdowns. Corruption, in the North Korean context, is a fluid concept given the disjunction between how the country’s economy operates in theory and in practice. However, a sustained anti-corruption campaign in North Korea could best be understood as a core component of efforts to reassert the state’s role in the economy, serving as a warning to elites that the status quo is changing and that the regime’s interests must take precedence over personal interests.

Kim’s party plenum speech at the end of last year showcased his economic policy priorities for 2020, and expressed a desire to accelerate efforts to restore the state to the commanding heights of the economy. The North Korean leader ruefully admitted that “the state’s capability of execution and control for fulfilling the important economic tasks is weak.” In order “to put the economic work system and order on a reasonable track,” he added, the country must no longer “cling to the transitional and provisional work methods of the past.” Instead, Kim urged the North Korean party-state “to ensure both the interests of the state and the convenience of the people… by restoring the commercial system of the state, the socialist commerce, without delay.”

Such rhetoric and actions don’t necessarily imply a plan to return to the central planning of Kim Il Sung’s heyday or to debilitate the local markets that most North Koreans depend on for their daily rice. Revisions made to the DPRK Constitution last year removed longstanding language about the “Taean Work System” of the Kim Il Sung era and replaced it with reference to the “Socialist Corporate Responsible Management System” introduced by Kim Jong Un early in his tenure. Pak Pong Ju, the former premier who has been associated with market-oriented reforms, has also continued to occupy a prominent position in the regime’s hierarchy.

Rather than a full-fledged attempt to reverse reform, Kim’s intention seems to be expanding centralized oversight and control over commercial activities, and ensuring that the earnings from these activities mostly benefit the regime rather than go toward the nouveau riche class or into the pockets of self-dealing officials. Pressure from sanctions, the demands of military and party officials who haven’t benefited from marketization, and fear of the ideologically corrosive effects of straying too far from socialist orthodoxy may have contributed to this pivot.

At the beginning of the year, the prospects for successful implementation of policies that would drastically reshape North Korea’s political economy might have appeared slim. The status quo—with its blurred lines between both public and private dealings and individual initiative and corruption—had become entrenched. Despite its failings, the system had delivered modest economic growth for much of Kim Jong Un’s tenure, and provided relative stability under intensified international sanctions. However, the COVID-19 pandemic has drastically changed the context in which the North Korean state is operating, providing a major new impetus for Pyongyang to assert its authority over local economic actors.

As part of its initial response to the virus, North Korea closed its borders and began shutting down the smuggling networks operating along them, while also restricting internal travel and commerce and reportedly imposing price controls for goods sold at markets. Although a very limited volume of trade with China has resumed, North Korea’s anti-epidemic headquarters has exercised control over determining which goods will be prioritized for entry into the country, and efforts to prevent non-state smuggling presumably remain in full force. The longer such centralized control over foreign and domestic trade is successfully implemented, the less likelihood there is of a return to old ways of doing business. If North Korea is relatively successful in its attempts to control the spread of the coronavirus and manage its second-order economic effects (and those remain two big ifs), then the legacy of North Korea’s COVID-19 response could be a long-term realignment of how the country’s economy operates.

As North Korea’s response to the virus has taken shape over the past several months, the regime’s rhetoric about centralization of economic authority and the need to fight corruption has continued apace. Most notably, the report from a meeting of the Supreme People’s Assembly in early April reaffirmed the goal of centralizing oversight of the economy under the “unified operation and command” of the Cabinet, and per the policy guidance of the Workers’ Party. The report stated that unspecified “serious mistakes were found in the work of the Cabinet last year,” echoing Kim Jong Un’s past public criticism of several Cabinet-managed projects. Yet the SPA meeting nonetheless directed the Cabinet to “put efforts into holding full control of the resources and fund sources of the state, and securing financial ability and execution power capable of managing and operating the country’s economy in a unified manner.”

No Certainty of Success

North Korea’s actions to prevent the spread of COVID-19 have already had a major impact on the country’s economy. There is evidence of a growing shortage of foreign consumer goods in North Korea, and North Koreans who directly or indirectly depend on cross-border trade for their livelihoods are likely facing severe financial distress. It appears plausible that North Korea may have avoided a major outbreak of COVID-19 thus far, and a large infusion of food aid from China last year may have helped the regime to stabilize food prices after an initial shock in February. However, the situation could still take a rapid turn for the worse, leading to further economic turmoil as well as a horrific public health crisis. If Pyongyang’s efforts to manage the situation break down, then any possibility of a permanent recentralization of economic authority would be quashed.

Beyond this risk, there is a final hurdle standing in the way of any attempt by the North Korean government to rationalize its economic system: the need to establish a feasible alternative to the current order. Decentralization and institutionalized corruption have worked because the rules set by the state have been unworkable, and past failed efforts to roll back markets have left the central authorities in North Korea with a deep credibility deficit. The crisis posed by COVID-19 may provide the Kim regime with a chance to reassert the state’s role in the North Korean economy despite these barriers. Given this opportunity, it might be possible for North Korea to find ways to harness market mechanisms and the profit motive while maximizing revenue to the regime and keeping economic activities within defined, surveilled boundaries. But if the state fails to institute a workable alternative to the current system, its efforts may only compound the pressures on North Korea’s economy and its people.