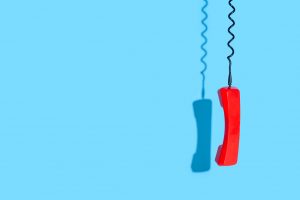 On the morning of June 9 (KST), North Korea announced to domestic and external audiences that it would “completely cut off all the communication and liaison lines between the north and the south”—joint liaison office, military and Blue House-North Korean party communication lines—at noon (KST) on the same day.[1] It said this was a first step of “phased plans for the work against the enemy,” indicating other measures will follow. Notably, the North announced that Kim Yong Chol, widely known as a hardliner, deliberated on these plans with Kim Yo Jong. Shutting down all inter-Korean communication channels appears to have been an escalation from what North Korea had suggested earlier, when it simply said it would start by abolishing the joint liaison office.

This announcement builds on the anti-South Korea statements and media campaign that began on June 4 with Kim Yo Jong’s statement—her third so far this year, and her second aimed at South Korea. Kim’s statement was followed by an unusual statement issued by the party’s United Front Department, which in turn was followed up by commentaries in the party newspaper Rodong Sinmun and the Korean Central News Agency (KCNA), and an ongoing series of rallies by front groups. This campaign seems too nicely choreographed, and too clearly aimed at the North Korean domestic audience, to believe that Pyongyang was acting on impulse simply in response to a single balloon incident.

Kim Yo Jong’s June 4 statement, issued in Kim’s capacity as first vice director of an unspecified party department, warned the South: “If they fail to take corresponding steps” against the leaflet scattering,

…they had better get themselves ready for possibility of the complete withdrawal of the already desolate Kaesong Industrial Park following the stop to tour of Mt. Kumgang, or shutdown of the north-south joint liaison office whose existence only adds to trouble, or the scrapping of the north-south agreement in military field which is hardly of any value.[2]

The “if” formulation suggested that the North for whatever reason was not yet ready to pull the trigger on its threat.

Hard on the heels of Kim’s statement, the United Front Department (UFD), the Central Committee department overseeing inter-Korean affairs and operations, issued a rare—maybe even its first-ever—public statement, seeming to toughen the North’s position but again tapping on the brakes slightly by noting that it had been instructed on June 5 (that is, the day after Kim Yo Jong issued her statement) only to “to start examination for the technical implementation of the content mentioned in [Kim’s] statement.”[3]

While the tone of the UFD statement was nastier and appeared on the surface to leave less room than Kim’s for South Korea to fix the problem, it too seemed carefully worded so as to not close the door entirely. In fact, there was a suggestion that if it moved ahead, this would be a staged process, with stops along the way to allow opportunities to evaluate the situation. Thus, the statement noted that as a first step the North would “withdraw” the North-South joint liaison office, and “followed by effectuation of various measures which we had already implied.”[4]

Much the same dance step was followed in subsequent commentaries on the June 6 and 7. The first made no mention either of Kim’s or the UFD’s statements, and suggested the situation was not beyond repairing: “It is proper for the south Korean authorities to get themselves ready to prevent recurrence of such inglorious happenings and clear their house of the rubbish before making senseless ‘response’ to us, if they truly value the north-south agreements and have an intent to thoroughly fulfill them.”[5]

By contrast, the commentary on June 7 did mention, albeit only in passing, both the Kim and UFD statements, and was measurably nastier in tone than the commentary the day before. Even then, however, it raised the example of how this sort of problem was fixed in the past, noting, “The north and the south agreed to ban all hostile acts including leaflet-scattering in the areas along the Military Demarcation Line in the historic Panmunjonm Declaration and the inter-Korean agreement in the military field.”[6]

So far, the level and language of the protest rallies are routine, with plenty of room for escalation if that is what Pyongyang wants to do. Apparently, workers are being encouraged to translate their rage at the South into more production—frequently a sign that despite bringing the propaganda temperature to the boiling point, it doesn’t want people distracted from the real tasks at hand.[7] One interesting point here—in line with the threats of “complete withdrawal” from the Kaesong Industrial Complex (KIC)—is that a rally of workers and trade union members on June 7 didn’t take place in Pyongyang but in Kaesong city, near the long-moribund Kaesong Industrial Complex but not actually in it.[8]

Curiously, in the middle of what looked to be a policy freight train picking up speed against the South, Kim Jong Un convened a party Politburo meeting which, according to DPRK media coverage, only discussed internal economic issues.[9] Considering the high public profile given to Kim Yo Jong’s statement only a few days before, the photographs in North Korean media of the Politburo meeting barely acknowledged her. Moreover, the KCNA communiqué announcing the North’s plan to cut communication links with the South mentioned Workers’ Party of Korea Vice Chairman Kim Yong Chol for the first time in this situation, a step that at least to some extent, seems to dilute Kim Yo Jong’s role.

Pyongyang rarely acts on the spur of the moment. The North Koreans are strategic thinkers and as a general rule, plot their moves out carefully. Position papers go up the line with ideas from Central Committee departments, critical comments and questions come down from the front office and then new drafts with revisions work their way back up again. Understanding that process is important in gauging the current episode. North-South relations have been on the rocks for well over a year, and it is hard to believe that the recent incident of propaganda leaflets was, by itself, enough to push the UFD into scrambling for ideas to threaten what remains of the inter-Korean dialogue. The story is never that simple.