Commercial satellite imagery of North Korea’s Punggye-ri Nuclear Test Site from May to July indicates the site is being well maintained. Occasional vehicle tracks are observable, but there are no indications of site reactivation or new tunneling.

The North Portal is the entrance to the tunnel complex where the last five North Korean nuclear tests have occurred. The entrance was demolished via explosives in May 2018, however, the North Korean claim of total destruction of the tunnel complex cannot be verified via satellite imagery. The unidentified objects near the collapsed entrance, first spotted in March, were still present in May and June. It is unclear whether they remain in place, as the area is now obscured by foliage. The purpose of these objects is unclear, but they may be related to radiation monitoring.

Figure 1. Unidentified objects present from March through June and obscured in July near the North Portal.

No activity is observable around the East, West or South Portal areas.

At the demolished Main Administrative Support Area, situated between the North and South Portals, occasional vehicle tracks and objects can be seen, indicating ongoing activity. The greenhouse appeared unused in May and June, suggesting very few, if any, support and security personnel remain living onsite. However, on July 3, an object is present inside the greenhouse and the apparent greening could indicate new planting or simply the growth of weeds.

On July 3, probable small carts or vehicles are observed along the small road leading to the Command Center, which remains intact. Their purpose is unknown.

Figure 3. Small carts or vehicles observed along the road leading to the Command Center, July 3, 2020. 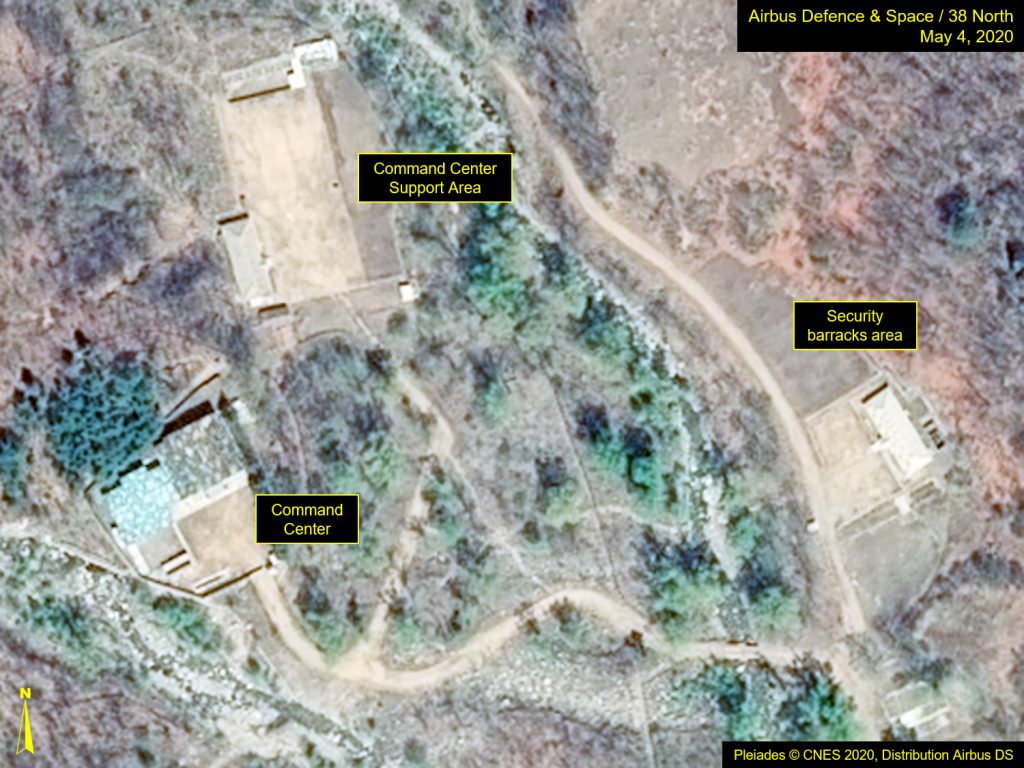 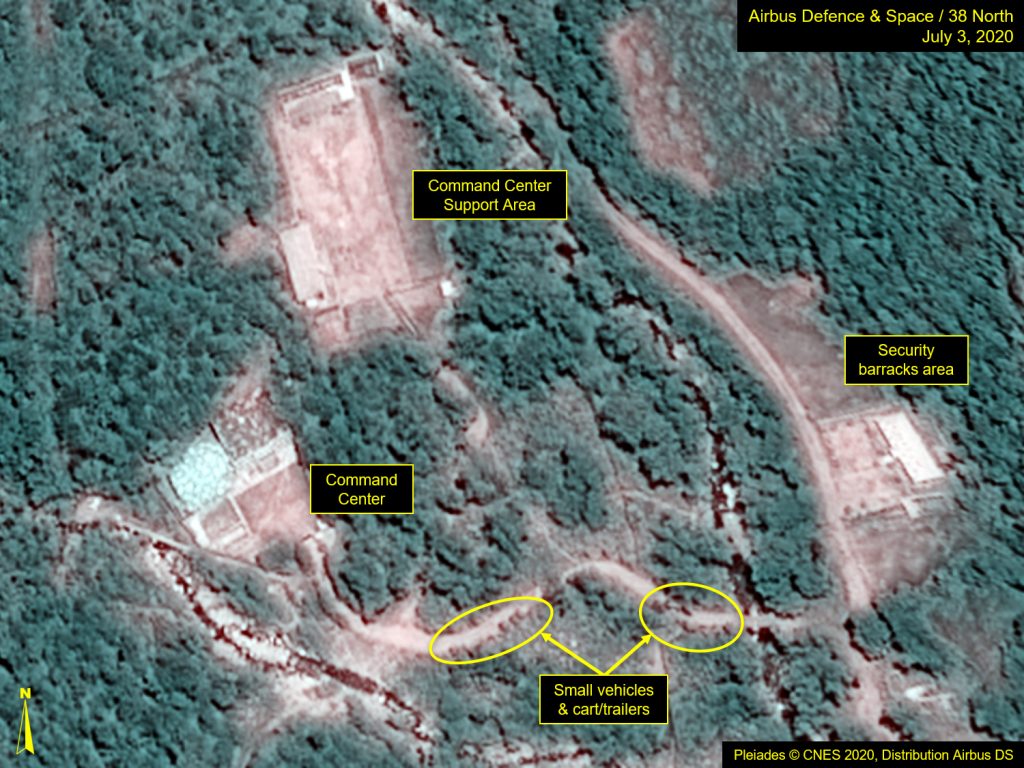