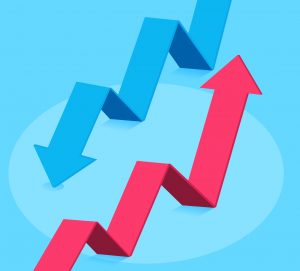 Over the past few weeks, North Korea, in a surprising move, has apparently sharply pushed up the value of its won against US dollars and Chinese yuan in domestic markets. The move, made quietly, may be in preparation for significant adjustments to prices and wages in the new five-year plan, which is expected to be unveiled in early January, as well as an attempt to head off hyperinflation. Such adjustments would try to narrow the wide discrepancy between fixed prices and wages set by the plan and those that are in supply and demand, that is, market based—a gap breeds inefficiency and corruption and is ruining the socialist economy. In the past, similar efforts have only led to hyperinflation.

The two major sources of data on the value of North Korean won against US dollars and Chinese yuan reported a sudden sharp uptick in the won’s value in late October that continued into mid-November;[1] both say the markets may not be operating normally. (The charts below depict the value of the foreign currency, so a fall is a rise in the value of won, from Asia Press [Rimjingang] through November 20, 2020.)

The movement is odd for several reasons. A hallmark of Kim’s regime has been the stability of the won and low inflation—conditions that have been maintained for seven years, a sharp departure from the rampant inflation and devaluations of the Kim Jong Il era. And this has happened despite a devastating loss of exports due to United Nations sanctions.

I and others, for example, Peter Ward of NK News, have theorized the stability is due to the regime adopting a very tight monetary policy that has reduced the volume of won, making it more valuable while pushing the economy into recession. But it still seems illogical for the won to suddenly rise in value in the face of a near-complete stoppage of North Korea’s exports of goods and presumed pressure on other sources of income, such as tourism and overseas workers’ remittances. One might expect the opposite.

Most tellingly, the implied cross rate between the US dollar and Chinese yuan in this trading shows a large discrepancy compared to international markets for these currencies. The data imply that the yuan has fallen sharply against the dollar in North Korean markets even though in the past month, it has risen everywhere else.

If this is the case, and the markets are actually operating, any trader can easily make money, buying cheap yuan in North Korea and selling it at a much higher price, in dollar terms, in China. One factor that has given confidence in the use of both Asia Press and Daily NK reporting, which rely on phone conversations with market people inside North Korea, is that this cross rate has been very close to the international market rate. Now that is not the case.

Curtailing the Use of Foreign Currencies

As we are left to speculate about what is going on, there are several possibilities. Most likely, as both reporting sources explain, there is a big effort by North Korean authorities to clamp down on the use of foreign currencies. Widespread use of foreign money makes it difficult for the regime to fund its own budget or expand won credit needed for investments. An example is an apparently botched effort to sell bonds to finance a new hospital in Pyongyang this summer.

But rather than confiscate foreign money—which is found in almost everyone’s wallet and as occurred in a financial debacle in 2009—the government is just ordering, or extremely restricting, where it can be used. At the margin, for immediate purchases, this may force people to cash in hard currency for won at the prescribed rates, but it would probably not cause them to cash in their savings, and such orders are not likely to withstand for long the incentive to trade.

Halting use of foreign currency is not, however, consistent with devaluing yuan against the dollar, and raises the question of whether this is another botched attempt to rescue the won. If so, the blowback might be severe. Moreover, an inability to use foreign money will quickly drive markets into recession, with prices dropping and investments souring. Hostility and unemployment among the population would increase rapidly, especially among the monied and much-needed donju, or merchant class. An abrupt correction, or sudden drop in won, might be inevitable, as occurred in 2009.

One factor that may have given the authorities a false sense of confidence is the huge drop in North Korean imports in recent months, down to virtually nothing in September based on Chinese Customs data. Since China climbed on board with tough sanctions in 2017, North Korean exports have been hit hard but imports, through 2019, held up well, thus creating a big trade deficit likely financed in part by an outflow of private hard currency holdings. That has changed with the pandemic-related border closings, and now money is probably not flowing in either direction.[2]

A more positive interpretation of the currency movements could be related to the Party Congress and the new five-year plan. For decades, North Korea’s mixed plan and market economy have created a dual price structure, with very different prices in the state and market sectors for everything, but most importantly, for labor. State sector workers receive almost no monetary income and must rely on rations and often illegal sideline market activities to make ends meet. Corruption is so rampant that the socialist system may now be seen in peril even as the market system fails to take over.

An effort to unify the prices may be in the works, and a first step would be to try to raise the value of won in the markets while lowering its official value to bring them into alignment, along with a reset of all state prices and wages. This would be an extremely difficult task that has previously failed multiple times.

Finally, one of the most important advances for North Korean human rights over the past several years has been the ability of its citizens to establish their own financial savings, in the form of US hundred dollar bills, which they perceive having a long-term “store of value,” unlike their perception of the won. This growth in personal savings, even without interest, has enabled inflation to be halted and has stabilized the won. But it has hindered spending for state or investment purposes. These are likely at the forefront of Chairman Kim’s thinking right now as he evaluates the new five-year plan, scheduled to begin in January along with the new Party Congress.

Although unlikely, Kim would do well to try to get international help for such a major reform of the country’s monetary and pricing systems. After all, dealing with dollars and yuan is not just his own business, and international organizations stand ready to help if there is progress on the nuclear issue and market reforms. A deal with the US could bring instant support for the won and make economic reforms, and a new five-year plan, much more palatable to everyone.