The back-to-back typhoons late last summer, and in particular, Typhoon Maysak, ravaged the mining area of Komdok, destroying many of the workers’ homes and washing out key road segments and bridges necessary for the transport of mining ores. This, in turn, disrupted the region’s mining operations as well. When Kim Jong Un visited the devastated region in October 2020, he not only promised to rebuild the Komdok area, but stated that this would be just the first stage in the transformation of Komdok into a model mining city. He stressed the need for the repairs to be completed during the 80-day rebuilding campaign (ongoing at that time) and pledged “to take charge of the project himself.”[1] It was a hopeful message given to the people of Komdok, and commercial satellite imagery from November 2020 confirmed those actions were well underway. But recent satellite imagery from June has revealed that since then, the pace of construction has fallen dramatically.

Imagery from November 2, 2020 had shown the area all abuzz with construction activity. Road repairs were well underway, and construction of new apartment buildings was rapidly progressing.  Most notable was the construction of approximately 90 buildings clustered close together near Komdok Number 3 Processing Plant, which processes refined ore from the Ryongyang Magnesia Clinker Branch Factory.

However, contrary to the rapid pace observed in November, satellite imagery taken in May and June 2021 indicates that the pace has not been sustained. While all the roadways and bridges appear to have been repaired or replaced, little in the way of newly completed apartment buildings is observed. The 90-unit section located adjacent to the Number 3 Processing Plant, started in late August 2020 and largely completed by November, is now complete, but few other buildings have been constructed in the city along the Puktae-chon (River), where 14 new apartment buildings were built between August and November of last year.

Imagery from May indicated new construction had begun. Old housing units, located at the north and south ends of the city, many of which may have suffered flood damage from previous typhoons, had been razed. In their place, the beginnings of new buildings were observed, including the placement of foundation footers and first-floor wall construction for numerous apartment buildings. Between May 30 and June 12, few advancements had been made, but standing water in the streets suggests that recent rains may have been a constraining factor. 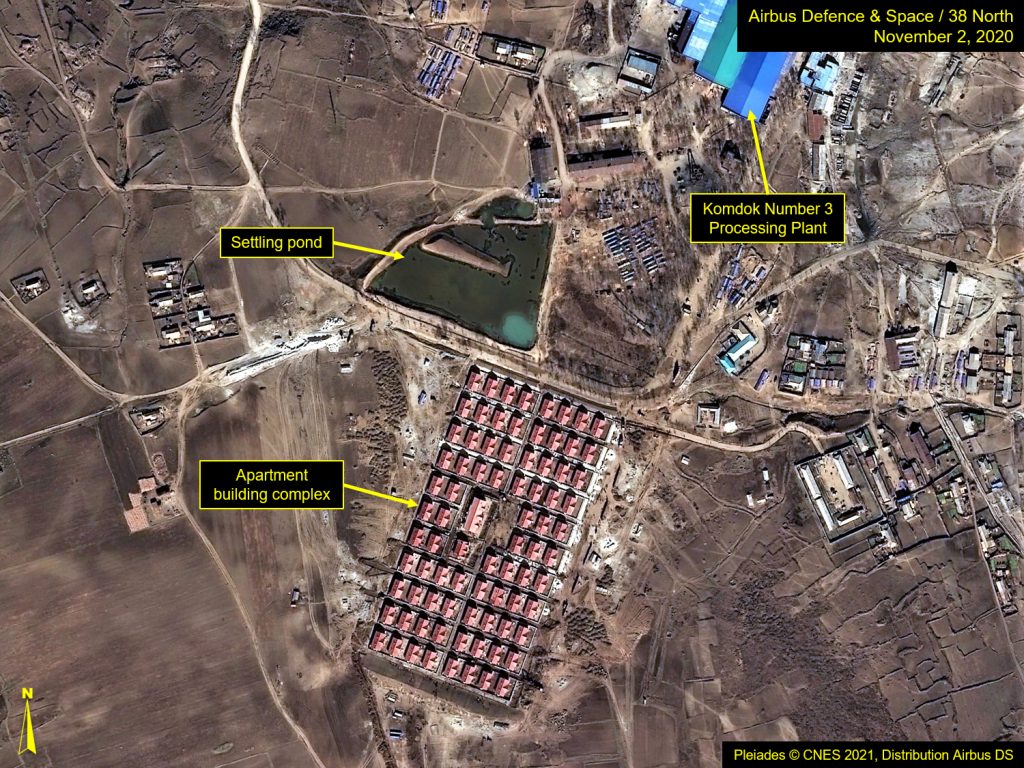 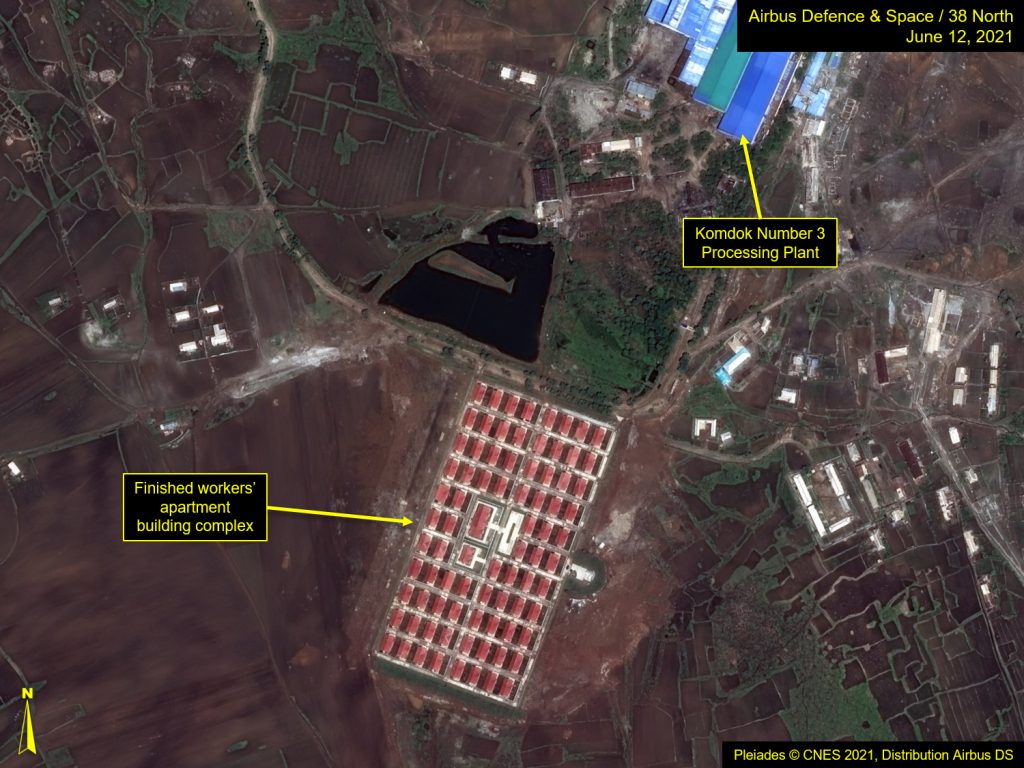 Figure 3. Buildings under construction at northern end of Komdok. 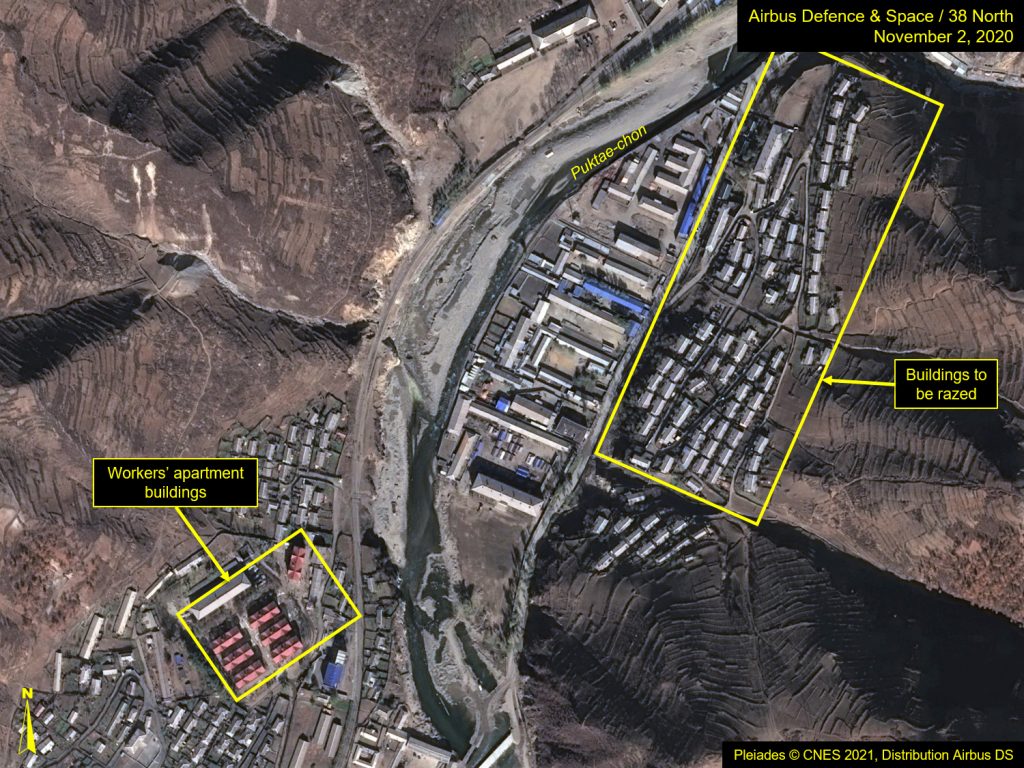 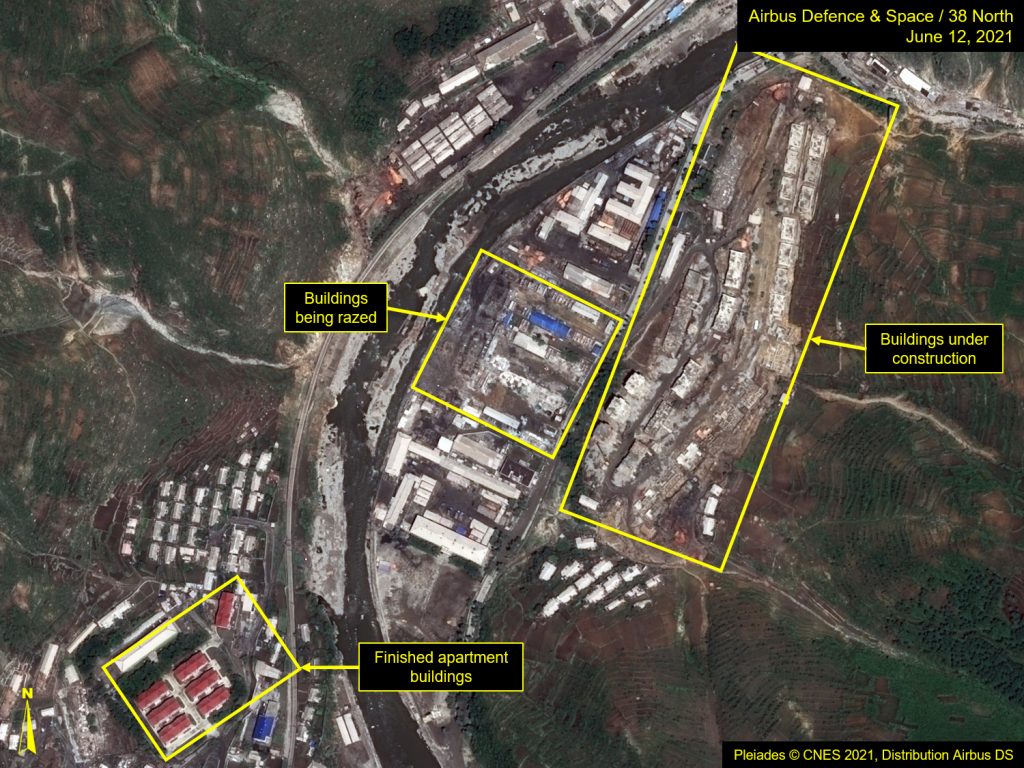 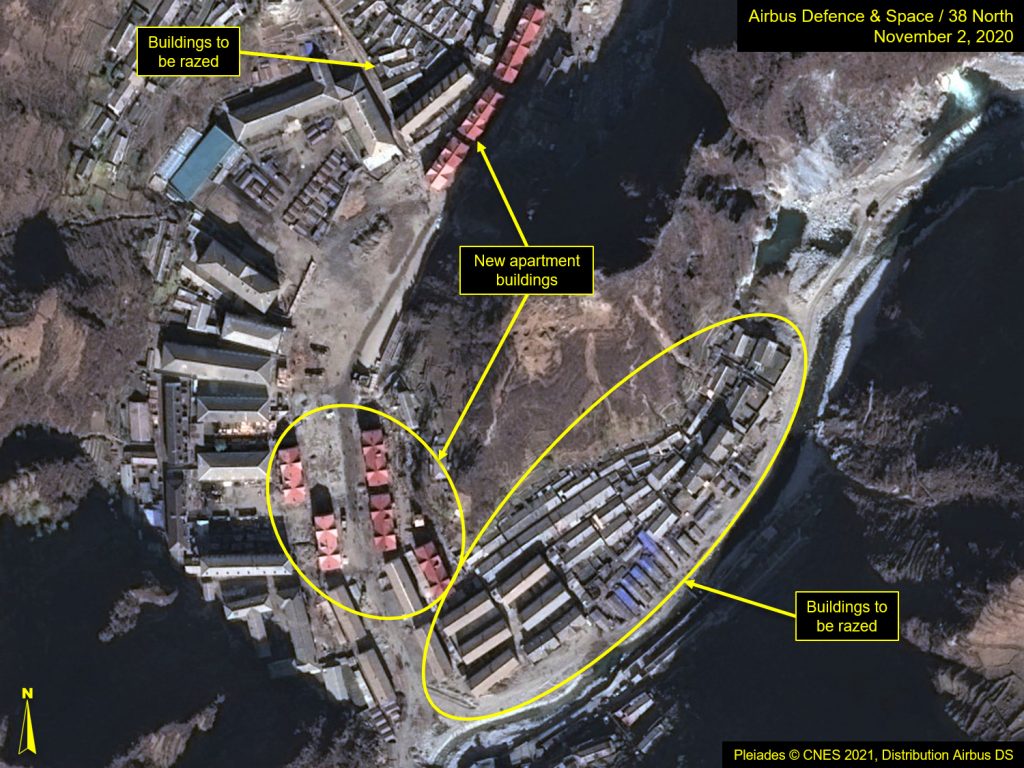 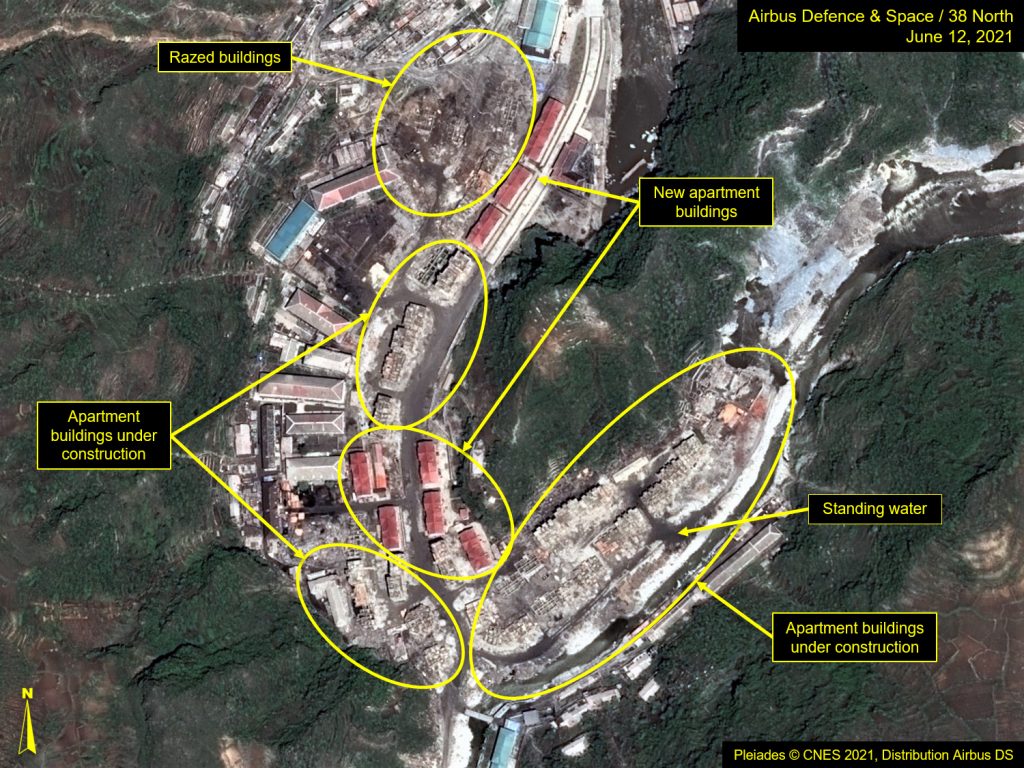 Most of the mining in the Komdok area is underground, making it difficult to measure output via imagery due to the lack of visual signatures. While there are a few open pit areas, most of the spoil observed on the hillsides is the result of tunneling activity. Regardless of mining practice employed, little if any change to the size of the spoil piles has occurred since November, suggesting no new tunnels have been opened and that any extractions are coming from active veins. The conveyors, however, which are used to move the ore from the mines to the crushing mills and transfer stations, are all covered, and there are only a few open-air ore storage bins. Moreover, while ore is transported from the mills by both rail and truck in this area, infrequent imagery makes it impossible to monitor that rolling stock and truck traffic to the degree needed to determine output.

While imagery does not provide much insight into the status of mining operations, a recent Daily NK article suggests there has been a shortage of labor to work in the mines, reporting Korean People’s Army personnel will soon be discharged to take on this task. This labor shortage may also be a cause for the slower pace of construction around the area as well.