Recent commercial satellite imagery indicates that North Korea’s Punggye-ri Nuclear Test Site is still being maintained and patrolled. No activity to reactivate the site, such as portal re-excavation or support infrastructure rebuilding, has taken place to date.

In imagery from January 12, worn paths around the North and West Portals indicate that some level of security patrol and/or radiation monitoring—consistent with previous reports—continues. These portals have only been accessible by foot since their explosive demolition in May 2018, which left rubble blocking the roadway and bridge leading to these areas. Weather events in 2021 further eroded these roadways, and while portions have been restored to ensure they are passable, other portions have only been marginally repaired.

Figure 2. Worn paths near the North and West Portals. 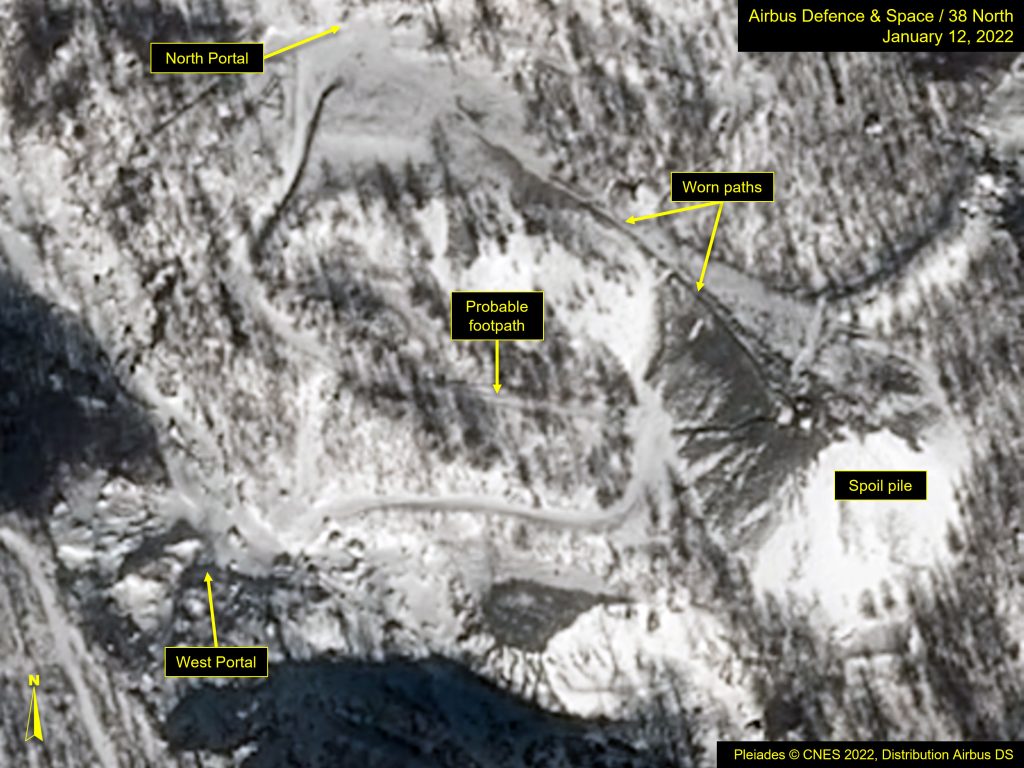 Roads remain snow covered and no footpaths are visible around the South Portal, or abandoned East Portal.

Figure 3. No activity around South Portal.

While the full extent of the May 2018 demolition of the test tunnels is still unknown, it is possible some parts remain undamaged. To date, no efforts to try to re-excavate the portals or rebuild the support infrastructure have been observed.

At the Main Support Area, snow melt on the roofs of the two long buildings suggest they are in use by site personnel.

Snow cleared in front of the Southern Support Area’s administration buildings indicates the buildings are also in use. The access road to the security barracks and Command Center—which remains intact—has been cleared of snow and vehicle tracks are visible.