Recent commercial satellite imagery of North Korea’s Sohae Satellite Launching Station indicates that major construction has started on the vertical engine test stand (VETS)—the country’s largest liquid-fuel engine test stand. Efforts to enhance and expand the complex have been underway for approximately eight months already, as previously directed by Kim Jong Un.[1] This has included an overhaul of the rocket launch pad, the building of a new tunnel connecting the complex to support facilities to the east, the razing of the former launch control building in the VIP housing area and construction of a new facility there, the addition of a new rail depot just north of the Sohae complex, and new roadways both inside and outside of the complex. However, until now, the VETS had remained relatively unchanged. With this development, work is now well underway at all the major facilities within the complex.

As of October 24, only minor activity had taken place at the VETS, despite major construction at other key facilities throughout the Sohae complex. This included building a new access road to the test platform area and removing all support vehicles associated with past tests from the test stand apron.

By November 13, significant activity on the test stand itself was underway. Specifically, the rail-mounted environmental shelter, used for both protection of the engines (when loaded) from the elements and to deny observation of test preparations, had been pulled away from the test stand and positioned back on the apron. Several vehicles are now on the apron as well, along with building materials.

Figure 1. Activity at the VETS observed between October 24 and November 13.

Additional construction has started immediately southeast of the VETS. The purpose of this new structure is unclear, but based on its size and location, it may be a blockhouse from which to control and monitor an engine test.

Figure 2. New building under construction southeast of the VETS.

Several trucks are also now parked at the support area north of the security checkpoint for the VETS. Vehicles are rarely observed in this area. Those currently present are likely associated with construction activity at the VETS.

The last confirmed usage of the VETS was in December 2019. Imagery from earlier this year appeared to show vegetation cleared from below the exhaust bucket—usually a tell-tale sign of engine testing—but no test was confirmed. Given recent developments, that activity was more likely related to early preparations for construction.

Construction continues on a new building in the VIP housing area whose foundation was first noted in mid-October. Since then, the footprint for the structure has doubled in size. The building is located immediately west of the now-razed, former launch control building. 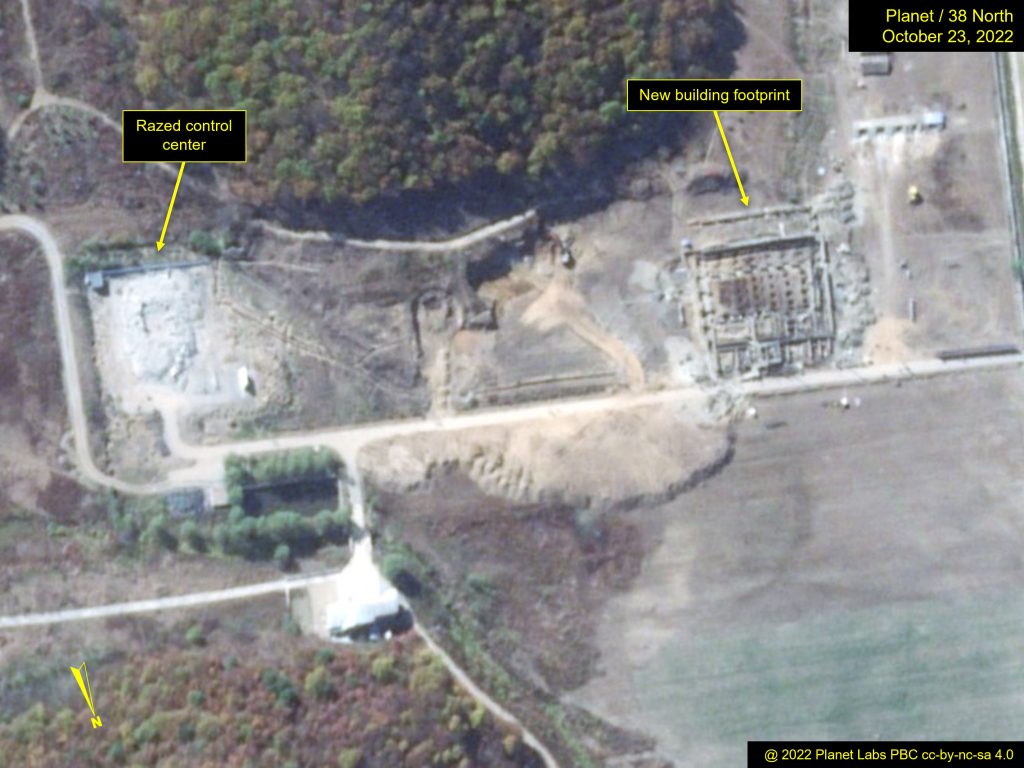 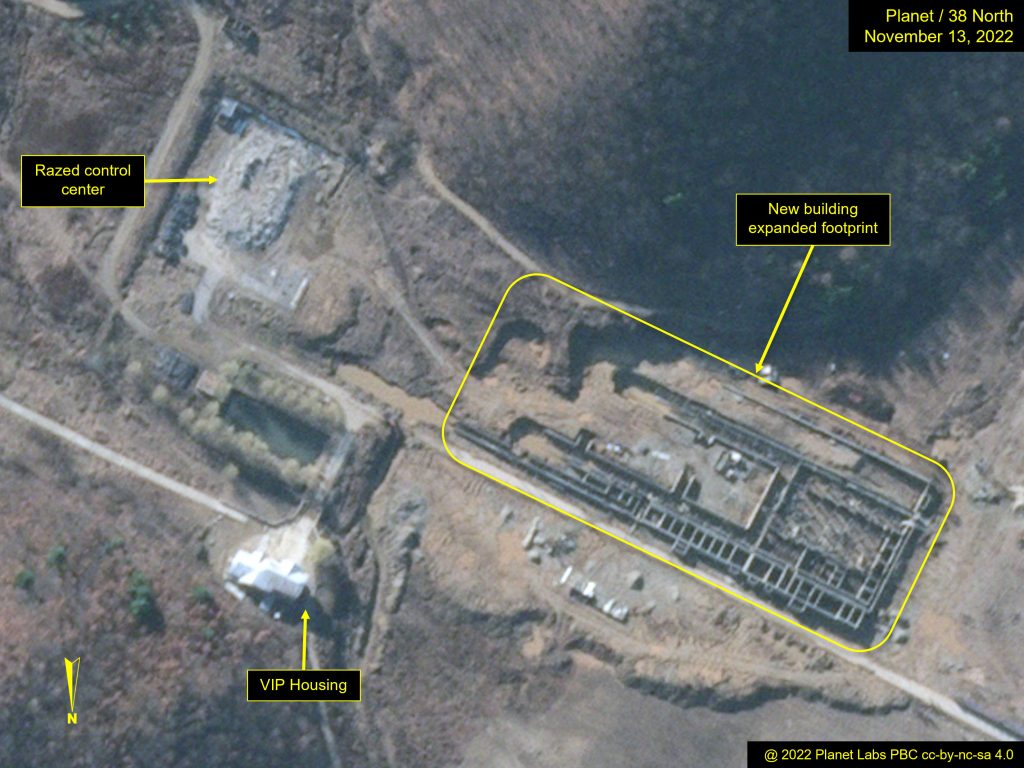 Construction at the entrances to the new tunnel connecting the VIP housing area to the housing and support area along the coast continues and is especially noticeable at the west end.

At the newly constructed rail depot north of the main security entrance to the Sohae complex, the center roof section of the warehouse on the platform, which was missing in October, is now repaired. 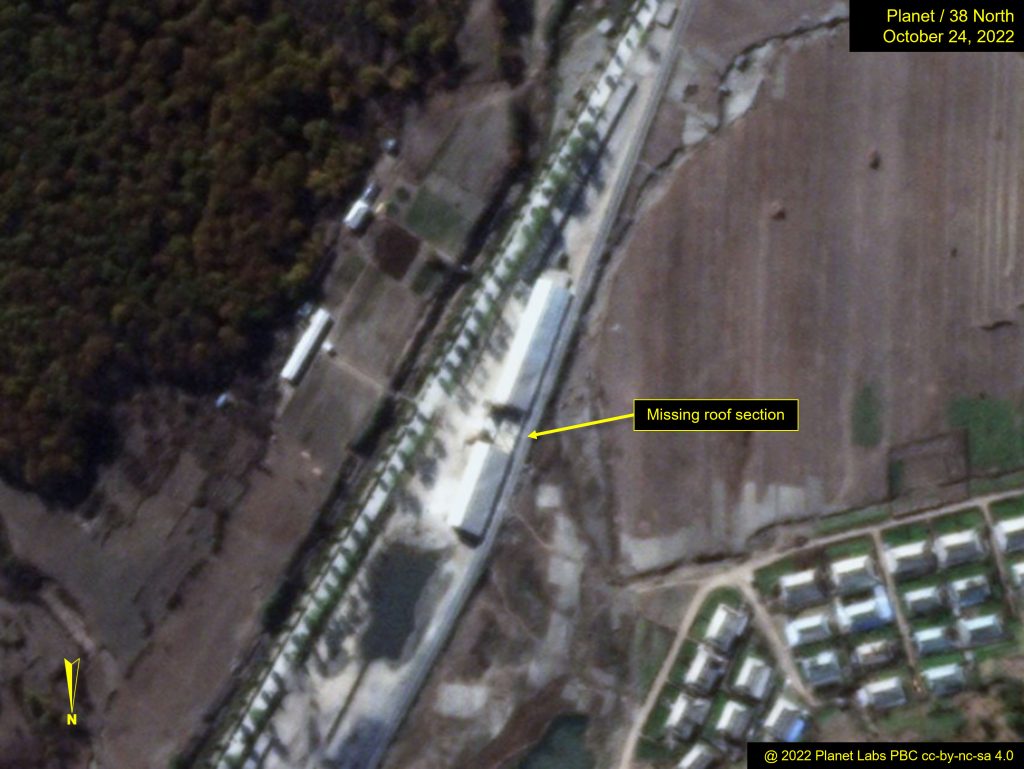 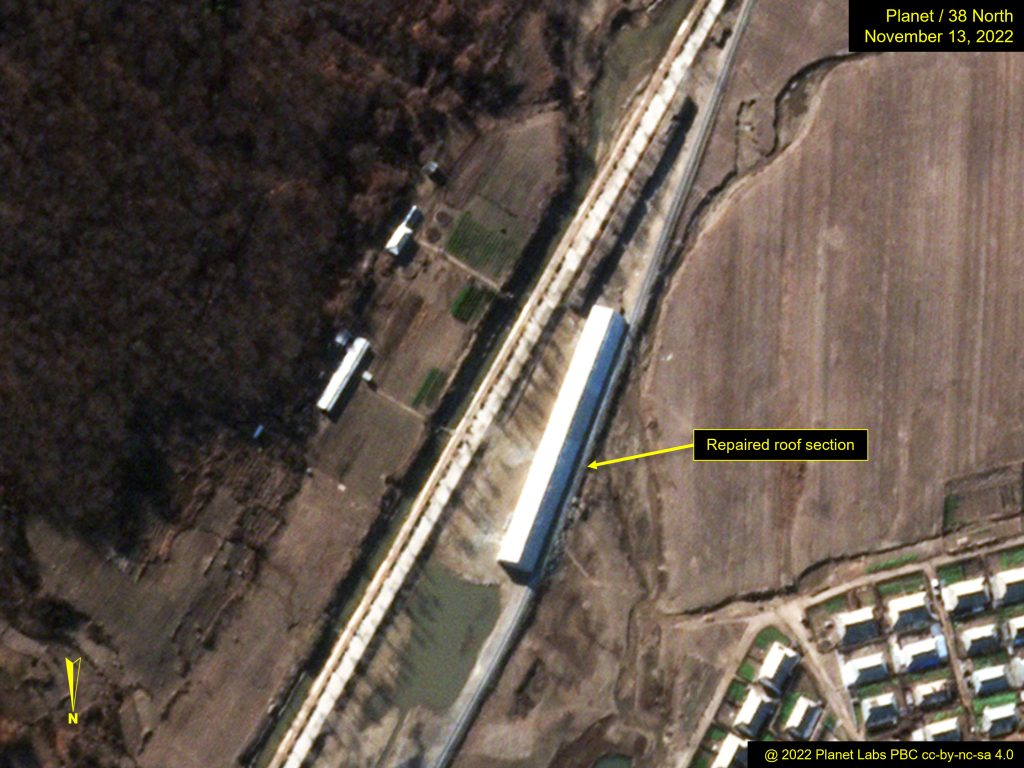