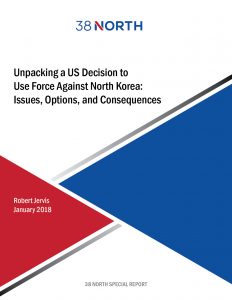 Although there is no formula for evaluating the likely efficacy of using force against North Korea, there are a number of factors, dilemmas, and trade-offs that should be considered.

It is often hard to predict the physical effects of any use of force because there are multiple uncertainties. Even more difficult and important is the need to estimate the political impact that the damage will produce. Short of an all-out war, this is the paramount question. To paraphrase Clausewitz, a military strike is a form of politics by other means.

We need to start by asking what is the objective we hope to achieve, why do we expect the proposed measures to achieve it, what are the likely side effects and costs we can anticipate and how they might be mitigated, and what should we do if our measures fail to have the intended results.[1]

Unless force is aimed at totally disarming North Korea or overthrowing its regime, its initially limited application would be an instrument of pressure and bargaining. It would be designed to strengthen our hand and weaken North Korea’s. Although presumably, it would destroy some of the North’s military capabilities, it is coercion and bargaining because the US would be trying to influence Pyongyang’s decision on how to respond. The war must be kept limited if the American victory is to be worth the gamble. The enemy gets more than a vote; he gets to decide.[2]


Download "Unpacking a US Decision to Use Force Against North Korea: Issues, Options, and Consequences," by Robert Jervis.